Flowers and a Virgin Mary painting adorn makeshift memorial for the victims of Saturday mass shooting at a shopping complex in El Paso, Texas, Sunday, August 4, 2019.

After mass shootings, some Pa. Democrats urge Wolf to call a special session

'We need to hold folks’ feet to the fire,' said a Philadelphia Democrat. 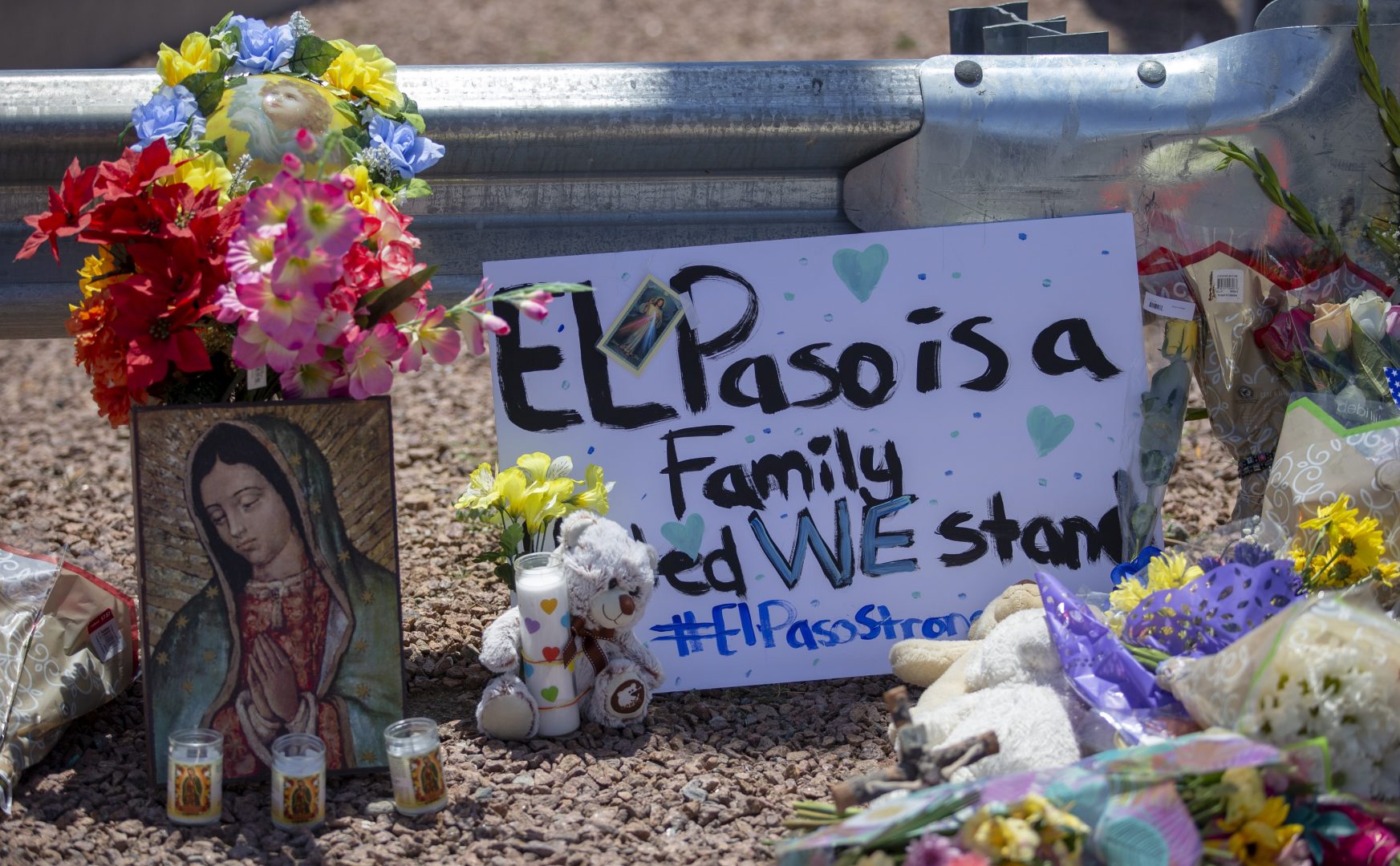 Flowers and a Virgin Mary painting adorn makeshift memorial for the victims of Saturday mass shooting at a shopping complex in El Paso, Texas, Sunday, August 4, 2019.

Some Pennsylvania Democrats are urging Gov. Tom Wolf to call the legislature back to Harrisburg for a special session on gun violence, even as other legislators concede it’s unlikely such a session would produce any meaningful action.

State Rep. Kevin Boyle, a Democrat who represents Philadelphia and part of Montgomery County, was the first to take to Twitter to call for the emergency session in the wake of two mass shootings in Texas and Ohio.

In response to El Paso and Dayton I call on @GovernorTomWolf to call the PA House and Senate back into session immediately to address gun control measures.

Other members of his caucus chimed in. Philadelphia representatives Malcolm Kenyatta and Brian Sims, and Chester County’s Danielle Friel Otten all said they were on board.

Katie Muth, a Democratic senator from Montgomery County, gave the idea her blessing as well.

Too many cowards hiding away during their summer legislative vacation here in PA… Every state legislature should be meeting now to expedite passing common sense gun safety laws that should’ve been passed years ago. #StepUpPA #BanAssaultWeaponsNow #massshooting https://t.co/5meFGJifaZ

Under the Pennsylvania constitution, the governor can call a special session “whenever in his opinion the public interest requires.”

But while the governor can force legislators to return to Harrisburg, he can’t force an up or down vote on specific bills.

Virginia has a similar statute, and a similarly divided state government. There, Democratic Gov. Ralph Northam convened a special session on gun violence in July. But WAMU reported, the GOP-controlled legislature quickly voted to end the gun debate early and return in November.

Still, Kenyatta thinks it is worth bringing lawmakers back to Harrisburg. 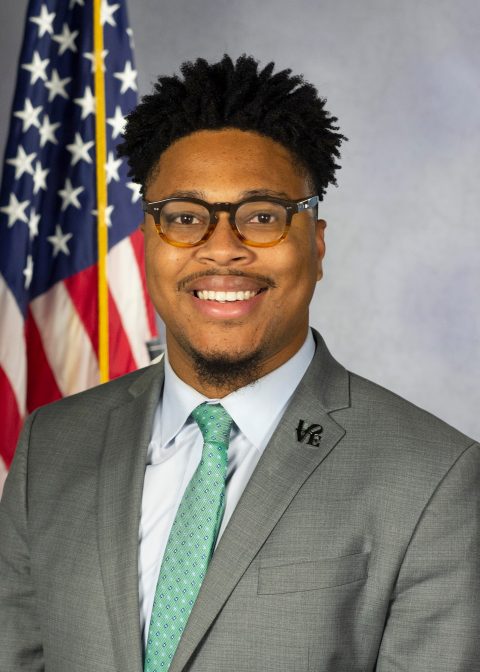 “If the governor calls an emergency session and members of the House just convene and leave, I think the voters are going to … have a very negative opinion of that type of behavior,” he said.

He would like to see lawmakers take action on legislation to expand background check requirements, ban people on the federal “no-fly” list from buying guns, and require people to report a lost or stolen gun within 72 of discovering the gun is missing.

“We need to hold folks’ feet to the fire,” Kenyatta said. “Call the session. Let’s get to work.”

J.J. Abbott, a spokesman for Wolf, said the governor is not necessarily opposed to a special session.

However, Abbott said without “commitments to allow votes on critical reforms that will save lives…there is no guarantee of action.”

“What is desperately needed is broader recognition that change is necessary to protect all Pennsylvanians,” Abbott said. “Gun violence is a crisis that shows itself not just in mass shootings like Tree of Life, El Paso or Dayton, but in community gun crimes, suicides by gun and domestic violence.”

Wolf has long been an outspoken proponent of stricter gun laws— particularly, broader background checks and a ban on so-called “assault weapons.”

We can ban assault weapons and institute stricter background checks.

We can make communities safer.

We can target white nationalism and promote tolerance.

We can invest in mental health care and help those struggling.

We cannot accept this violence as normal. We must act.

In 1995, newly-elected Republican Gov. Tom Ridge convened a special session focused on crime that led to the passage of more than 30 measures. He called it “the most successful special session in the history of Pennsylvania.”

Former Democratic Gov. Ed Rendell called multiple special sessions, including one that led to the passage of a property-tax relief bill in 2006. But a special session on transportation in 2010 didn’t lead to any new laws.

In 2014, while facing re-election, Republican Gov. Tom Corbett said he was considering a special session to address costs for state pensions. But he didn’t call one.

Wolf hasn’t called a special session while governor. He and Republicans considered holding one to address the opioid epidemic, but they decided bills could move through the legislature more quickly without one.

Terry Madonna, a pollster and professor at Franklin and Marshall College, said in order to be effective, a special session typically needs two things — a unified legislature and governor, and “a sense of urgency from the voters.”

“The difficulty that Governor Wolf has is fairly simple,” Madonna said. “He’s got a legislature that is not going to be very compliant with what he proposes to do.” 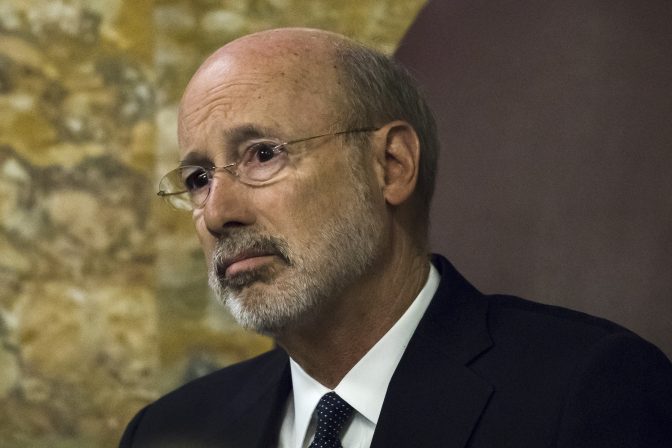 Gov. Tom Wolf listens as Pennsylvania lawmakers come together in an unusual joint session to commemorate the victims of the Pittsburgh synagogue attack that killed 11 people last year, Wednesday, April 10, 2019, at the state Capitol in Harrisburg, Pa.

Polls have shown some growing support for measures like universal background checks, Madonna noted. But the commonwealth, with its large rural swaths and strong hunting culture,  has “always been a tough state to do gun control measures,” he said.

After passing a budget and related bills in June, the House and Senate went on recess and are not scheduled to reconvene until Sept. 17 and Sept. 23, respectively.

“Whether in a special session, or in regular session, our members are working to find an answer to ending horrific acts of violence while recognizing there are millions upon millions of Pennsylvanians who responsibly and legally own firearms,” said Mike Straub, a spokesperson for House Republicans.

A House Democratic spokesperson, Bill Patton, said a special session would hold “the same challenge of persuading Republican leaders and chairmen to allow votes on bills.”

Senate Republican spokeswoman Jenn Kocher deferred to the chamber’s Judiciary Committee on the issue, saying committee chair Lisa Baker, a Luzerne County Republican, “has indicated her interest in working through some of these areas of concern during our fall session.”

GOP Senate President Joe Scarnati did weigh in on the shootings on Twitter; echoing many national Republican politicians, he focused on mental health, not guns.

The shootings over the weekend in El Paso and Dayton are horrifying and have left us shaken. The victims, their families, friends and first responders are in our prayers. Mental illness plays a large role in many of these shootings which cannot be ignored.

Legislation that seeks to control gun purchases and firearms possession has long faced an uphill slog in Pennsylvania’s legislature.

The most recent success—in fact, the only success in recent memory—came earlier this year with the enactment of a law that makes it easier for law enforcement to confiscate a person’s guns if they are convicted of domestic violence or are subject to an protection-from-abuse order.

The measure also changes the standard for storage of confiscated guns, requiring them to be held by police, a licensed gun seller, an attorney, or a commercial armory—and not by a friend or family member of the person from whom the guns were confiscated.

In order to pass the bill, lawmakers pitched it as being about domestic violence, not guns.

It’s a tactic they’re now attempting with another measure—a bill that would allow police and family members to petition a judge to temporarily restrict a person’s ability to possess firearms, so long as they can prove the person is a danger to themselves or others.

Last year a version made a little progress, but ultimately stalled. Delaware County Senator Tom Killion is one of a few moderate Republicans sponsoring that measure–colloquially known as a “red flag” bill.

Killion noted that one of the key reasons last session’s domestic violence bill received enough bipartisan support to pass was that its sponsors compromised with the National Rifle Association so that the group would remain neutral, instead of opposing it.

“There are places in the state where the NRA endorsement … carries a lot of weight,” Killion said. “They’re good people, I think they’re well-meaning and they run a lot of great programs, but I think they’re worried about the slippery slope.”

Killion himself isn’t as worried about slippery slopes.

He said he would happily support a bill to require FBI background checks for all gun sales in Pennsylvania. But for now, he said, his attention is firmly on his extreme risk bill.

“You start trying to do too much, then you end up with nothing,” he said. “If I can get this done, I’ll be quite happy.”

President Donald Trump gave legislation like Killion’s a boost in remarks on Monday about the El Paso and Dayton shootings. The president said he would back similar legislation on the federal level.

Lindsey Graham of South Carolina, the Senate Judiciary Committee chairman and close Trump ally, said he plans to introduce a bill aimed at incentivizing states to create “red flag” laws by giving federal grants to state law enforcement. That, he said, would allow police to hire and consult with mental health professionals to decide which people pose a threat and should not have guns.

In the Pennsylvania House, state Rep. Todd Stephens, R-Montgomery, is also pushing for the creation of extreme risk protection orders.

On Monday, he sent a leader to House Republican leaders, urging them to prioritize a discussion on gun violence as they create the fall agenda.

On social media, Senate Democrats have been perhaps the most outspoken caucus when it comes to guns. Leaders tweeted their support for bills ranging from extreme risk protection orders to expanded background checks and limits on gun purchases and magazine size.

The @PaSenateDems have introduced a number of bills aimed at reforming Pennsylvania’s gun laws in order to protect our citizens.

But caucus leader Jay Costa said despite some movement in the last few years, he doesn’t see much consensus on the issue. And that, the Pittsburgh Democrat said, makes him confident that a special session would be fruitless.

“If we know that folks are going to be serious about moving legislation, then I think it makes sense,” he said. “But if it’s just going to be about introducing legislation and not doing anything at all about it, then I don’t think it’s worthy.” 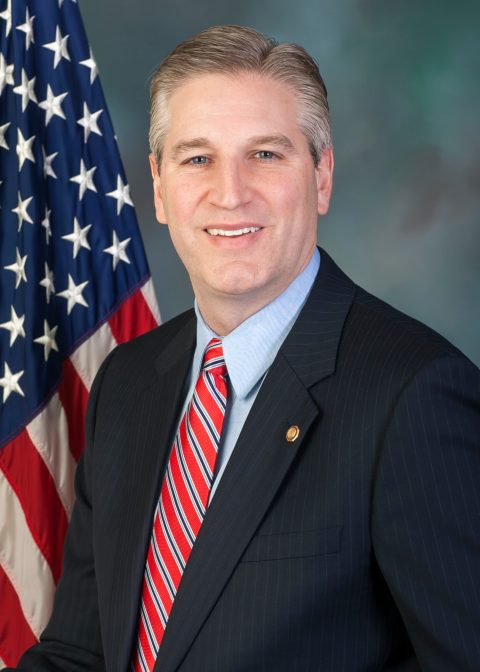