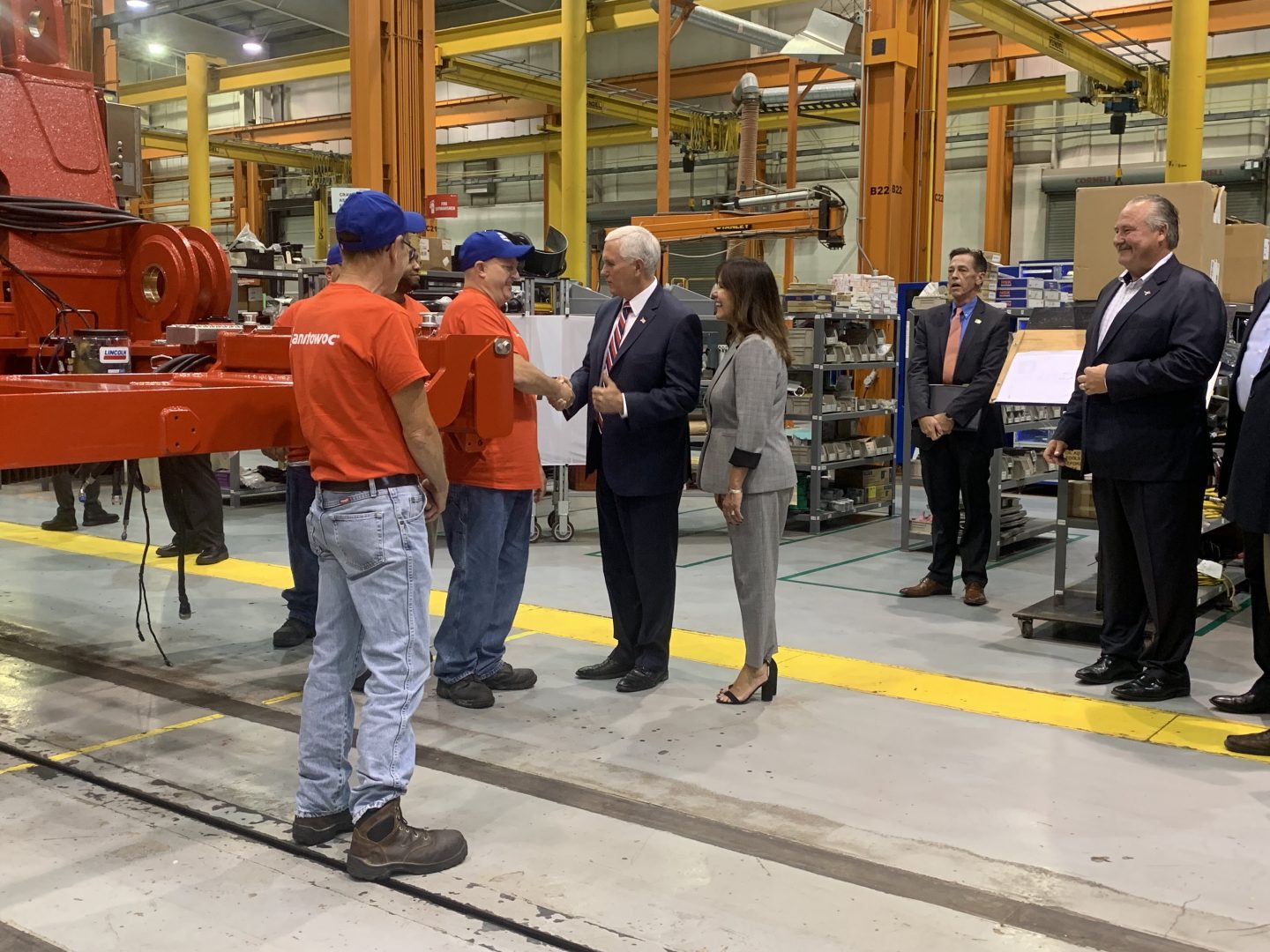 (Harrisburg) — A crane company had a chance to show off its southcentral Pennsylvania operation to a high-profile guest Thursday morning: Vice President Mike Pence.

Pence made the trip to the important swing state to pitch the administration’s proposed replacement for the North American Free Trade Agreement.

As a singer entertained employees outside the Manitowoc Crane Group’s manufacturing facility in Franklin County, just north of the Maryland border, Pence took a tour. 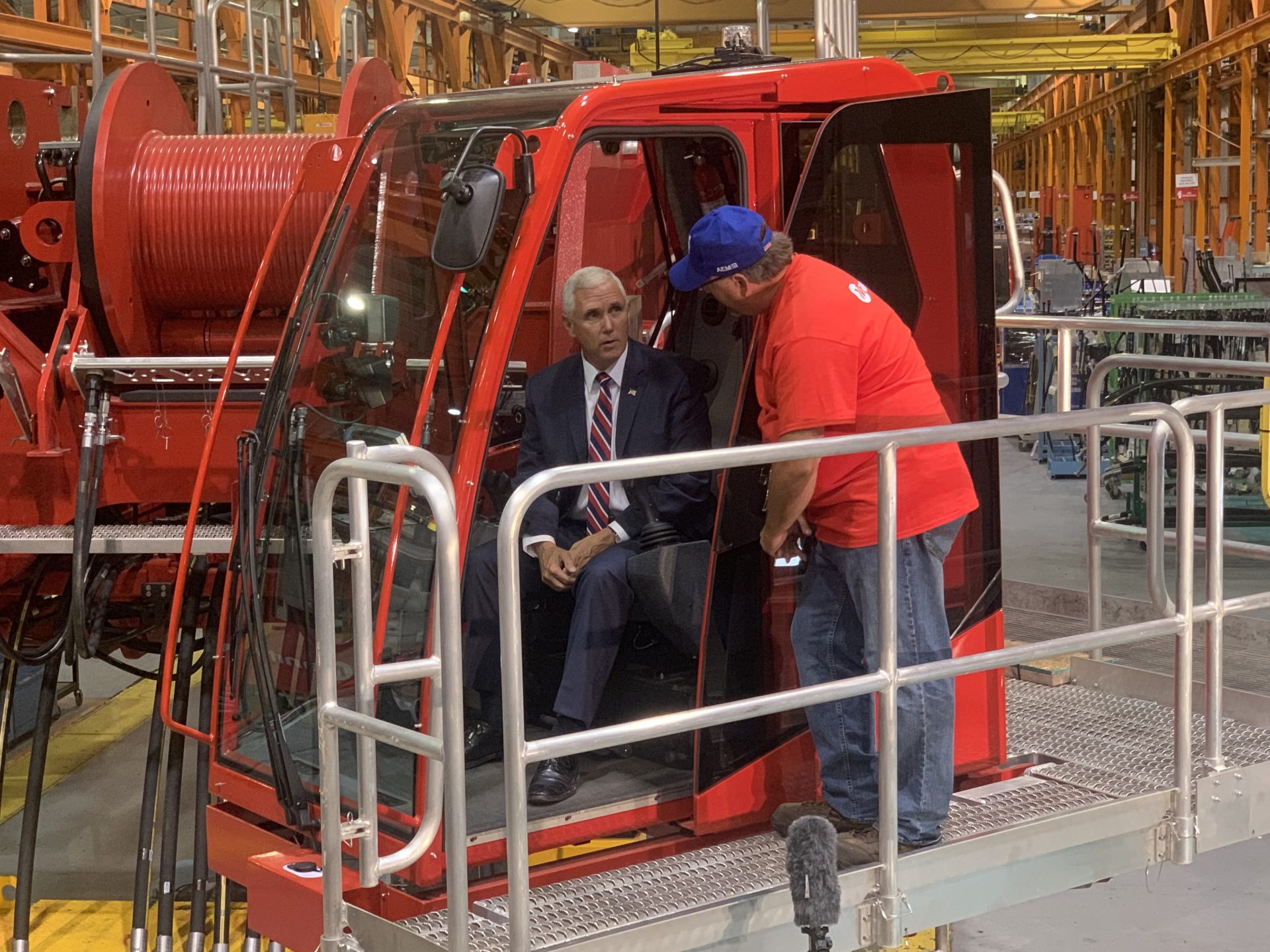 Vice President Mike Pence sits in a crane cab during a tour of the Manitowoc Crane Group facility in Pennsylvania Thursday, Aug. 1, 2019.

He inspected crane parts, heard about the manufacturing process, and climbed inside the cab of one machine.

He’d chosen the Manitowoc plant for a specific reason.

It was, he said, “great to be here at the country’s only American-owned and American-produced crane company.”

Pence touched on environmental issues–saying the “war on coal is over” under President Donald Trump, and calling the Democrats who support increasing green energy subsidies “radical.”

But his main point was on trade.

Pence is promoting the administration’s U.S.-Mexico-Canada Trade Agreement, which would replace NAFTA.

It’s designed to push manufacturing back to the U.S. through provisions like mandatory higher wages for autoworkers. And the vice president is using Manitowoc as a symbol of what the administration’s hoping will happen under the proposed deal.

“This company has invested nearly $50 million in the last three years alone, and hired more than 350 new workers right at this site,” he said. 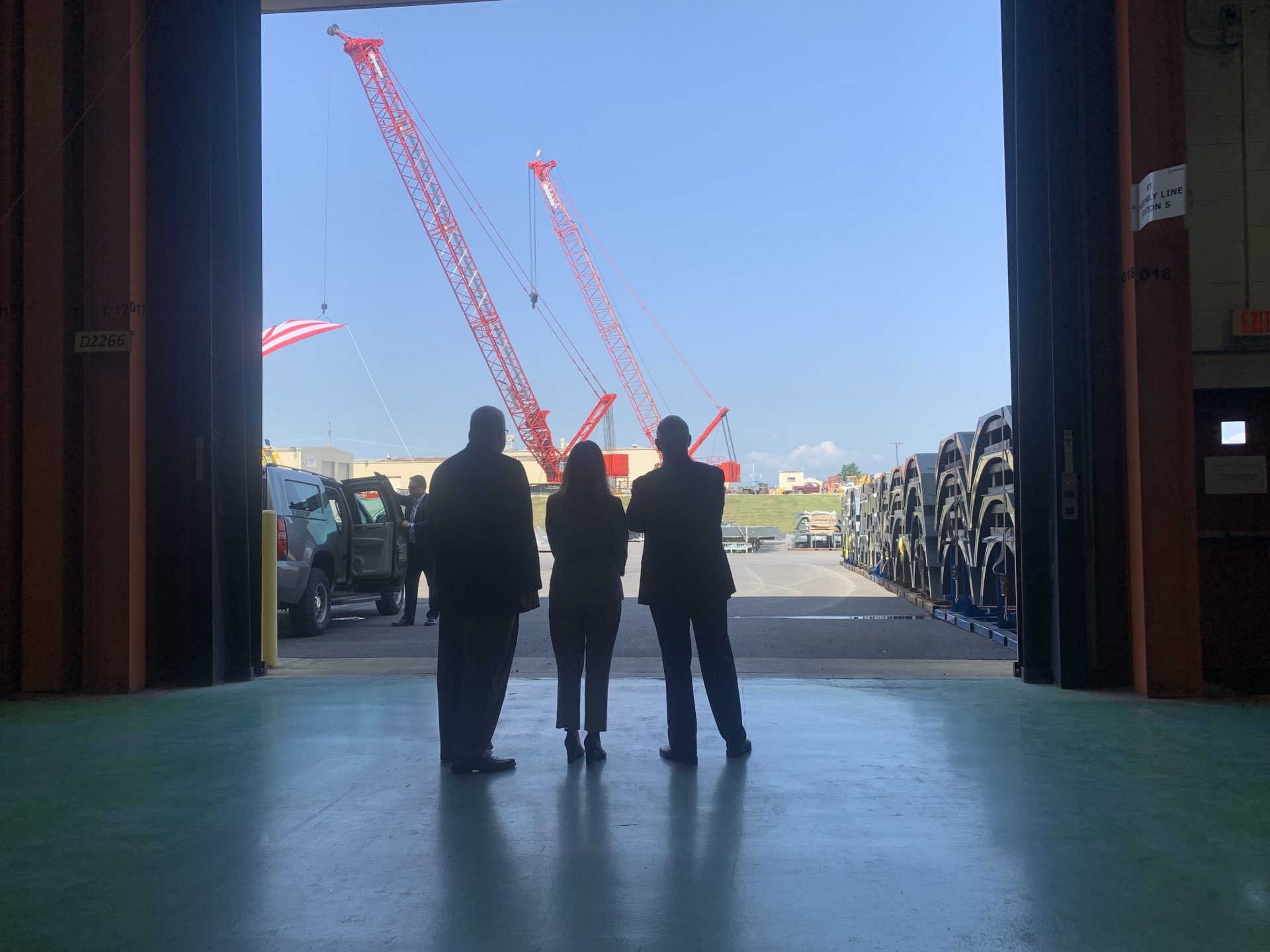 The deal has made some progress in the Democratic-controlled Congress–though leaders have said they don’t think it has strong enough enforcement mechanisms.

This is Pence’s second trip to Pennsylvania to push the USMCA. In June, he visited a robotics maker in York County to make a similar point about the value of domestic manufacturing.

The commonwealth is considered a key state for Trump in the upcoming 2020 election.

He unexpectedly won it in 2016, but his margin was narrow–just 0.72 percent of a point.

Cash assistance program for the poor in Pa. ends today