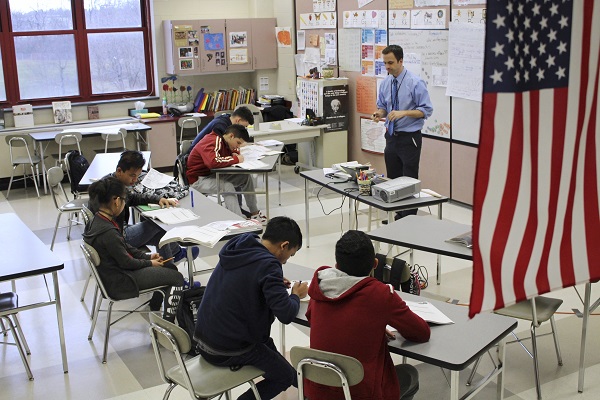 (Harrisburg) — Refugee admissions under the Trump Administration are falling dramatically. It set a goal of 30,000 this year, compared to 85,000 in 2016.

Advocates plan to gather in Lancaster on Saturday to show support for the country’s refugee resettlement program.

The event, organized by Church World Service Lancaster, is spurred by a report from Politico that some Trump Administration officials want to further slash refugee admissions in the coming fiscal year–possibly to as low as zero.

Stephanie Gromek with the resettlement agency said admissions are already at an historic low.

“And so, for there even to be this talk of consideration of it being at zero for the next year is incredibly alarming,” Gromek said.

A refugee is someone living outside of their homeland because of conflict, war, or persecution.

Speakers at the gathering in Penn Square will include resettled refugees and Lancaster’s mayor.

Gromek said she hopes the event will send the message that resettlement programs can save lives and will drive people to contact their representatives in Congress to support raising the number of admissions.

“We have millions of refugees–25 million registered refugees–that are waiting for resettlement,” Gromek said. “We can’t close the door to them. And so, we’ll be here to fight for them.”