He says ineffective counsel for poor defendants has led to bad decisions that were later overturned, especially in Philadelphia. His office reviewed cases from 1978 through 2017.

“Out of 155 Philadelphia death sentences, 72 percent of them have been overturned,” Krasner said at a press conference Tuesday. “That is a big deal.”

Krasner says the death penalty has disproportionately affected poor defendants of color who can’t afford private attorneys. He said appointed counsel can earn as little as two dollars an hour if they prepare properly for trial, so instead they cut corners to the detriment of clients. 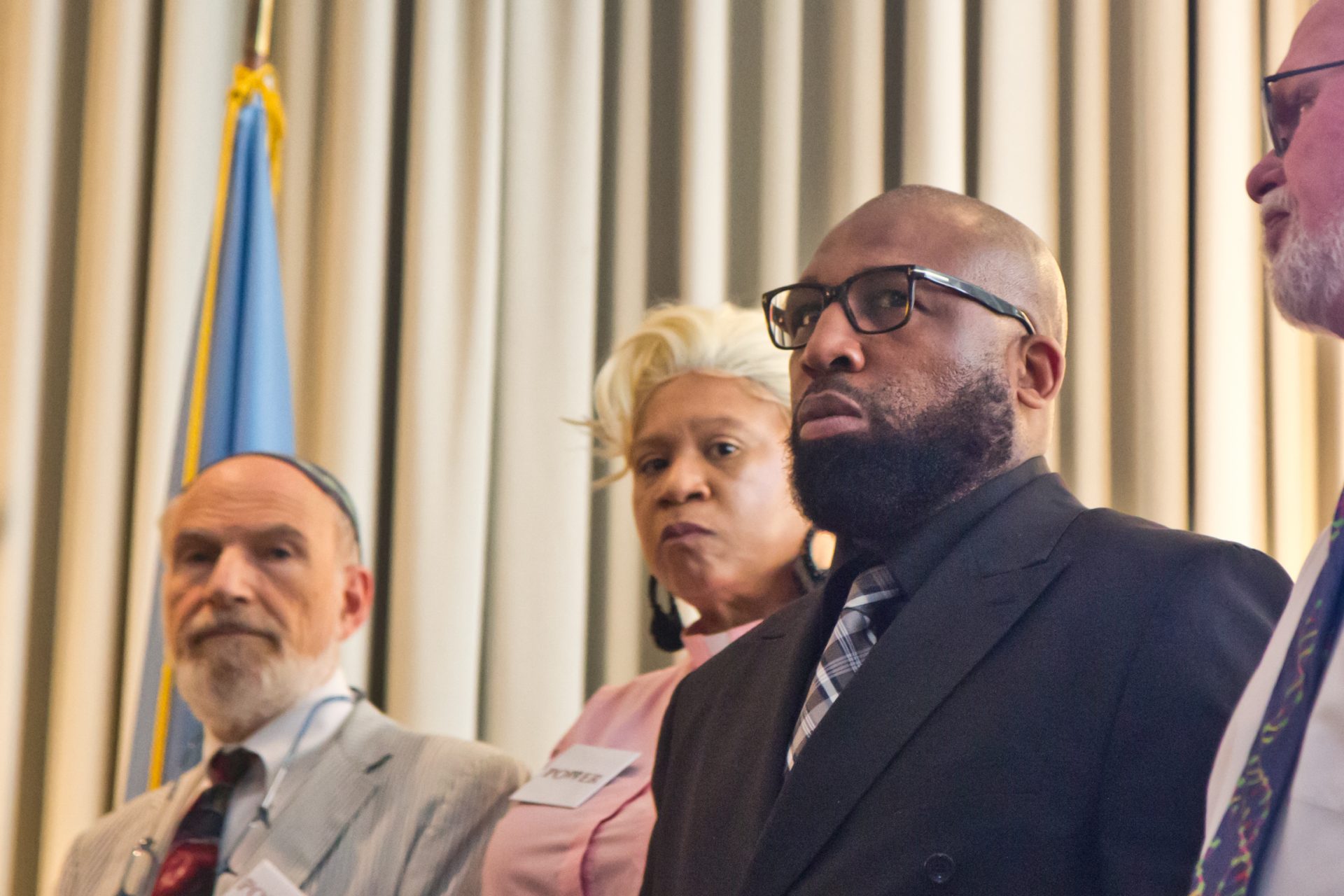 Former inmate Anthony Wright was among the many advocates joining Krasner at the announcement.

“I served 25 years following a wrongful conviction for rape and murder, losing an entire adolescent life because I couldn’t afford a rich man’s lawyer,” he said. “It’s wrong. It’s not justice, yet it happened to me and countless others like me.”

State Attorney General Josh Shapiro filed a motion asking the Pa. Supreme Court to decline the case. He says the legality of the death penalty should be determined by the General Assembly — not the courts.

The Pennsylvania District Attorneys Association issued a statement Tuesday arguing that the death penalty should remain an option for prosecutors. The group said there remain sufficient guardrails to ensure that seeking the death penalty is done only when cases meet narrow and specific guidelines. “The law limits the number of cases eligible for the death penalty, limits the discretion the sentencing judge or jury has in imposing a sentence and ensures that sentences meet all constitutional standards.”

As Philadelphia’s top prosecutor, Krasner’s position is a stark departure from DA’s in the city’s past. Lynne Abraham, Philly’s DA from 1991 to 2010, was dubbed the “deadliest DA” for seeking the death penalty at a high rate, though none of her cases resulted in an execution.