Praying for involuntary commitment: One family struggles to help their bipolar daughter 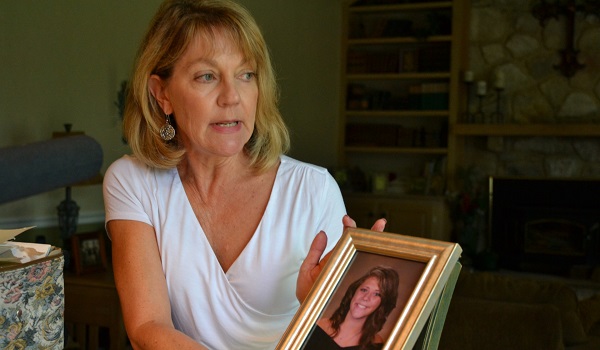 Martha Stringer holds a photo of her daughter, Kim, from when she was in high school. Kim is 27 now. (Brett Sholtis/Transforming Health)

(Levittown) — On Monday night, the Stringer family heard a familiar voice shouting outside their house.

Martha Stringer said her daughter, Kim, had shown up and gotten into their backyard.

“She was screaming about voices in her head,” Martha said.

It wasn’t the first time this week Kim showed up, shouting, until local police escorted her home.

Police encouraged Martha to press charges against her 27-year-old daughter, saying it would at least “get her in the system” so she may get some help.

“I said, to what end?” Martha said. “She doesn’t belong in prison. She needs help.”

Martha and her husband Paul had spent years trying to get Kim into treatment, to no avail.

This time, police did what Martha had been begging them to do: They filed a 72-hour involuntary commitment.

Kim was taken away in an ambulance, despite her protests, to Lower Bucks Hospital. That was two days ago. Martha hasn’t heard from her since.

What happens next is uncertain. But it’s what led to this moment that Martha sees as the profound failure of the mental health system in Pennsylvania.

Earlier, Martha had reached out to Transforming Health, desperate for help. In an email, she described her daughter’s life: Eating out of dumpsters even though she had food, drinking out of ponds despite access to tap water, and living in a shed despite having her own home.

Martha and her husband Paul feared for their daughter’s health and her life.

Because Kim doesn’t believe she has a mental illness, she refuses any treatment, Martha said. That’s led to a decade of struggling to get her daughter help in a system that is set up to protect people from being committed against their will.

“The standard in Pennsylvania is that someone needs to be an imminent threat to themselves or others before they can be considered for involuntary commitment,” Martha said. “She hovers right below that.”

Martha said Kim was diagnosed with bipolar disorder in high school, and was prescribed lithium and Seroquel. But she stopped taking medication when she turned 18 and refused psychiatric treatment.

Kim agreed to be interviewed for a story as part of PA Post and Transforming Health’s Through the Cracks series. She said she was being discriminated against by the mental health system and wanted to provide her perspective.

On a rainy day in June, Kim stood in her house in Levittown. The room was unlit, smelled of rotting food and was cluttered with things Kim had collected.

She said it’s wrong for people to decide that someone has a mental illness.

On another wall in the room hung a painting: An open book next to a tree at the edge of a lake. Kim said she found it in a dumpster at Pennsbury High School, where she graduated almost a decade ago.

“Whoever did it is really talented, and I hope they went to school for some sort of artwork or something at least,” Kim said.

Kim once considered studying art. She listed graphic design as a college plan on her high school graduation photo. But those aspirations are long gone. 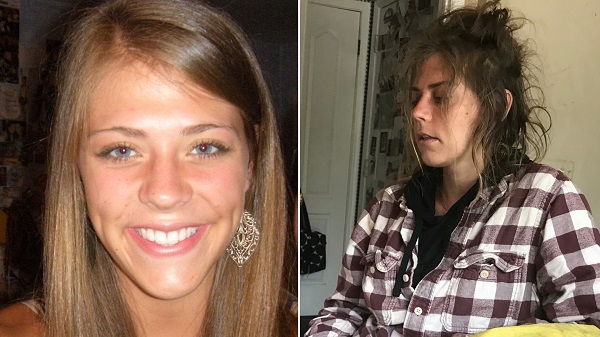 This combination image shows Kim Stringer when she was about 20 years old (left) and at age 27 (right). She was diagnosed with bipolar disorder in high school. She hasn’t taken medication or seen a psychiatrist in years. (Courtesy of Martha Stringer)

Parked next to the painting was the shopping cart Kim pushed around Levittown, scouring dumpsters. The shopping cart overflowed with items: a deer skull, a paint palette, scrap metal and water bottles.

Her parents bought the small house so their daughter wouldn’t be homeless. But Kim uses it to store the items she scavenges. She said she prefers to stay in the aluminum shed in the backyard.

There, Kim seeks a reprieve from what she described as the chaos of technology and the sounds of the neighbor’s television and nearby cars.

Other times she stayed, sometimes for days, in the woods that thread through the suburbs and surround the highway.

“For me, nature is relaxing,” Kim said. “I’m able to sit and draw and find clarity and find peace and find peace of mind in a world that is so fast-paced because of cars and technology.”

Martha’s husband, Paul, said past efforts to get Kim help were failures. Kim went to the emergency room a few years ago because she felt suicidal. But, after waiting for nine hours and not receiving any treatment, she decided to leave.

Only after they involved the hospital CEO and a county commissioner did they get any help.

“So we got a brief flurry of activity, and then time passed, and then there was the next episode,” Paul said. 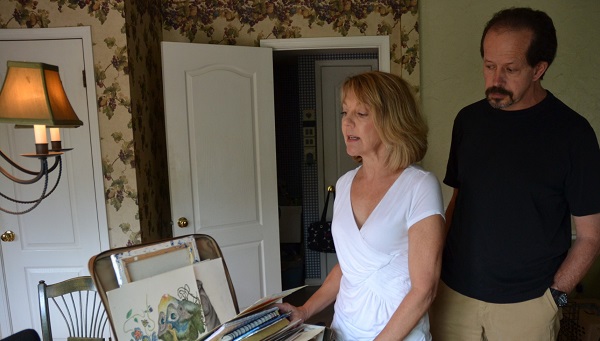 Martha and Paul Stringer stand near a box of their daughter Kim’s art from when she was in school. Martha said Kim left the art with them for safe keeping. (Brett Sholtis/Transforming Health)

Kim also has had encounters with the law. In 2016, she ended up in jail for six weeks after failing to pay a fine related to a shoplifting charge.

“That marked the beginning of a pretty steep decline for her mentally and physically,” Martha said. “She no longer wants to brush her hair, hasn’t brushed her hair for two and a half years. Doesn’t take care of her personal hygiene. That’s when she really ramped up the dumpster diving, pushing around the shopping cart and collecting trash, keeping dead animals.”

Her legal problems aren’t over, Martha said. Kim faces charges of receiving stolen purses, and is set to go before a judge in August.

Kim’s parents often stop by her house to drop off food and check on her. During a recent visit, they listened as Kim tried to explain to Transforming Health why she believes she doesn’t need treatment.

“It’s very hard,” Kim said. “It’s difficult because, you know, you’re sitting there being discriminated against for no reason. You’re being told the way a person thinks is wrong.”

Kim’s situation reflects that of many people with serious mental illnesses, said Sue Walther, executive director of the Pennsylvania Mental Health Association. However, advocacy groups such as hers oppose any change in law that would make it easier for someone to be involuntarily committed.

People who don’t want treatment often had a bad experience in the past, and involuntarily committing them can make things worse, Walther said.

“The problem with just focusing on involuntary commitment and medication is that it’s not a long-term solution,” Walther said. “You can’t keep her committed forever.” 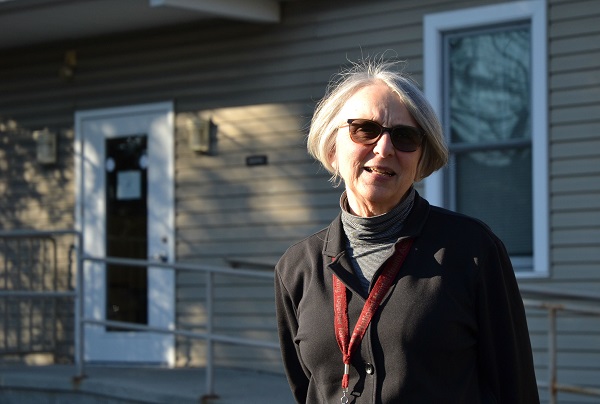 Her group pushes for alternatives for involuntary commitment, such as peer support and community outreach programs. However, funding for such services has been flat in Pennsylvania for decades, and in many places those programs are nonexistent — as in Bucks County — or they don’t meet community need.

There has been one recent change to involuntary commitment law, Walther noted. Act 106 sets up an involuntary outpatient commitment process. It uses a different standard: the person must be deemed to be “unlikely to survive safely in the community without supervision,” and the person also has to have a history of not adhering to treatment for mental illness.

However, there is no funding tied to the program, mental health advocates say it doesn’t have any mechanism to require people to follow it, and counties can opt out of the law.

Act 106 was sponsored by Republican state Rep. Tom Murt of Montgomery and Philadelphia counties, who touted it as a way to help people like Kim, and signed into law by Democratic Gov. Tom Wolf in April. However, no county in Pennsylvania — including Bucks County — has put the program in place, Walther said.

For Martha and Paul, it’s been one failure of the system after another.

When the judge committed Kim to 72 hours in a psychiatric ward after Kim showed up at the family’s home, it was the best news Martha could have hoped for.

Yet it’s not the solution they feel they need in order for their daughter to get help.

At the end of those 72 hours, police can go before the judge and ask that Kim’s stay be extended.

Paul and Martha hope the judge will order that Kim stay on medication until she gains insight into her condition — and perhaps, agrees to a longer course of treatment.

“That’s my prayer at this point,” Martha said.

Editor’s note: A previous version of this story incorrectly listed the counties that are part of the 152nd legislative district.