"I think everybody in this building recognizes is that we've got to support the counties. This cannot be an unfunded mandate." 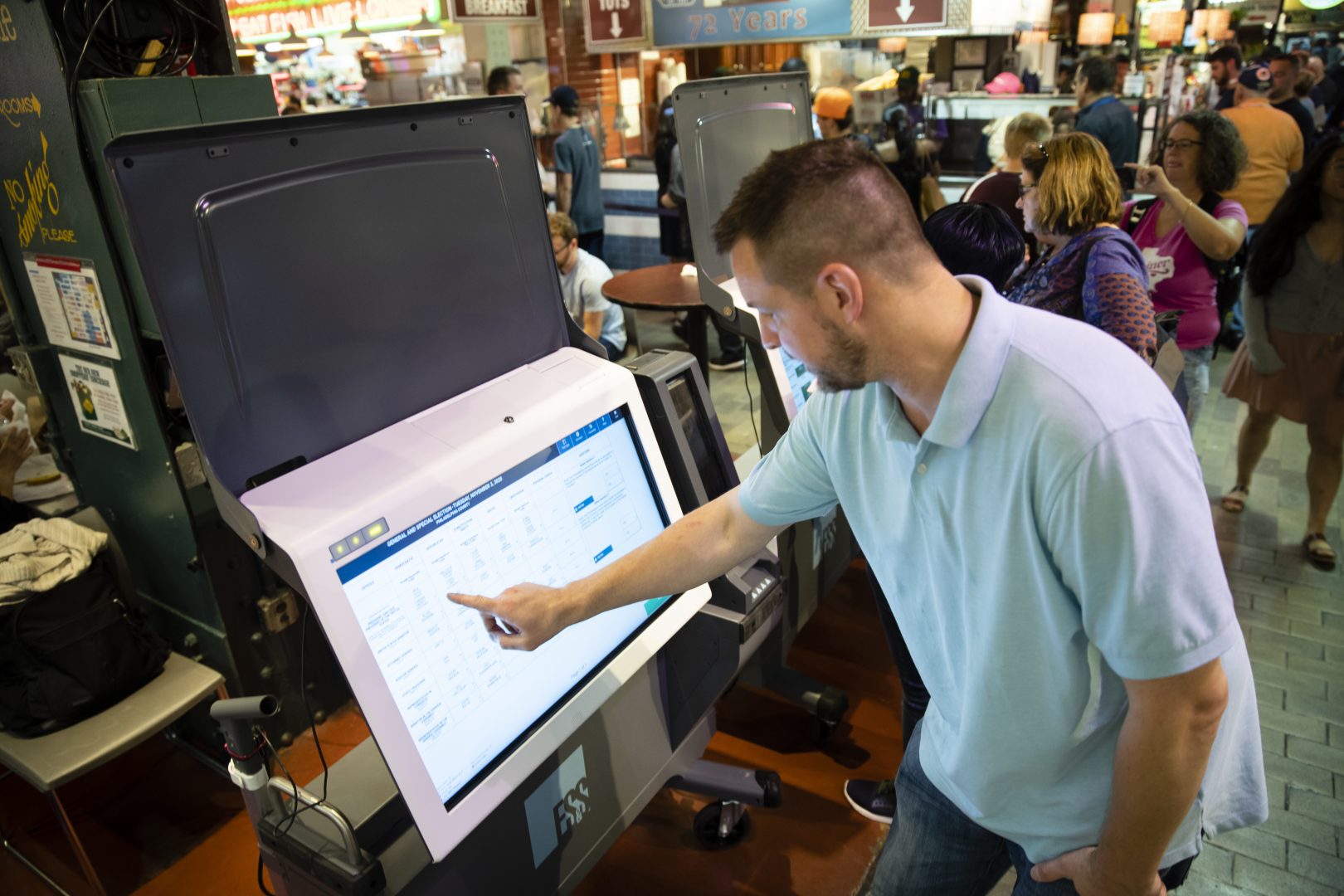 (Harrisburg) — Governor Tom Wolf is taking matters into his own hands when it comes to funding upgrades for Pennsylvania’s voting machines.

The move comes after he vetoed a funding bill the GOP-controlled legislature sent him during state budget negotiations.

It would have given counties $90 million to upgrade machines–about 60 percent of the up-front cost. But it also had strings attached; most crucially, an election code change that eliminated automatic straight-ticket voting.

So now, Wolf plans to get the $90 million without add-ons by issuing a bond through the state’s Economic Development Financing Authority.

He said as far as he knows, it’s allowed as long as the agency’s board authorizes it.

“I’m not a lawyer,” he said when asked about the specific law that authorizes such an action. “The point that I think everybody in this building recognizes is that we’ve got to support the counties. This cannot be an unfunded mandate.”

Governor Tom Wolf has not said whether he will approve or reject a bill that both repeals General Assistance, and provides medical assistance funding.

Wolf’s office later clarified, they interpret the Pennsylvania EDFA has having broad authority to provide funding in order to promote things like health, safety, economic activity, and general welfare for people in the commonwealth. Voting machine funding, they said, fits that mission.

They also said they don’t think the legislature has to authorize funding that comes from the EDFA, because the law that created it was intended to be interpreted as broadly as possible.

Republicans say disagree, and have expressed strong concerns that Wolf is overreaching.

A spokesman for House Republicans said the caucus holds, full stop, that the state constitution “makes it clear the Governor cannot borrow or spend monies not authorized by the General Assembly.”

“If he believed he did have those powers,” the spokesman continued, “he would never have asked the Assembly to authorize the funding in the first place.”

Stan Saylor, GOP chair of the House Appropriations Committee, said the move “undermines the fabric of our constitutional democracy,” and risks “the good relationship [Wolf] has cultivated with the General Assembly over the last couple of months.”

He added, his caucus is reviewing its legal options.

A spokeswoman for Senate Republicans said they would review Wolf’s actions to see “if he can legally act on his own.”

“Voters deserve safe, secure, modern elections. Period,” state coordinator Ray Murphy said in a statement. “That’s what this bond is all about — enhancing the integrity of our election system and reaffirming voters’ faith that when they cast a vote, it will be counted, and counted accurately.”

Many of the voting machines in Pennsylvania only record ballots electronically, which makes it almost impossible to double-check election results.

That became an issue after the 2016 election and led to the Wolf administration settling a lawsuit with the Jill Stein campaign with a commitment to update its non-paper-ballot machines by 2020.

Some counties recoiled at Wolf’s subsequent mandate to replace all the machines–particularly those that already use paper ballots.

In Wolf’s latest plan, he carved out an exception for those counties–they will be allowed to take an extra year to finish their updates in return for accepting slightly less funding for the new machines.

Wolf: Newly-bolstered reserve fund is 'pathetic,' but a big improvement