Gerrymandering in Pa.: Why the risk is (still) real — and higher than in most other states 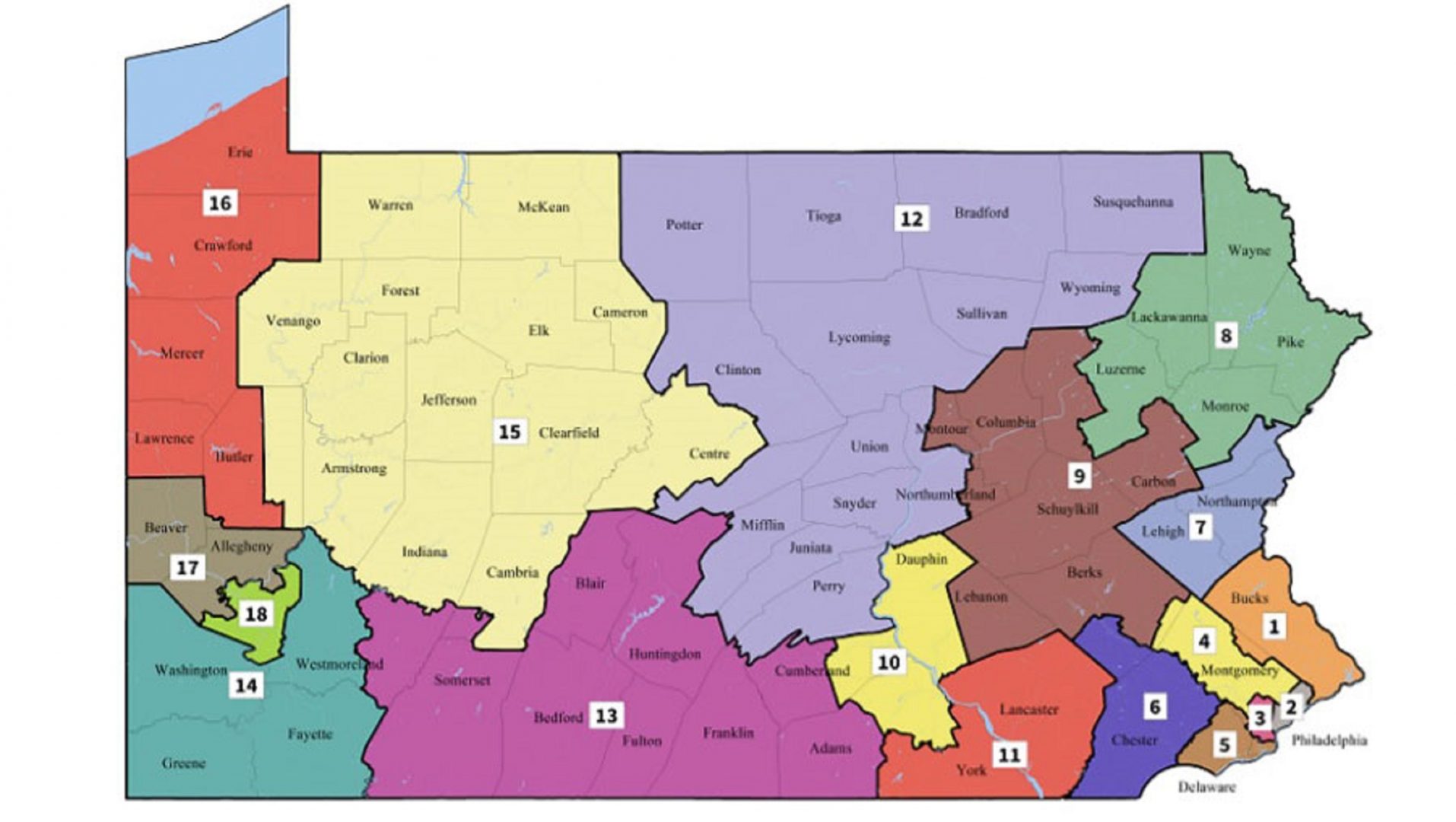 But the decision is a reminder that voters still face the risk of ending up with politically skewed congressional district boundaries – moreso in Pennsylvania than in many other states, according to a PA Post analysis of policy compendiums and reports from The Brennan Center for Justice, Ballotpedia and the National Conference on State Legislatures.

Pennsylvania’s current map was put in place last year by the state Supreme Court after it ruled the old map was an unconstitutional partisan gerrymander.

But nothing’s changed about the redistricting process that yielded the previous map, which featured some of the nation’s most gerrymandered districts.

Pa.’s congressional redistricting law, meanwhile, lacks the specificity found in most other states. There are also other laws and aspects of government structure that affect redistricting, if indirectly (campaign finance, for example), that are conducive to gerrymandering in Pennsylvania.

Eighteen states have created congressional mapmaking criteria, according to the Brennan Center’s 2019 50 State Guide to Redistricting, though it’s not always specific enough or otherwise sufficient to truly reflect what experts would consider best practices.

They address features – such as contiguity, compactness and following geographic and/or political boundaries like rivers or county lines – and methodology, such as prohibiting designs that intentionally favor candidates or parties.

Pennsylvania is one of the 25 states without such rules, according to the analysis, though nearly all of the rest of those states have other guidelines meant to foster mapmaking best practices.

Half a dozen, for example, impose deadlines or a backup mapmaking plan or both to minimize gridlock. A couple states outline processes for people to challenge the map.

Pennsylvania does not have any of that for congressional redistricting.

(The full version of this table is here.)

Two bills aim to reform Pennsylvania’s process. They call for an independent commission to handle redistricting instead of the legislature, more transparency through elements such as public meetings, and more clarity on what constitutes fair boundaries.

One measure would make the changes if the bill simply passed in a legislative session. The other would do so through a constitutional amendment, a lengthy process that likely wouldn’t be complete before congressional districts are again drawn in 2021.

Amanda Holt, a Republican Lehigh County Commissioner who sits on the state’s Redistricting Reform Commission, said additional clarity also is needed for the rules on state legislative district maps (which were the subject of a lawsuit she brought against the state several years ago).

“People read the constitutional rules and they think [the maps] are supposed to be compact and contiguous and not splitting up counties. And then, they don’t see that as the outcome as the maps are drawn. So, when people have the perception that the rules aren’t being followed, that breeds distrust in the system,” Holt said. “If there’s greater specificity with how those terms are being defined and applied, … people would have clarity on what the priorities are and how they should be applied, and the outcome map would fit with expectations.”

Both bills were introduced in April. They’re with the House’s state government committee and haven’t yet been called up for a discussion.

Last session, a bill calling for similar changes passed the Senate after years of inaction.

In some other states, voters have taken redistricting matters into their own hands through initiative and referendum.

That’s one example of a structural element which indirectly affects redistricting, among a host of others, said Carol Kuniholm of Fair Districts PA.

“There’s kind of a little cluster of indicators for states that have really genuinely representative government. And initiative and referendum is sometimes part of that,” Kuniholm said.

She says other indicators include greater public access to records and meetings and stricter campaign finance laws. Pennsylvania is among the handful of states that don’t limit political contributions.

“For any party that’s trying to grab hold of Congress, Pennsylvania is high on the list, because we’ve got a large delegation. But, we’ve also got a genuinely purple state,” she said. “There are states out there that have large delegations, but you’re not going to get too many extra seats, because the state is already heavily one direction or the other. In Pennsylvania, you can get a lot of seats, if you can control the redistricting process — so, there’s a lot of outside money that gets invested here.”

Opening up Pennsylvania primaries so that unaffiliated voters can participate — an idea in a bill that recently passed the state Senate — could help dilute the effectiveness of gerrymandering, too, according to Kuniholm.

“Because the party leaders can choose who is in the primary, the people who come and vote in the primaries are pretty much the party faithful,” she said. “So it pushes control back to the party instead of opening it up towards the voter.”

But David Daley, senior fellow at FairVote and author of “Ratf***ked: The True Story Behind the Secret Plan to Steal America’s Democracy,” pointed out that some states — Virginia, Michigan, Wisconsin, Texas and Georgia – with open primaries also have “significant problems with gerrymandering,” noting relatively high percentages of uncontested state legislative races.

“Once you’ve gerrymandered districts so thoroughly, with such precise data in polarized times, it would appear that partisans understand that they can win these primaries no matter the outcome and opponent,” Daley said.

He said ranked choice voting – in place in half a dozen states – would work best to “make … independent challenges viable.”

One way in which Pennsylvania’s redistricting laws are similar to those in the majority of other states is the inconsistency between rules for congressional versus state legislative redistricting.

Pennsylvania state legislative districts are required to be compact, contiguous and drawn with minimal divisions of counties and municipalities.

And unlike the congressional process, they are not subject to a gubernatorial veto.

(The full version of this table is here).

Notes about the data:

Gridlock prevention provisions include having deadlines and a backup plan in the event the entity handling mapmaking can’t agree.

Eight states note or require certain elements on maps of district for just one chamber of the state legislature. We count each of those as half point.

Sources: The Brennan Center for Justice, The National Conference of State Legislatures, Ballotpedia