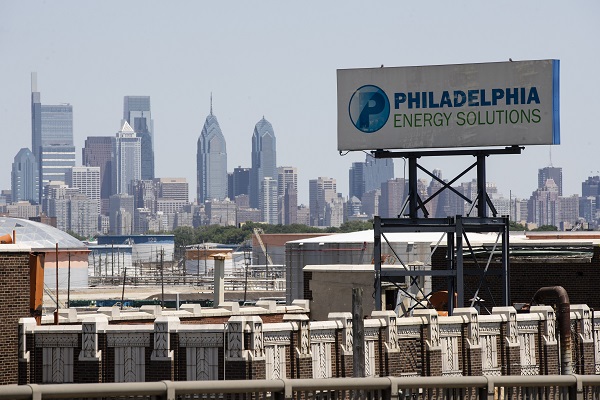 (Philadelphia) — The largest oil refinery on the East Coast said Wednesday that it will close after a devastating fire last week that set off explosions and damaged equipment, and analysts said consumers could see gas prices rise as summer travel hits full swing.

Philadelphia Energy Solutions sent a notice to state labor officials that it will shut the plant down Monday and lay off about 1,020 workers there in the next two weeks after that. The fire significantly damaged equipment and systems at a complex that was already struggling financially, the company said.

The refinery has been an important source fueling transportation in the region, far from Gulf Coast refineries, and “at least temporarily, it’s going to require some logistical shifting that could come at a cost,” said Kevin Book, managing director at Clearview Energy Partners.

But while the amount of gasoline that will be lost from the refinery is sizable, it can easily be made up by imports from Europe or elsewhere, said Jonathan Aronson, a research analyst at Cornerstone Macro.

“We’re not expecting any major shocks to retail gasoline (prices),” Aronson said. Consumers are more likely to feel gasoline prices increase due to the price of crude oil, which has been rallying in recent days, he said. 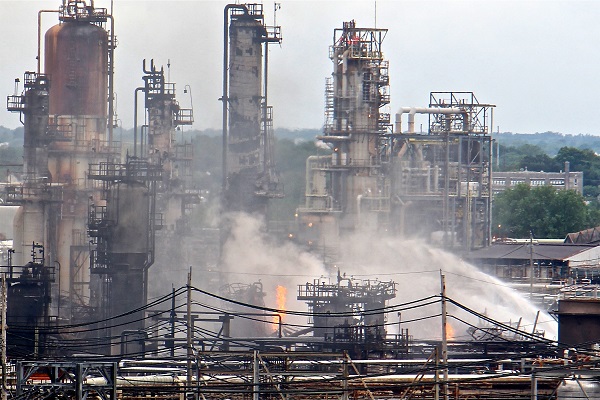 A fire burns at the Philadelphia Energy Solutions refinery hours after a series of early morning explosions on Friday, June 21, 2019 at the 150-year-old industrial complex at 3100 W. Passyunk Ave. (Emma Lee/WHYY)

Philadelphia Energy Solutions is pursuing opportunities to restart the complex but cannot give any guarantees and, as a result, “all layoffs are expected to be permanent,” the company said.

U.S. Sen. Pat Toomey said in a statement that his office was in touch with company officials and that he hopes that an alternative will emerge in coming weeks to prevent the refinery from closing permanently.

The company has shown a declining cash balance in the six months through March while its long-term debt grew, according to reports the company files in U.S. Bankruptcy Court in Delaware.

The 150-year-old oil refining complex processes 335,000 barrels of crude oil daily, according to PES. The refinery turns the crude into gasoline, jet fuel, propane, home heating oil and other products.

It started as a bulk petroleum storage facility in 1866 and began refinery operations in 1870.

Friday’s fire at the complex broke out early in the morning, and video showed an enormous orange blast bursting into the sky.

It set off three explosions felt miles away as the fire plowed through a tangle of pipes carrying fuel across the complex, the company has said. It happened at the Girard Point refinery, one of two at the PES complex in south Philadelphia.

The fire erupted in a tank containing a mixture of butane and propane, a fire official said.

Investigators haven’t been able to go to some areas at the complex because they haven’t yet been assessed by a structural engineer, the city fire commissioner’s office said Wednesday.

United Steelworkers, which represents the refinery workers, is investigating whether the company had insurance coverage for a destroyed alkylation unit, Ryan O’Callaghan, the president of Local 10-1, told The Philadelphia Inquirer. It would push the company to rebuild the unit, he said.

“It appears they’re cashing the check and heading for the doors,” he said.