The program gives relatively small sums of cash to poor people who don't qualify for other assistance. 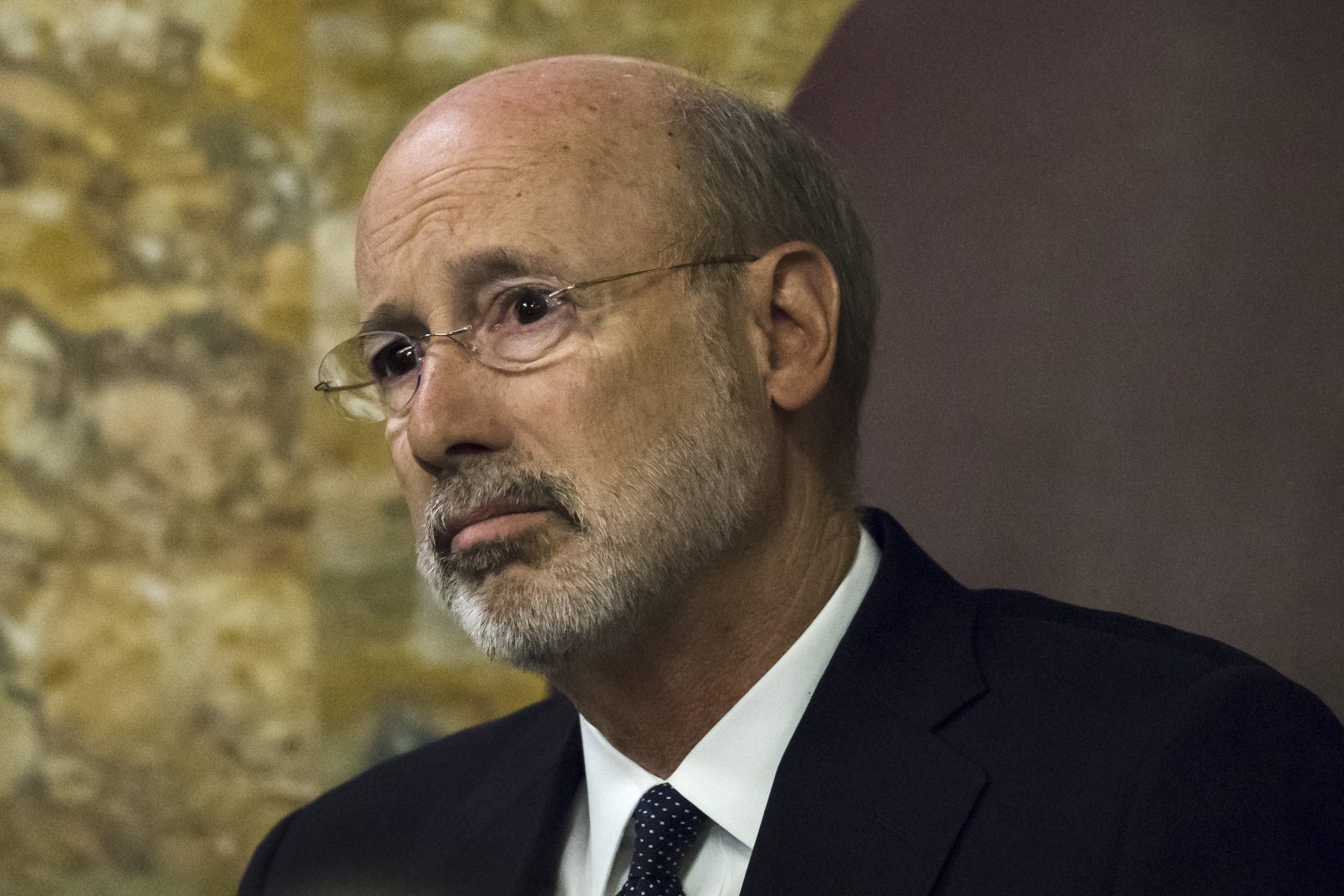 (Harrisburg) – For weeks, staffers for Democratic Governor Tom Wolf and the Republicans who control the state House and Senate have been trying to hammer out an agreement on a GOP priority: gutting a program that gives relatively small amounts of cash to poor people who don’t qualify for other assistance.

Those talks haven’t been fruitful. So now, Republicans are trying to force Wolf’s hand.

They are shoehorning a repeal of the General Assistance program into a bill that also includes important money for medical assistance. Their strategy is that Wolf will sign the bill, or let it become law, because he won’t want to spike the medical funding.

Both sides expect that the dispute could end up in court.

This is the second time Republicans have tried to axe the General Assistance program. The first was in 2012, but the state Supreme Court revived it on a technicality, and Wolf reinstated it last year.

According to the state Department of Human Services, as of May the program has given roughly $200 a month to 11,095 people–money that Wolf and other Democrats say is an important resource to buy things like toiletries.

Republicans have made it known throughout this year’s budget talks that they want the program to be abolished. The fiscal note for the bill they passed projects that maintaining it for another year would cost the commonwealth $53.5 million. However, a spokesman for the Wolf administration said that estimate is out of date, and that the program would actually cost roughly $24.5 million.

Pat Browne, the GOP chair of the Senate Appropriations Committee, noted that General Assistance was first repealed “in a period of substantial fiscal stress.”

“Even though our fiscal position is stronger, that really hasn’t changed,” he said. “We’re running a surplus this year, but the surplus we’re running will get us through six hours and we don’t have a massive balance in the rainy day fund. So we still have to be cautious and because of that, this is not the time to reestablish things we did in the past.”

Meanwhile Mike Straub, a spokesman for House Republicans, said the program is “rife with fraud and abuse.”

He said gutting General Assistance will allow lawmakers to “put more money into programs that are proven to help people in need,” though didn’t name any specific ones.

Wolf has offered compromises in the past that would get rid of General Assistance and route its funding to other human services programs–like the housing assistance program PHARE— but he supports the program on principle.

Until this week, the two sides had been approaching the conflict with the assumption that General Assistance would be either funded or defunded as a small component of the overall spending plan.

But that approach has broken down.

Browne said the administration believes that if the program is merely defunded and not officially repealed, there is a mandate to keep it running.

Wolf “would stipulate that he would need a supplement for it, or he would just take the money out of the Treasury,” Browne said. “And then, you don’t have a reconciled position. It’s important that we reconcile this.”

Republicans in both chambers have agreed to pass a General Assistance repeal bill that includes, among other things, a provision that gives Philadelphia hospitals important Medicaid dollars and increases state funding to certain nursing facilities.

Matt Bradford, Democratic chair of the House Appropriations Committee, noted that would make it hard for Wolf to veto the bill.

“Obviously, the intent is to put the governor in a tough position,” he said.

The bill in question was amended in a House committee Tuesday. It passed the full chamber Wednesday afternoon, and now goes to the Senate, where — if all goes as expected — it will be approved and sent to Wolf for an up or down vote.

In House floor debate, Democrats put up an impassioned defense of the program.

Movita Johnson-Harrell, a freshman representative from Philadelphia, said that in the 1990s, she received General Assistance while suffering from PTSD after seeing her father murdered.

“I turned to self-medication,” she said.  “I would have lost my children had it not been for General Assistance and being able to get a bed in a residential facility to seek treatment.”

She added, “because of that General Assistance and that help, I was then able to go on to get my high school diploma, to work two jobs to get off General Assistance, to go to college full-time…and become very successful.”

The administration didn’t comment on what Wolf will do if the bill reaches his desk.

A spokesman for Wolf said only that Republicans have “made eliminating General Assistance a top priority despite Governor Wolf’s clear resistance and multiple offers to negotiate a compromise,” and that budget negotiations are still ongoing.

If it continues on this path, the matter will almost certainly end up in court, Browne and Bradford said–exactly like the last attempted General Assistance repeal. And it will probably be challenged based on a rule that legislation can’t include multiple subjects.

The one-subject clause was also a component of the previous repeal case–though in that instance, the court overturned the legislation on the grounds that it was passed too quickly, not because it contained multiple subjects.

Browne noted that exceptions to the single-subject rule are often made for budget bills.

“There will be a lawsuit,” he predicted. “But this time we will win.”