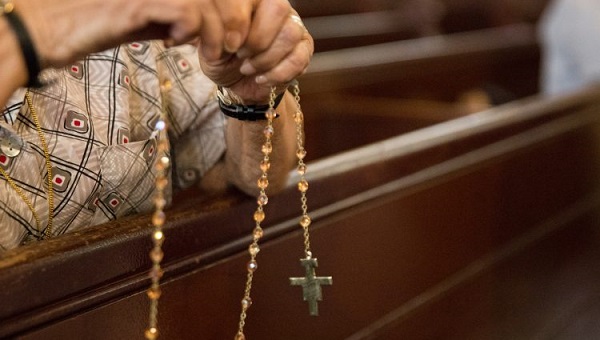 The Catholic Church spent more on lobbying efforts in Pennsylvania than in seven other northeastern U.S. states combined, according to a recent report covering 2011-2018.

The analysis, called “Church Influencing State: How the Catholic Church Spent Millions Against Survivors of Clergy Abuse,” draws a connection between lobbying expenditures and inaction on proposals that give victims of sexual abuse more chances to sue.

The lawfirms behind the report — Williams Cedar, Seeger Weiss LLP, Abraham Watkins, and the Simpson Tuegel Law Firm — represent a total of more than 300 survivors of sexual abuse across the country.

Data available through the Pennsylvania Department of State lobbying directory, though, shows an uptick in Catholic Church lobbying in 2017 and 2018, years that saw heated debate over proposals to reduce statute of limitations protections for alleged abusers.

“We really wanted to commission this [report] and release it, really partly out of a sense of frustration with the process,” said attorney Gerald Williams, a partner at Williams Cedar.

Out of $10.6 million spent in the Northeast and Mid-Atlantic during the time period reviewed, church officials laid out more than half in Pennsylvania, according to numbers the report authors pulled from public disclosure reports.

A spokesperson for the group said it lobbies on behalf of many issues of interest to Catholics including homelessness, education, and pro-life efforts.

“We do not have a breakdown of costs, but our lobbying budget funds this broad effort,” said Communications Director Al Gnoza.

In other states, such as New York, the report draws a clearer connection between lobbying and statute of limitations legislation: “The Church spent nearly $3 million on lobbying in New York, with 80 percent of that spending – $2,329,071 – going to a Church-sponsored policy arm called the Catholic Conference Policy Group, Inc.” That group has “the sole mission of lobbying on ‘statute of limitations, legislative issues, and liability issues,'” according to the report.

Church supporters have questioned the motives of law firms who stand to gain from more litigation.

Meanwhile, victims of sexual abuse criticize the church for an effort they view as excessive and hypocritical.

State rep. Mark Rozzi, (D-Berks), himself a survivor of priest abuse, said he has seen how these funds flow firsthand. After the House of Representatives passed a victim-friendly bill in 2016, he says the effort to quash it in the Senate was swift.

“The Catholic Conference hired 39 lobbyists to work 50 senators and made sure our bill failed,” he said. “They’re spending millions and millions, shutting down victims which they have damaged, they have destroyed.”

After the most recent reform package fizzled, Rozzi and Rep. Jim Gregory, (R-Blair), introduced a pair of proposals earlier this year. They would end the statute-of-limitations for criminal sexual abuse proceedings in the future, and modify the state constitution to allow victims to make retroactive claims.