Leach responds to mounting calls for resignation: ‘Absolutely not.’ 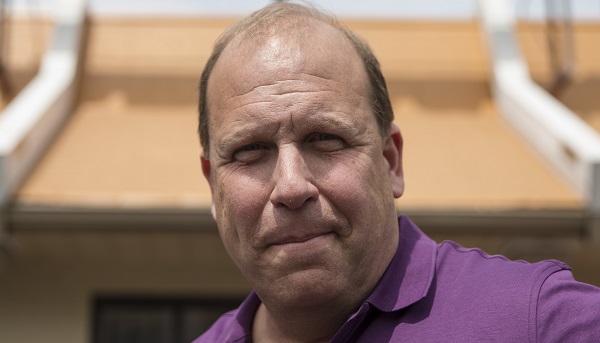 State Senator Daylin Leach has been facing down calls for his resignation for about a year and a half. They’ve now intensified. (Photo by AP)

(Harrisburg) — The Senate Democratic caucus, the state Democratic party, and a growing list of elected officials are urging one state lawmaker to resign over allegations of improper conduct.

But Senator Daylin Leach, who represents parts of Montgomery and Delaware counties, says he is ignoring them.

Leach is accused of inappropriately touching female campaign staff and making overtly sexual jokes. He’s also been accused of sexual assault–an accusation he vehemently denies, and over which he has filed a defamation suit.

Several months ago, Senate Democrats hired an outside law firm to investigate.

A report summary Leach released shows that his individual actions didn’t break specific caucus rules, but that taken together, some of his “immature and unprofessional” behavior created a hostile work environment.

It said the assault allegations could not be proven one way or another.

In a statement, Leach proclaimed his exoneration but apologized to “anyone who may have been offended” by his sexual jokes.

“I will work hard to do better,” he added.

The full report isn’t public yet, and Leach hasn’t seen it–much to his dismay.

A spokeswoman for Senate Minority Leader Jay Costa said some members wanted more details, so the report is being updated. Leach hasn’t been given the full document, she said, because he is the subject of the investigation and it isn’t finished.

But Costa said Thursday that the summary is enough for him to call Leach to leave the Senate. In a statement, he said it was clear Leach had a pattern of “irresponsible” and “unacceptable” behavior.

He disputed Leach’s interpretation that the report exonerated him, writing that it showed behavior that was “troubling, extensive and led to an atmosphere that was inappropriate and demeaning to staff, especially female staff.”

The state Democratic Party followed suit Friday, releasing its own statement saying that “Pennsylvanians deserve legislators who can support women in both policy and in practice.”

Several members have made their own resignation calls.

But Leach said it’s not happening.

“Absolutely not, I never considered it for a second,” he said. “This is nothing to do with anything in the report, this is because I embarrassed Jay Costa by releasing the exonerating report, and I embarrassed other people who had called for me to resign.”

He said he is dismayed that Senate Democrats are investigating further.

“You can’t re-open a closed, finished investigation because you don’t like the result of the investigation and just keep asking people questions until you find something that you can use against me,” Leach said. “That’s not fair.”

This isn’t the first time he has been called to resign.

Gov. Tom Wolf made the request in 2017, after the Philadelphia Inquirer first detailed allegations of inappropriate conduct. The Montgomery and Delaware County Democratic Parties have also asked him to step down.

Leach acknowledged that pressure has now intensified. But he said he plans to keep working as usual.

He is up for reelection in 2020, and already has one announced primary challenger–activist Sara Atkins.

In her own statement, she said she is “troubled” that Costa isn’t taking more aggressive action to remove Leach.

Wolf's infrastructure plan has bipartisan support, but not from leaders