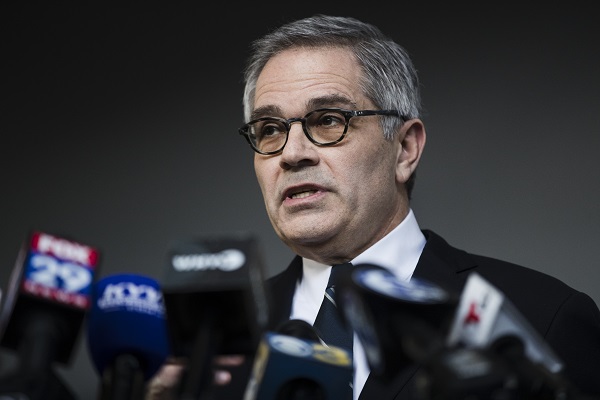 (Philadelphia) — The Philadelphia District Attorney’s Office is reviewing a database outlining thousands of social media comments posted by city cops to look for evidence of bias.

The review could have major implications for criminal cases involving officers who took to Facebook to make racist, violent or — in the words of DA Larry Krasner — even potentially criminal statements.

“We’re going to have people who are going to look at this information,” Krasner said in an interview Monday. “It’s going to affect certain decisions we have to make about whether certain officers are called [to trial] at all and, if they are called, if information will be disclosed.”

The newly published social media trove — compiled by lawyer Emily Baker-White and a team of researchers concerned about police bias — is called the “Plain View Project.” It includes tens of thousands of comments made by officers spanning seven large police departments across the country. In Philadelphia, 330 different current and former cops appear in public Facebook posts laden with epithets, celebrations of police brutality, or calls for the deaths of criminal suspects, Muslims, or left-wing protestors.

Individuals identified by the database run the gamut from beat cops to high-ranking lieutenants and a captain. Buzzfeed News reported that 139 of 328 Philadelphia police identified in offensive posts had been involved in one or morefederal civil rights lawsuits. Several other officers that appear in offensive posts also top the department for civilian complaints. 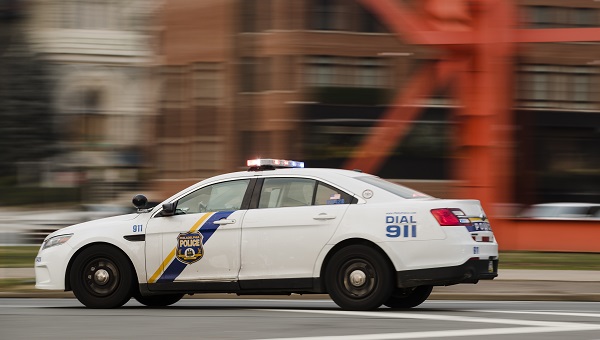 Krasner said the Facebook posts could lead to an expansion of his office’s so-called “do not call” list of police officers not asked to testify in court due to credibility issues. Other posts could fall under the Brady Rule, which requires prosecutors to notify defense attorneys of any evidence that could exonerate their clients.

“[Officers] are advocating for violating the rights of others, making jokes about lying in court, advocating illegal violence against people, or they’re declaring frankly outrageous bias against Muslims,” Krasner said. “We are going to have people who are going to look at this information and help us in incorporating it into … our list of officers with whom there are disclosures or who are not called to testify.”

Police Commissioner Richard Ross called the report “very troubling.” The department’s internal affairs unit is now conducting an investigation, according to a spokesperson.

The Plain View Project’s database spurred immediate reaction from the mayor, police commissioner, and the local police union. John McNesby, president of the Fraternal Order of Police Lodge 5, released a statement saying he “strongly condemns violence and racism in any form,” but that most officers “regularly act with integrity and professionalism.”

Krasner, a criminal justice reformer who has sometimes quarreled with the police union, said he was glad to be in accord with McNesby.

“It’s nice, for once, to see McNesby not acting like his favorite president,” Krasner said, an oblique reference to the FOP’s past support for President Donald Trump.