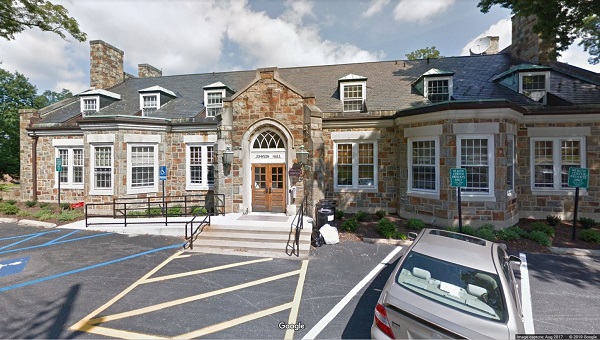 (Bethlehem) — Pennsylvania’s Lehigh University suspended the interim director of the student health center Friday in response to a lawsuit that says he sexually harassed co-workers and performed inappropriate breast exams on students.

Former medical assistant Christine Feit claims she was fired by Lehigh in retaliation for reporting misconduct by the interim director, Dr. Thomas Novak. Her federal lawsuit suit said that Novak routinely made inappropriate sexual remarks about students and staff members, tried to perform pelvic exams without gloves, and once agreed with a nursing supervisor’s characterization that he was “copping a feel” with students.

Lehigh did nothing to address Novak’s behavior and instead fired Feit, the suit said.

Messages were left for Novak seeking comment Friday. Novak, 51, has been licensed to practice medicine in Pennsylvania since 2000. Records do not show any state disciplinary actions against him.

Lehigh said in a message to the campus community Friday that a “senior member” of the health center — Novak — has been barred from campus while the school investigates the accusations in the suit.

“We take seriously any allegations of harassment, and are committed to creating an environment that is safe and welcoming,” the statement said.

Feit said Lehigh failed to hold Novak accountable after she and at least two other health workers lodged multiple about him to health center supervisors and the human resources department.

Her co-workers, she said, had warned her about Novak when she joined Lehigh in 2008, saying he would often become sexually inappropriate toward new female staff members.

“Feit’s co-workers told her that if she complained about Novak, nothing would be done by Lehigh, and Novak would alienate the complainer, so there was nothing to be accomplished by complaining,” the suit said.

Feit was fired in May 2017 after university officials claimed she made a medication dosing error in one case and treated a student’s scraped toe without following protocols in another. The suit denied wrongdoing by Feit, calling her termination “pretextual and done in response to Feit’s complaint of sexual harassment and sexual misconduct against Novak.”

The suit seeks unspecified monetary damages. A Lehigh spokeswoman said the university will “vigorously defend” itself.

Lehigh, a highly selective university about 60 miles (97 kilometers) north of Philadelphia, has an undergraduate enrollment of about 5,000.

(Bethlehem) — A former worker in Lehigh University’s health center says in a lawsuit that she was fired in retaliation for reporting a physician who she says sexually harassed her and other employees and performed inappropriate breast exams on students.

Christine Feit was a certified medical assistant in Lehigh’s health center between 2008 and 2017, when she was fired. Her federal lawsuit alleges the university in Bethlehem, Pennsylvania, fired her after she lodged multiple complaints about Dr. Thomas Novak. The suit says Novak routinely made inappropriate sexual remarks about students and staff and tried to perform pelvic exams without gloves.

She says the school did nothing to address Novak’s misconduct and instead fired her.

Novak declined comment to The (Allentown) Morning Call. A Lehigh spokeswoman says the university will “vigorously defend” itself.