A proposal aims to make it easier Pa. convicts to get professional licenses 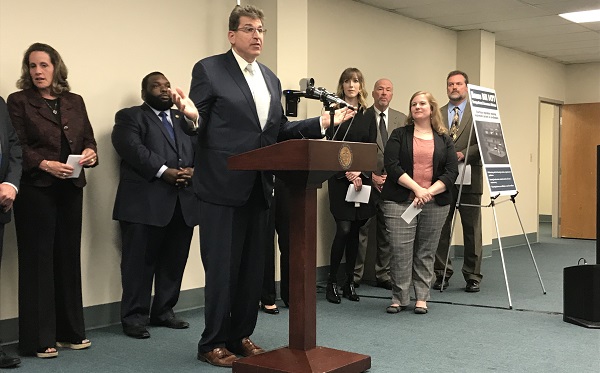 (Harrisburg) — In order to be a hairdresser in Pennsylvania, you need a license from the state.

In fact, the state gives out around 250 different varieties of professional license, for everything from massage therapy to funeral direction. And under Pennsylvania law, people convicted of crimes who are trying to rejoin the workforce can be denied those licenses for a broad range of reasons.

Now, there’s a bipartisan push in the Capitol to ensure job opportunities aren’t being unfairly limited.

The statute on the books allows a licensing board to deny certification if an applicant has been convicted of a felony, or if they’re convicted of a misdemeanor relevant to the profession.

The House and Senate bills lawmakers are circulating would give applicants more chances to prove they’ve turned their lives around. They would also require felonies to directly relate to the sought-after profession to justify a license denial.

Bill sponsor Jordan Harris, a Democratic Representative from Philadelphia, said in addition, the bill would stop licensers from trying to evaluate based on morality. 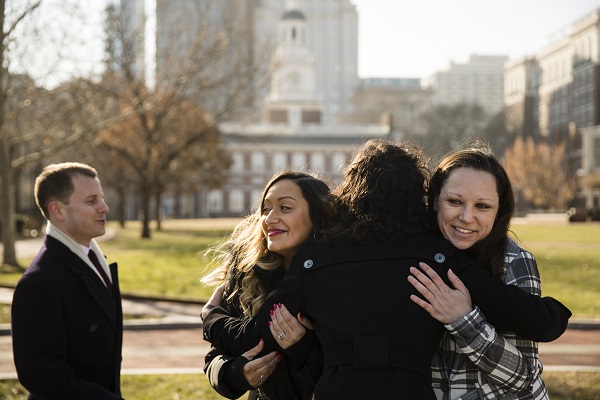 FILE PHOTO: Attorney with the Institute for Justice, Erica Smith, center right, embraces Courtney Haveman, center, and Amanda Spillane, right as layer Andrew Ward looks on during a news conference in view of Independence Hall in Philadelphia, Wednesday, Dec. 12, 2018. Haveman and Spillane, who were denied licenses to work as estheticians as a result of running afoul of a state good moral character rule, due to past drug-related convictions, are challenging the regulation in a lawsuit. (AP Photo/Matt Rourke) Matt Rourke / The Associated Press

Lawmakers indicated they expect to move the bills though the House and Senate relatively easily, though some components–like what exactly constitutes an “unrelated” crime–are still being tweaked.

The bill is part of a growing, bipartisan push to reduce recidivism and get more former inmates into the workforce.

The first salvo on that front came with the passage of the Clean Slate Act last session. It allows a person to have nonviolent convictions wiped if they go ten years without re-offending.