Republican Fred Keller and Democrat Marc Friedenberg meet for a coin toss ahead of the May 2, 2019, congressional debate for the Pennsylvania 12th congressional district.

‘Shame on you’: Pa. congressional candidates clash at debate

It is the only televised debate for Pa.'s 12th congressional district.

“Shame on you, Fred Keller,” Democrat Marc Friedenberg said at one point in the debate while talking about Russian interference in the 2016 election. At another point, Friedenberg called one of Keller’s criticism of him “pathetic.”

Friedenberg, an instructor of cybersecurity and cyberlaw at Penn State, is facing off against Keller in a special election for the 12th Congressional District. Keller is a state representative from Snyder County and former plant manager for Conestoga Wood Specialties.

Keller, meanwhile, said his criticisms of Friedenberg focused on issues where they differed.

“My performance is about results, not about just trying to degrade somebody,” Keller replied,

The  district includes a large section of central and northern Pennsylvania. Here are some highlights from the televised debate, which was held at WVIA Public Media Studios in Luzerne County. 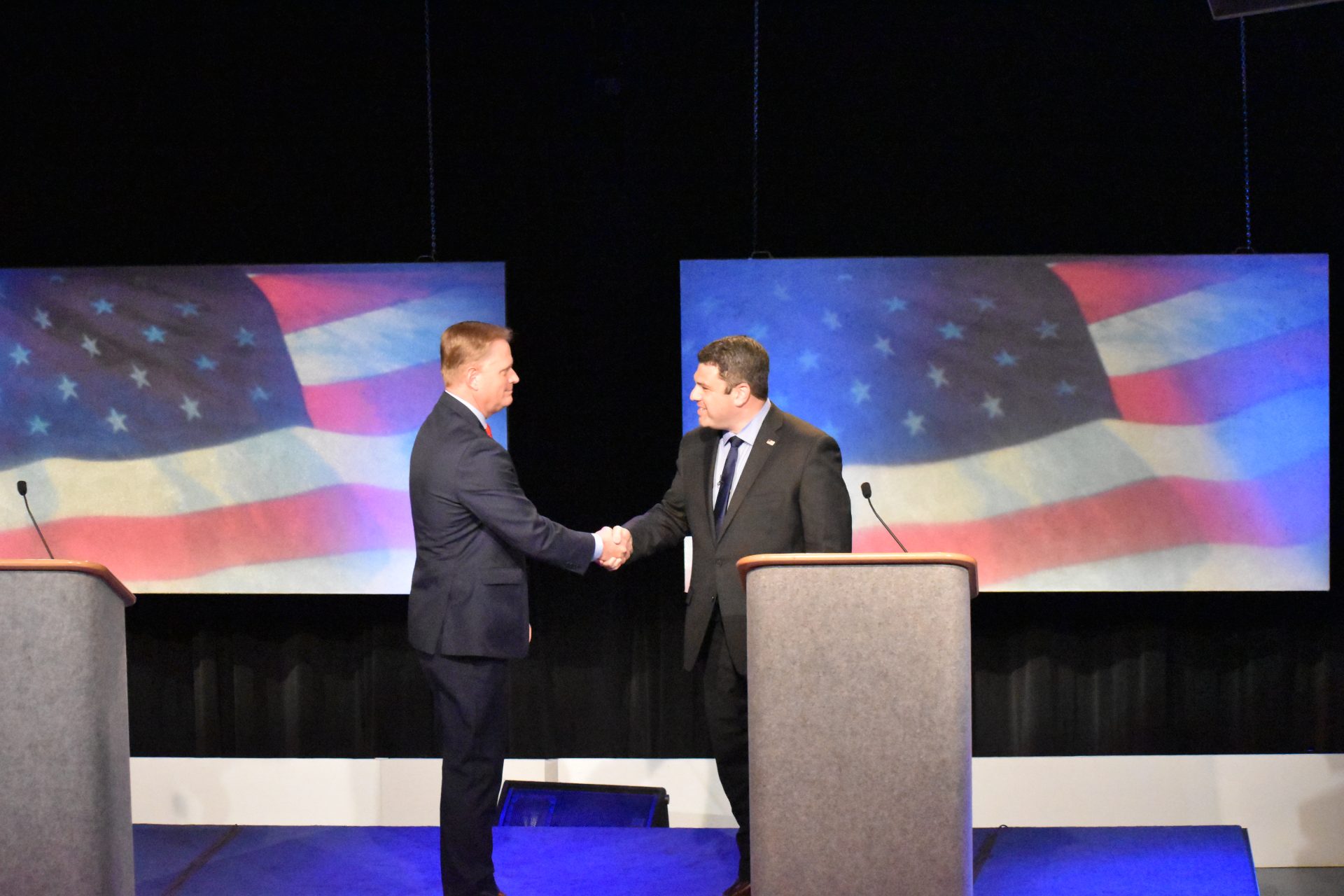 Keller suggested Democrats were trying to use the issue of Russian interference in the 2016 election as a way of delegitimizing President Donald Trump’s victory.

“I’m here to say that nothing would irritate the Russians more than if we could all get together and figure out how what happened under the Obama administration doesn’t happen again,” Keller said.

Friedenberg accused Keller of not taking the issue seriously enough.

Social Security was a big issue in the debate. Friedenberg said he supports removing a cap on payroll taxes — so that people who earn about $130,000 a year or higher would pay more.

“The Club for Growth, which is supporting my opponent, this extremist group is dedicated to destroying Social Security as we know it, turning your retirement savings into a slush fund,” Friedenberg said.

“And I will do everything I can to make sure that that is safe,” Keller said.

He said spending increases supported by some Democrats would put funding for Social Security in jeopardy. 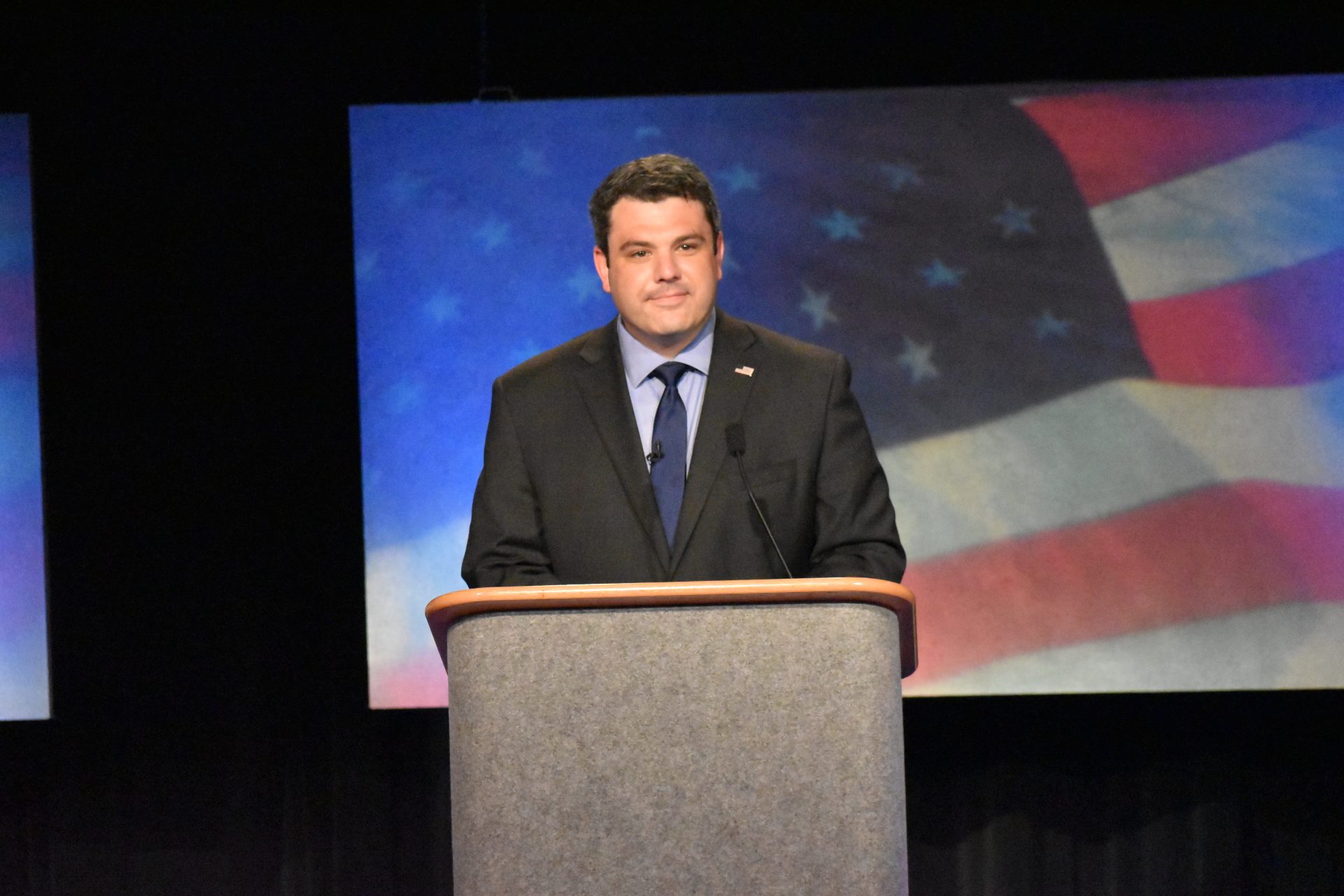 Democrat Marc Friedenberg, seen ahead of a debate on May 2, 2019, is running for Pennsylvania’s 12th congressional district.

Keller repeatedly criticized Friedenberg over a 2017 video in which, Friedenberg said, “We should be raising taxes on the middle class so that they’re paying their fair share.”

Friedenberg’s campaign called the comment a slip of the tongue.

In the rest of the video, Friedenberg criticizes Republican-backed federal tax cut legislation, saying it “will contribute massively to the already huge income inequality in the United States” and that “it gives massive corporations and the richest 1 percent of Americans a massive tax cut that they absolutely don’t need, while taking away tax deductions that the middle class has already come to rely on.”

Keller said that if Friedenberg didn’t mean to call for raising taxes on the middle class, then he should have reviewed the video and not posted it.

“He said it, he recorded it, he posted it,” Keller said.

Friedenberg called that criticism “pathetic.” He said the context is clear from the video. 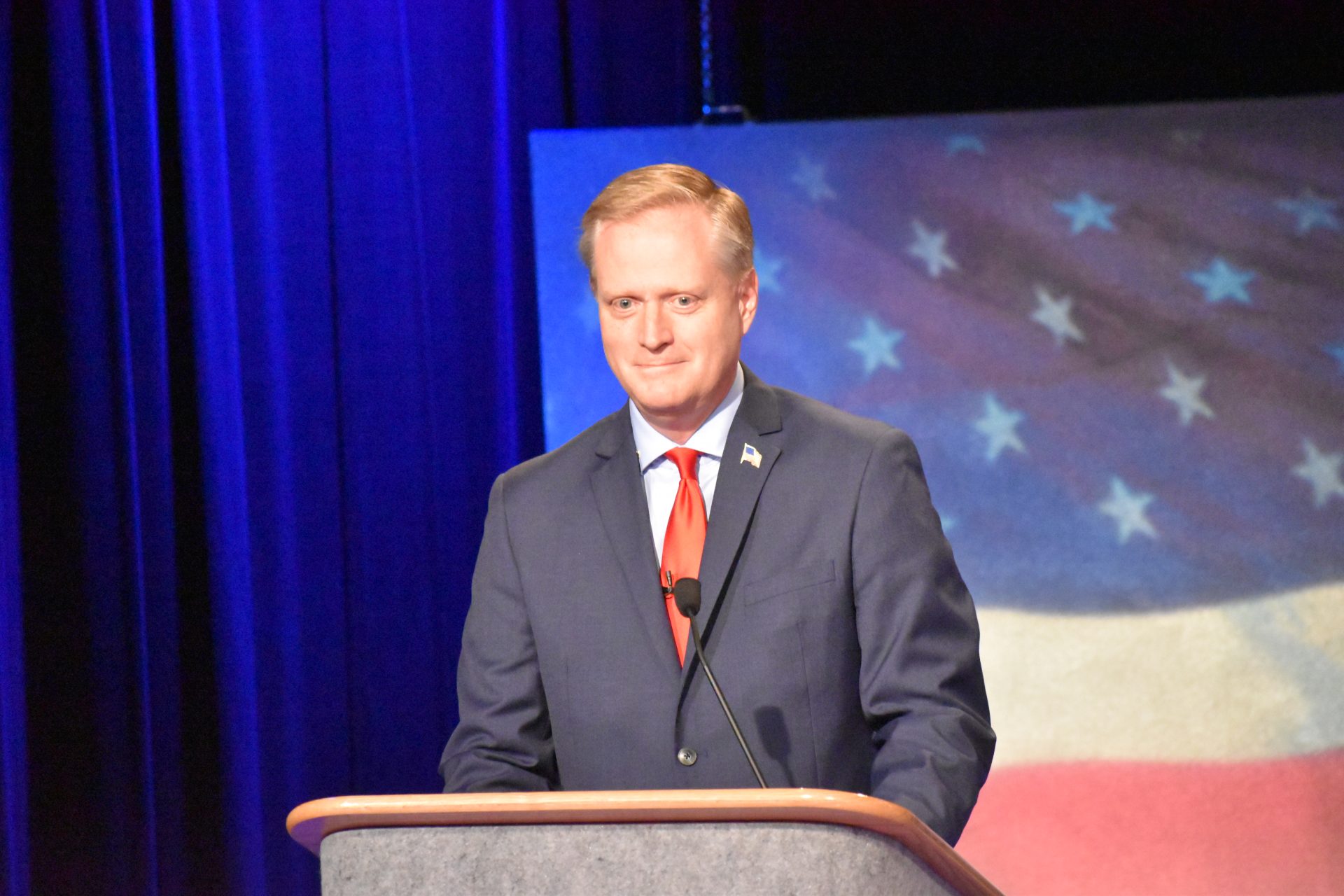 Republican Fred Keller, seen on May 2, 2019, is running for Pennsylvania’s 12th congressional district.