Receivership means the district’s leaders and administrators lose their authority to govern the public entity. 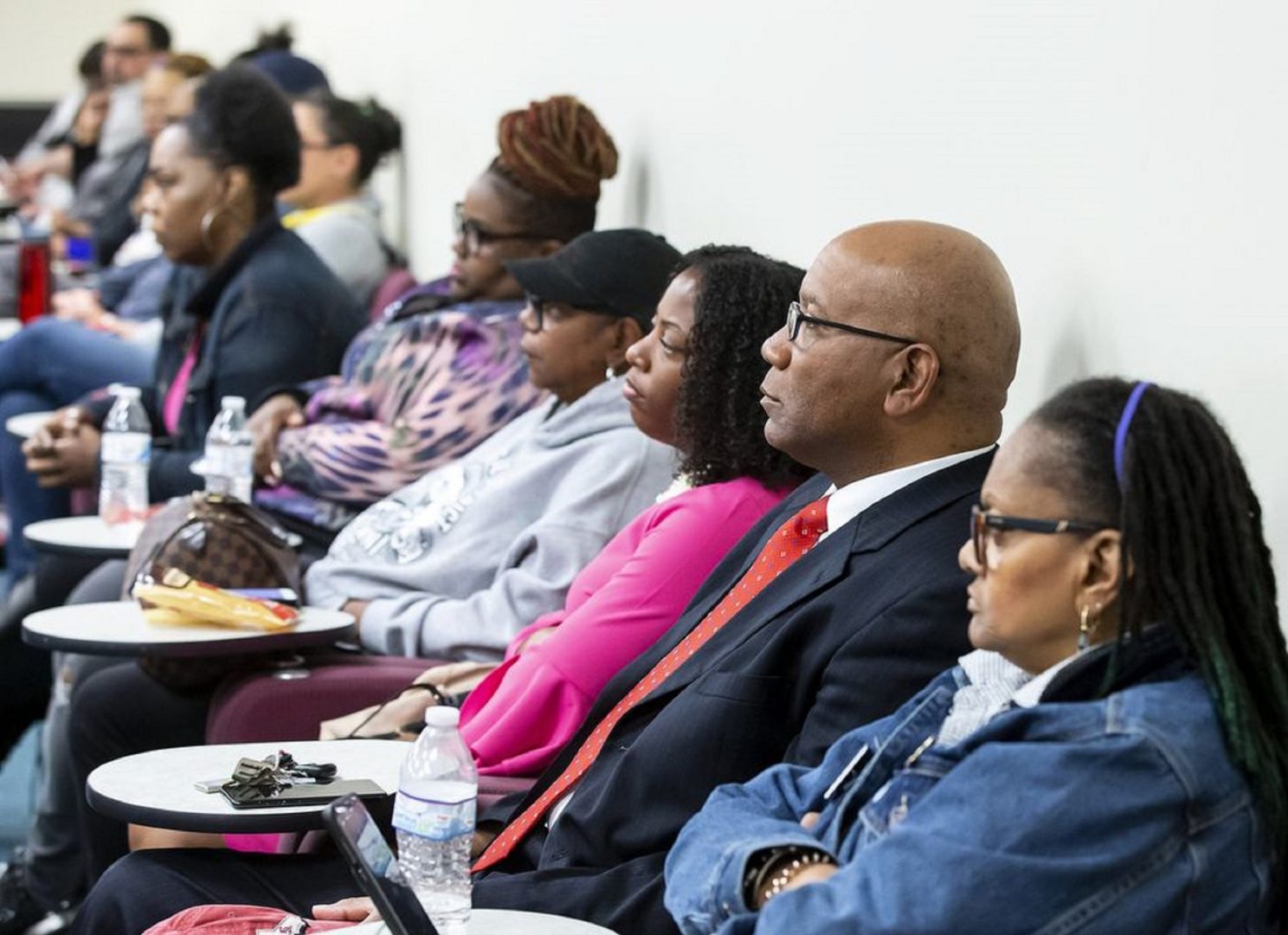 (Harrisburg) — The big question of what happens next if the state Department of Education tells Harrisburg School District that time’s up, we’re taking over, remains to be answered.

The Pennsylvania primary is three weeks away, and a state-hired auditor is crunching the district’s financial numbers, so no one knows what’s in the audit, attorney Tom Scott told around 40 residents Monday evening at PA CareerLink on North Cameron Street. Scott, a Harrisburg attorney who has advised the Harrisburg Education Association, called it an unprecedented situation.

The state could announce receivership in a few days or in a few weeks, Scott said. Among those who support receivership are Mayor Eric Papenfuse, state Rep. Patty Kim (D-Harrisburg) and state Sen. John DiSanto (R-Dauphin County).

Receivership means the district’s leaders and administrators lose their authority to govern the public entity and the state appoints who it wants to lead in its day-to-day dealings. “If the audit would happen to show gross financial impropriety, that would move the timetable up,” Scott said.

Not only does it appear that the district is being scrutinized for its failure to achieve financial goals since having been placed by the state in a financial recovery status, but it’s also undergoing an academic audit, attorney Carolyn Funkhouser said. Both issues could influence the state’s decision to take over Harrisburg’s school system, she explained.

Also, if the school board doesn’t approve or implement the state recovery plan proposed by the district’s state-appointed Chief Recovery Officer, then the state secretary of education may petition the court to appoint a receiver, Scott said. Often, the current chief recovery officer becomes the receiver, which in Harrisburg’s case is Janet Samuels.

The receiver has a lot of power, Scott said.

But those who attended the informational session, which was held by an activist grassroots watchdog group of parents, teachers, and residents called Concerned About the Children of Harrisburg, said they plan on flipping the board in three weeks. A revamped board could help improve the district, CATCH members said.

What’s tricky is that there’s a school board election May 21 in which 12 candidates are running. All of them are Democrats, so theoretically the victors of the primary race will be sworn in later this year. There are five seats on the primary ballot. Of the candidates running, four are incumbents: Vice President Lola Lawson, Patricia Whitehead-Myers, Ellis Roy and Lionel Gonzalez. The fifth seat is held by Joe Brown, who was appointed to serve following the death of former school board director Melvin Wilson Jr.

A large part of the evening’s discussion centered on five school board directors who are historically known to vote in favor of Superintendent Sybil Knight-Burney’s agenda. None of the five – President Danielle Robinson, Lawson, Whitehead-Myers, Roy and Gonzalez – were at the meeting. Harrisburg city residents meet at PA Careerlink to discuss current affairs at Harrisburg School District including the call for receivership from several elected officials, April 29, 2019. Ana White asks a question during the meeting.

“Even if we flip the board, if there are disastrous decisions made with contracts [under the current board], we can petition the court to have them overturned because it’s not in the best interest of the board to oversee the contracts that they voted in,” Fowler said.

That means any decision the existing board makes between now and when a possible new school board would be sworn in can be challenged in court, Fowler explained.

Grassroots efforts is at the heart of what needs to be done, resident Ana White said. She, along with several others, agreed that placing blame on the five school board members is only part of it; the community also needs to take responsibility for the district’s current situation.

Many familiar faces ― from current school board members to candidates running for a seat on the board, as well as city council representation ― were in the audience Monday.

Some new faces also showed up. Stephanie Bradley said she’s been learning both sides of the Harrisburg receivership debate and wants to be educated when she casts her primary votes. And, all the news she’s been hearing about Harrisburg School District has drawn her into wanting to learn more. “I believe all children deserve a high-quality education,” Bradley said. “And, it’s clear Harrisburg students are not getting what they deserve.”