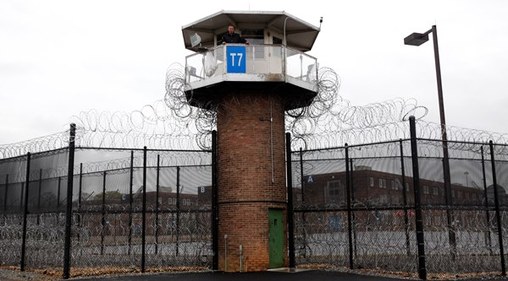 When legislative districts are drawn, inmates are counted as residents of the community where they are housed, despite the fact that they cannot vote or participate meaningfully in civic life. (Photo by AP)

(Harrisburg) – Inmates can’t vote. But they can be counted as part of the population in the counties where they’re locked up.

In a study released last month, Villanova researchers found that in Pennsylvania, counting inmates this way has given suburban and rural, predominantly white communities more political power–and it has simultaneously taken power away from urban communities of color.

If the commonwealth counted inmates as part of the counties they’re from, not where they’re incarcerated, four of its state House districts would be legally too small and four would be too big.

The districts losing significant numbers of residents have big prisons and jails.

One is the 63rd House district in rural, northwestern Pennsylvania, one is the 88th in the south-central region, the 150th is in the Philly suburbs, and one, the 19th, is in Pittsburgh.

In the Pittsburgh and Philadelphia areas, researchers said inmates are usually from adjacent districts.

The counties that would gain a critical number of people are the 197th, 179th, and 203rd in Philadelphia, as well as the 71st–a technically rural district with the city of Johnstown at its center.

“Mass incarceration has resulted in 264,000 Pennsylvania residents being constitutionally underrepresented,” said Villanova assistant professor Brianna Remster, who authored the study. “Of those 264,000 residents, over 100,000 are black Philadelphia residents.”

Remster and co-author Rory Kramer, a Villanova associate professor, found that counting inmates as part of their prison’s district actually adds about 59 people to the average white person’s district, and takes 353 and 313 people away from the average black and Latino voters’, respectively.

“It’s not just that they’re not counted in their home communities, they’re, at the same time, advantaging other communities rather arbitrarily,” Remster said.

New York and Maryland have begun allowing inmates to be counted at their home addresses, and Delaware and California are passing similar laws.