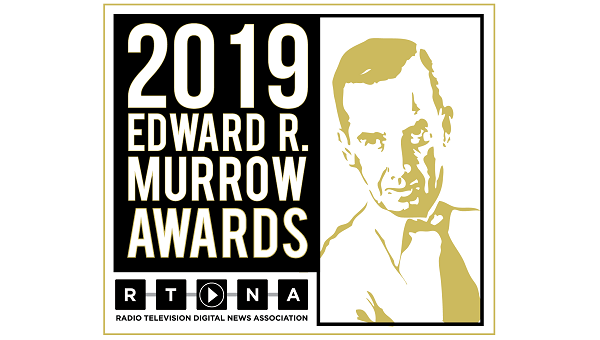 (Harrisburg) — For the 12th consecutive year, WITF journalists have been recognized by the Radio Television Digital News Association with the Regional Edward R. Murrow Awards, receiving honors in six categories. The awards are the highest in RTDNA’s Region 11, which is made up of media organizations from Pennsylvania, New York and New Jersey.

The Regional Edward R. Murrow Awards for excellence in broadcast and online journalism are among the profession’s most prestigious, and celebrate news organizations that demonstrate the spirit of excellence that Murrow set as a standard. It’s the ninth year in a row WITF has been honored with a half-dozen or more Regional Murrow Awards.

“This year’s awards again recognize the outstanding work of our team at telling compelling and impactful stories that are vital to the civic discourse in our region and state,” said WITF President and CEO Ron Hetrick. “Thanks to foundation and donor support, I am proud that WITF is able to make an investment in journalism which makes this work possible.”

WITF journalists have been recognized in the following categories:

Multimedia: Mariner East 2: At What Risk? (StateImpact Pennsylvania, which was recognized in the Large Market Radio classification)

“The journalists behind this year’s awards have a deep connection to the communities where they live,” said Dan Shelley, RTDNA’s Executive Director. “Their reporting demonstrated a level of care for and awareness of their communities that isn’t always popular to highlight when we talk about journalism. The stories they told go deeper than the surface of problems and celebrations, and gave viewers insight into topics and places they may not encounter in their daily lives. The Edward R. Murrow Awards demonstrate how journalists help us break out of our echo chambers, and contribute to productive public dialogue that brings communities together for positive change.”

In order to be awarded an Overall Excellence honor, a news organization must exemplify the highest standards in serving its audience through quality electronic journalism. It’s the sixth time since 2009 that the entire WITF news department has been recognized in this category. WITF has also been the recipient of the Regional Edward R. Murrow Award for Excellence in Sound for six straight years.

The entry highlighted how Pennsylvania, once again, found itself in the national spotlight in 2018. The two big issues were the release of a grand jury report on clergy abuse and a redistricting ruling. Other major topics included the continuing attempts to stem the opioid epidemic, the shooting death of a deputy U.S. Marshall and the general election.

“It is a pleasure to work with this creative team of journalists every day. It is exceptionally exciting to see their work honored with multiple Edward R. Murrow regional awards,” said Cara Williams Fry, WITF’s Chief Content Officer. “WITF’s news team, led by Tim Lambert, is comprised of talented, hard-working reporters who care about our communities and this region.”

While WITF reported on everyday developments, its journalists worked to provide the proper context, perspectives and underreported elements in each story, while staying true to the facts. Examples include how they looked at why the state stopped paying for home inspections to find sources of lead poisoning, and told the stories of people from Puerto Rico who settled in central Pa. after fleeing the devastation of Hurricane Maria.

WITF also brought personal stories to our listeners. Rachel McDevitt introduced our listeners to the owners of what’s believed to be the first African-American-owned craft brewery in the state. Katie Meyer looked back at a more than decade-long effort to complete the Flight 93 National Memorial. Her work added to a rich tapestry of more than 15 years of WITF bringing listeners the story of the effort to memorialize the heroics of the 40 passenger and crew members onboard the hijacked airliner that crashed in Somerset County on Setember 11, 2001.

“It sounds incredible, but WITF has been covering the Flight 93 crash and commemoration effort for more than 17 years,” Meyer said. “I was lucky to be able to pull from those years of reporting in my story on the memorial’s completion, and I am grateful to everyone–especially the families of Flight 93–who spoke with us during the process. 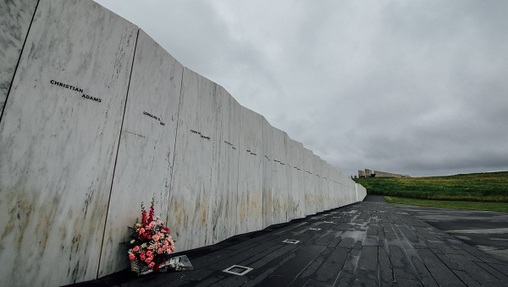 “I’m proud of the dedication and commitment our journalists show each and every day,” said WITF’s Multimedia News Director Tim Lambert. “The range of stories receiving recognition from RTDNA is a great snapshot of the kind of work they produce to ensure our listeners are well-informed about issues impacting their communities.”

WITF’s team was also honored for lighter, thoughtful fare — like Joe Ulrich’s profile of the Lancaster County’s Vincent Smaldone, who is better known as DJ Image.

In addition, WITF devoted resources to dig deeper through collaborations with fellow public media organizations, like Keystone Crossroads and StateImpact Pennsylvania. Emily Previti spent months digging through data as part of an investigative project that uncovered a wide array of ramifications due to Pennsylvania’s lack of funding and oversight for public defense. Journalists from across the state teamed up to look into the controversial Mariner East pipeline project, and the resulting work reached listeners through audio, video and online stories.

“It’s an honor to be recognized for the work I’ve done with Keystone Crossroads on such an important issue,” Previti said.

Lambert now has garnered 21 Regional Murrow Awards in his career. It is the eighth for Ulrich, second for Previti and first for Meyer.

Regional Murrow Awards are presented to small and large radio, television and digital outlets based on 14 geographic areas. Regional honorees are automatically considered for a National Murrow Award. Radio stations are ranked by market size, and WITF competed against all stations in markets ranked No. 51 and smaller in the three-state region.

Other Pennsylvania media organizations to be honored are Pittsburgh’s KDKA-TV and Philadelphia’s KYW-AM and WHYY with three Regional Murrow Awards each, WESA with two, and one each for Philadelphia’s WCAU-TV and WTAE and WPXI in Pittsburgh.

A record 4,600 entries were submitted for this year’s competition. Altogether, 309 radio and TV newsrooms across the country were honored with Regional Murrow Awards.