Though they agree on a salamander, lawmakers are divided on the governor's pitch to clean up its streams. 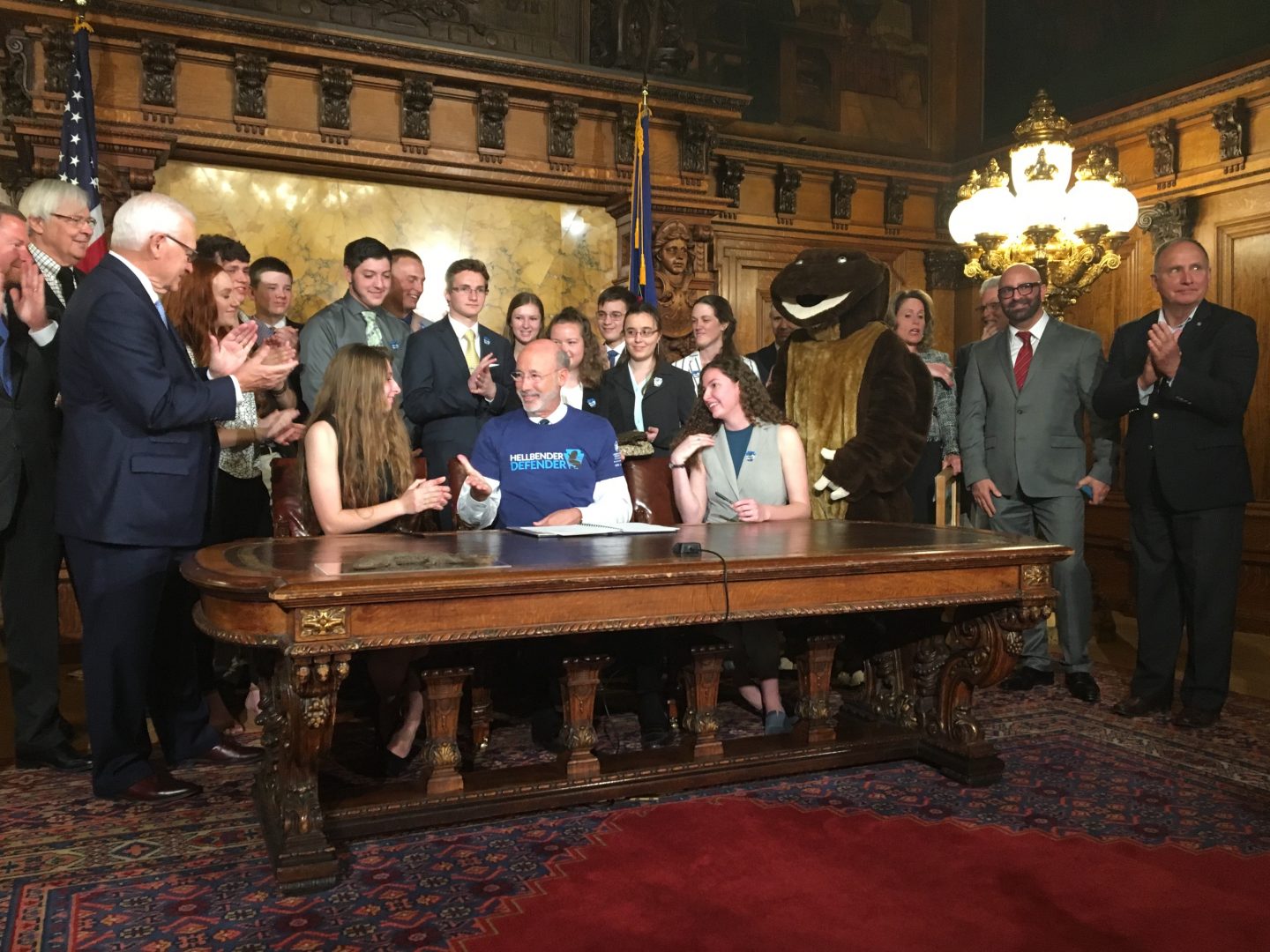 (Harrisburg) — Governor Tom Wolf has officially put his signature on a state amphibian.

It may not be pretty, but supporters of the Eastern hellbender say it’s a vital reminder to keep streams and waterways healthy.

At the bill signing ceremony, Senator Gene Yaw recalled a day in 2016 when a group of high school-aged members of the Chesapeake Bay Foundation’s Student Leadership Council pitched the slimy river-dweller as state amphibian.

“You have to understand, this was in the middle of a $2 billion budget deficit problem that we had,” the Bradford County Republican said. “I knew they were looking for some sucker to [introduce the bill].”

He added, the path to state amphibian-ship ended up being “a great experience.”

Hellbenders, she said, breathe through their slimy skin. They can only thrive in fast-moving, highly-oxygenated fresh water.

“The health of hellbenders is directly linked to the health of water across the commonwealth,” she said. 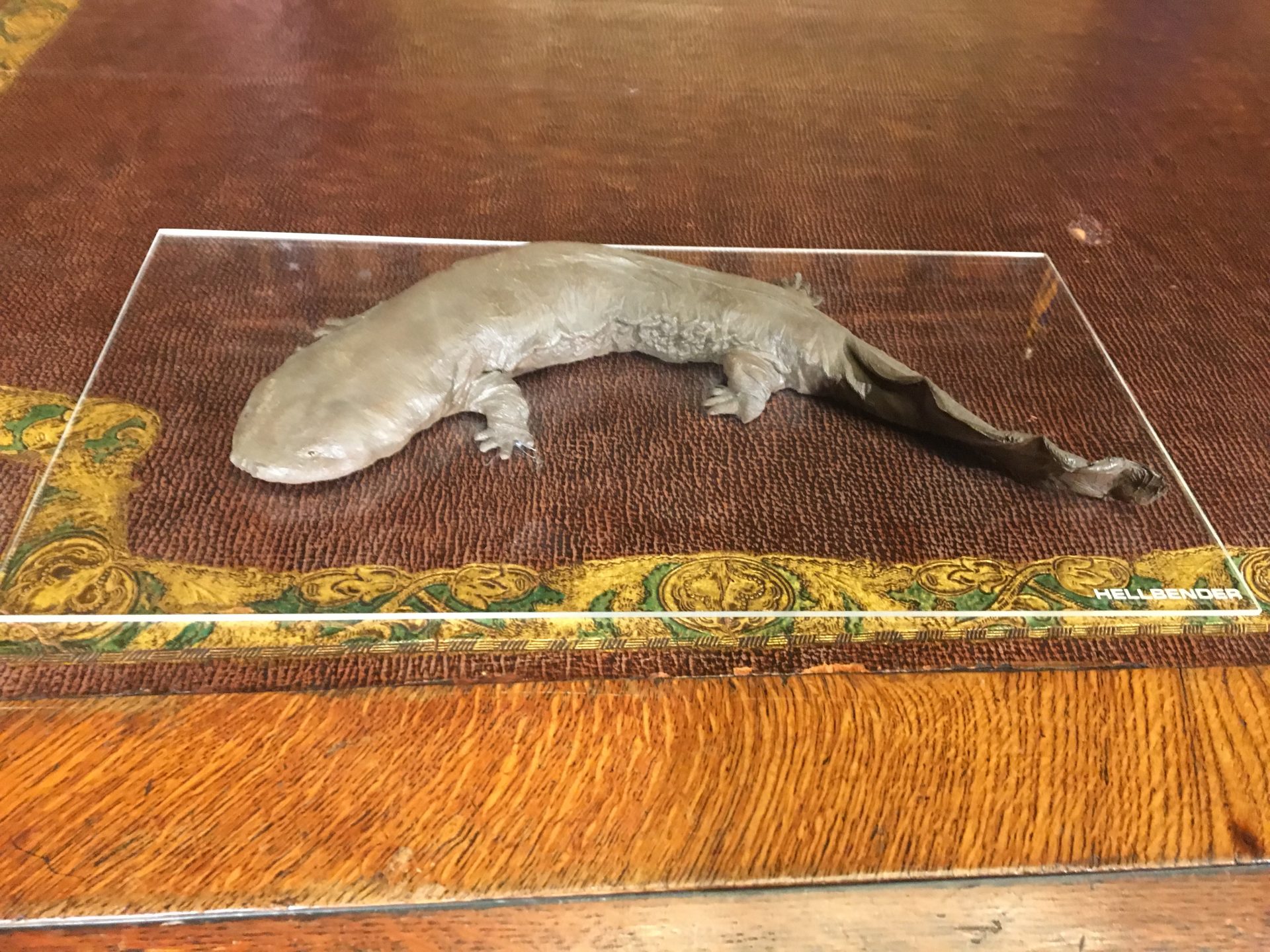 A lifelike model hellbender, displayed on the governor’s desk. The bill-signing also involved a hellbender mascot and a box of salamander-shaped cookies.

“The population of the hellbender began to decline sharply in the 1990s, leading to concern for their viability. And that’s alarming, because it means that our water quality has degraded over that period of time,” he said.

Hellbenders are considered endangered in several states, though earlier this month, the U.S. Fish and Wildlife Service decided not to list the giant salamander under the Endangered Species Act.

It so happens, Wolf is pushing a package of proposed infrastructure improvements, dubbed Restore Pennsylvania, that includes waterway preservation. It would be funded by a perennially–unsuccessfultax on the natural gas industry.

Asked whether he supports it, the Republican Yaw said yes—sort of.

“I’d support…the concept of it, and the governor and I have already talked about it,” he said.

But as for using a severance tax on natural gas drillers for funding?

“The devil’s in the details,” Yaw said. “We’re still talking,” Wolf chimed in.

The governor later said while there is “really good bipartisan conversation going on now,” defenders of natural gas drilling—largely Republicans—have been careful not to “harm the goose laying the golden eggs.”

A spokesman for the governor said the administration and lawmakers supporting Restore Pennsylvania are still collecting co-sponsors, and aim to start introducing bills within the next two weeks.