Who is Stephanie Borowicz, the Pa. state lawmaker accused of delivering a ‘weaponized prayer’?

'She’s never hidden anything. She makes it clear that Christ is the center of her life.’

Stephanie Borowicz, a first-term state representative from Clinton County, has received national attention following criticism of a prayer she gave in the state House on Monday.

On the day that the state House’s only Muslim woman, Rep. Movita Johnson-Harrell, was sworn into office, Borowicz gave an invocation in which she mentioned Jesus more than a dozen times and praised President Donald Trump for “standing beside Israel, unequivocally.”

In a video, House Democratic Whip Jordan Harris said “prayer was weaponized from the speaker’s dais.” Democratic Gov. Tom Wolf said he was “horrified” by the invocation, according to The Associated Press. 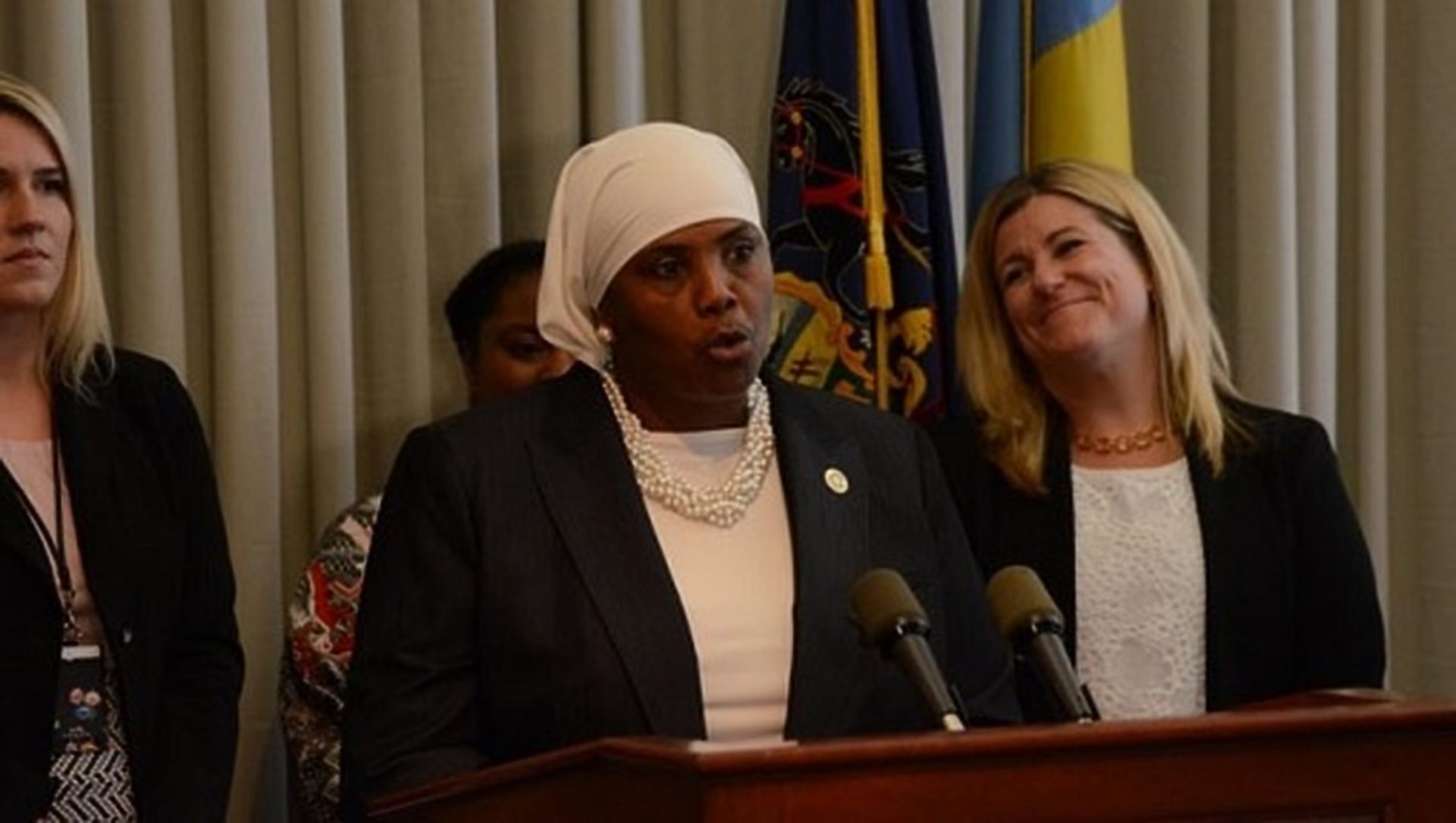 Movita Johnson-Harrell, shown here while she was supervisor of the Philadelphia district attorney’s Victim/Witness Services unit.

Borowicz has stood by her remarks.

Rep. Borowicz on her controversial prayer: “That’s how I pray everyday.” When asked to respond to Dems calling for an apology she says “Oh no, I don’t apologize ever for praying”

The Washington Post, USA Today and other national outlets have picked up the story.

“She’s always been very clear about her beliefs. She’s never hidden anything. She makes it clear that Christ is the center of her life, and that is her belief,” Eng said in a phone interview Wednesday, later adding, “Why is she now vilified because of how she prayed?”

Borowicz was elected to office in 2018 after flipping a Democratic seat. Here’s a look at who she is, how she won election to the state House and what she’s focused on as a lawmaker so far.

She grew up in Orlando, Florida, according to a WPSU profile, and graduated from Vanguard University, a Christian university in Orange County, California.

On a legislative website, she describes herself as a mother, former fourth-grade teacher and pastor’s wife.

The bio says she is “deeply committed to protecting our God-given rights and freedoms from intrusive government overreach, which includes safeguarding our Second Amendment liberties and protecting the sanctity of all human life.”

How Borowicz got into office

Borowicz first ran for state representative in 2016, challenging a longtime Democratic lawmaker, Mike Hanna Sr. At the time, Hanna was the minority whip in the House.

A video from that 2016 campaign shows Borowicz talking about the importance of religion in her campaign.

“We’re God-fearing, God-loving people,” she says. “No one is offended here when I knock on their door and I mention Jesus and God.”

But she ran again in 2018. This time, Hanna didn’t seek re-election. Instead, Hanna’s son, Mike Hanna Jr., ran on the Democratic side.

A WPSU profile of the race said she was “running as a Christian conservative and references the Bible often in her campaign.”

Borowicz won with nearly 54 percent of the vote — or a margin of more than 1,500 votes.

Chris Ellis, an associate political science professor at Bucknell University, said the approach in her campaign was similar to the approach people can see in the invocation video.

“I think what happened is not a surprise and I think it plays fairly well for her district,” Ellis said.

Her district is made up of  Clinton County and a northern part of Centre County.

Clinton County is home to Lock Haven University, one of the state universities in Pennsylvania.

Centre County is home to the main campus of Penn State. Borowicz represents a rural area north of the University Park campus.  The total population of the county is about 163,000, and about 88 percent of the people are white. The median household income is more than $56,000.

In 2016, Republican Donald Trump won 65 percent of the vote in Clinton County. Trump lost Centre County, but he did better in the part of county that Borowicz represents.

In early February, she sent out a co-sponsorship memo, seeking support for legislation that would ban abortion once a fetal heartbeat can be detected.

“This legislation will be another great rallying cry for us to save babies around this state and possibly around the nation,” she wrote in a co-sponsorship memo.

That bill hasn’t been introduced yet.

She’s signed onto other legislation, including a resolution that would condemn the Boycott, Divestment and Sanctions movement condemn against Isreal as “an antisemitic political movement.”

She’s signed on to legislation on less controversial topics. Pennsylvania, for instance, has the second largest number of dairy farms nationally.

She signed on to a bill that would allow milk haulers to travel on highways during a declaration of a disaster emergency — a time when there are restrictions on commercial vehicles.

What she’s said about the controversy

Borowicz spoke on the Todd Starnes Show this week and said the prayer wasn’t targeted toward Johnson-Harrell.

“As Christians, we don’t pray differently based on who we’re standing in front of. …I stand for Jesus, no matter what and no matter who I’m in front of,” she said.

She said it was “ridiculous” to call her invocation Islamophobic.

“I pray to Jesus. It’s not directed towards anyone. But, Todd, we know that there’s power in the name of Jesus,” she said, adding, “It’s time for Christians and other people to start standing up and speaking out. I think we’ve been silent for too long.”

You can watch the interview below.