March Madness bets at Pittsburgh casino have been ‘nonstop’ 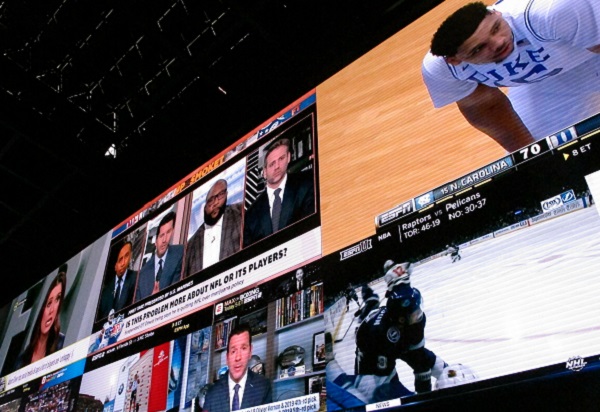 (Pittsburgh) — This is the first NCAA men’s basketball tournament where Pennsylvanians can legally bet on games, and expectations have been surpassed at Rivers Casino in Pittsburgh.

“This has been nonstop already,” said Jimmy Vaccaro, Rivers’ director of sports relations. “I knew it would be good, and I’ll say right now I think it’ll be better than I anticipated.”

“I was there for three hours [Tuesday], and there was never any time where there was one kiosk that wasn’t being used,” Vaccaro said. “It’s steady, it just keeps coming, it’s a lot more than I thought I would be.”

Many people are betting on one team to win the tournament, according to Vaccaro. Most others are placing high risk, high reward parlay bets, choosing the winners of three to five games at a time.

The American Gaming Association estimates nearly one in five Pennsylvanians will make a bracket or place a bet during March Madness this year.

Because of the success sports betting has already had in Pennsylvania, Vaccaro said he predicts more states will legalize it in the next few years.

Rivers Casino hasn’t started tallying up how many bets have been made and for how much money; that will happen once the first round games begin Thursday.

Pittsburgh amends gun bills, will wait on state approval to ban some firearms