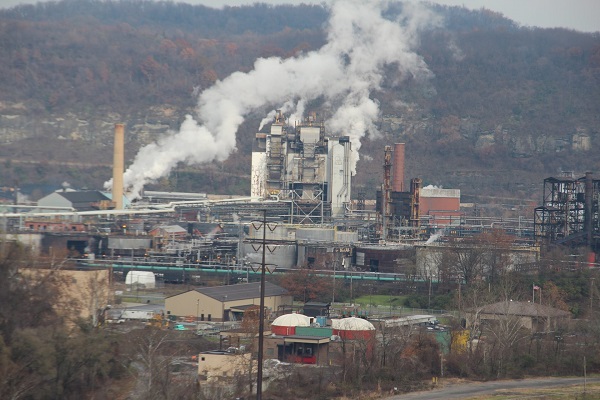 (Pittsburgh) — After U.S. Steel said repairs at Clairton Coke Works are a month ahead of schedule, the Allegheny County Health Department on Tuesday revised an order against the company that required it to significantly curb emissions from three of its Pittsburgh-area facilities.

The plants were releasing sulfur dioxide at a rate the health department calculated to be five times above what was allowed under their permits after a fire in December damaged Clairton’s pollution controls. The other facilities, which include U.S. Steel’s Irvin and Edgar Thompson plants, had been using coke oven gas produced at Clairton that was not going through those controls.

U.S. Steel appealed the order, saying it could not meet the deadlines and that compliance — by substantially extending the time coal bakes in its ovens or idling parts of Clairton — could put its workers at risk. The company said last week that it anticipates having its pollution controls repaired by April 15.

“That made some of the requirements of the original order practically moot because there’s no technical, physical way they can be done in that period of time,” said Jim Kelly, deputy director of environmental health for the county health department. “Obviously it’s a good thing that they’re moving everything up by a month.”

After U.S. Steel’s appeal, a hearing officer for the department issued a temporary stay in early March, which put the original order on hold. The two parties have since held discussions, and Kelly said revising that order was the best way to make sure an enforcement action takes effect.

The order now holds the company to an April 15 deadline to have its new equipment fully operational.

“Between now and April 15, there are still going to be excess emissions, and that’s the difficult thing,” Kelly said.

The order requires the company to begin testing its new equipment by April 1. It also imposes a deadline to extend coking times to 27 hours. The longer coal sits in hot ovens as it’s processed into coke, the less coke oven gas is produced. When that gas is burned, it releases sulfur dioxide, which can contribute to respiratory problems.

Kelly said the department wants to determine the impact of reduced coking times on emissions, and it is requiring U.S. Steel to provide it with data to make those calculations.

U.S. Steel said in a statement that it’s pleased the health department considered its safety concerns and suggestions, but it’s disappointed that the department issued an enforcement order.

“We are currently reviewing the Order to determine if compliance with its requirements can be achieved and sustained in a safe manner without compromising environmental performance,” the statement said.

If the company fails to meet its order, Kelly said the department could issue another down the road.