Pennsylvania's general assembly is huge. But reducing its size would require some lawmakers to vote away their own jobs. 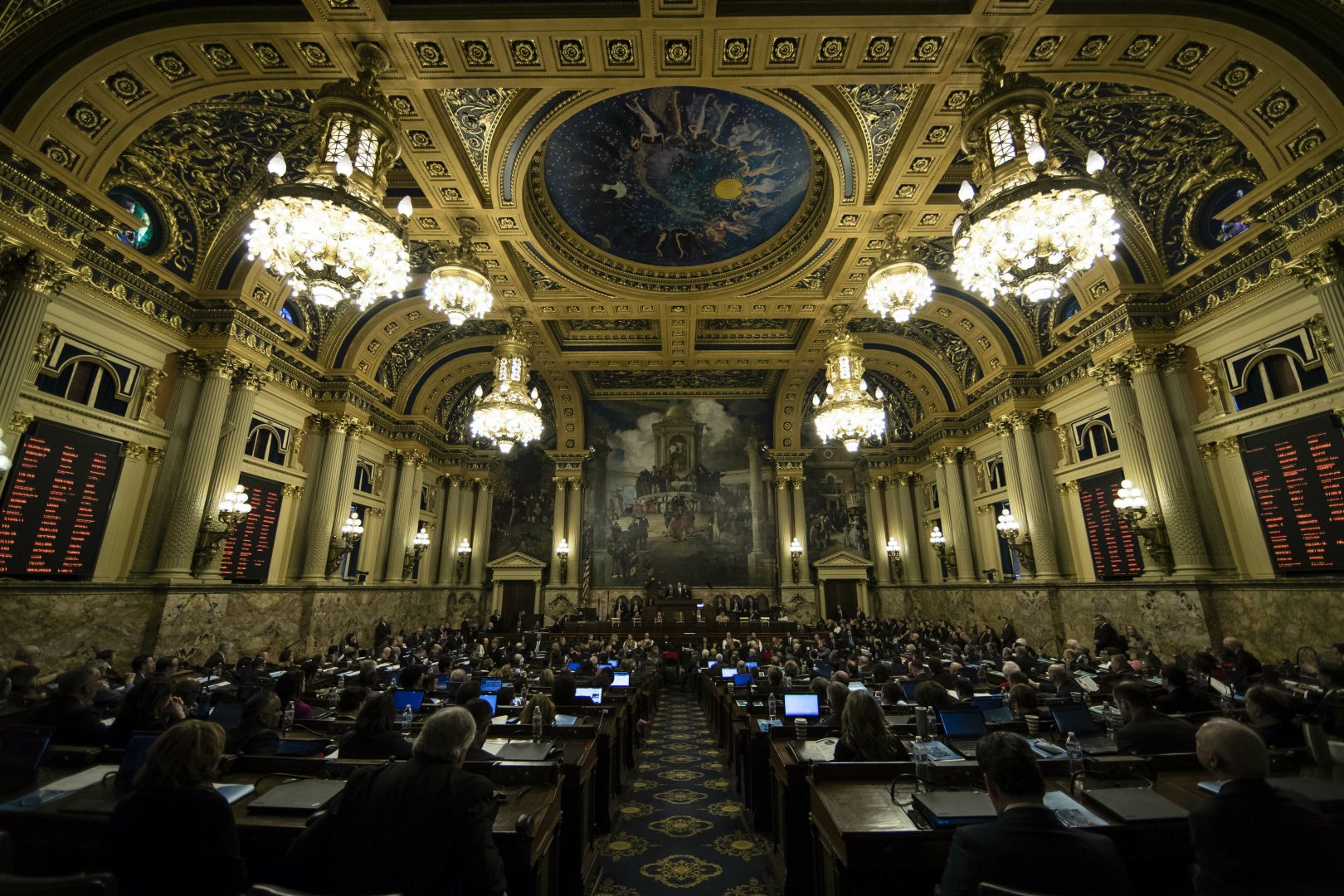 (Harrisburg) — With 253 members in the House and Senate combined, Pennsylvania has the largest full-time legislature in the nation.

Its lawmakers are also the third-highest-paid, behind just New York and California.

That prompted PA Post reader Brendan Mangan to write to our Listening Post with both a gripe and a question. Having 203 House members, he said, is “ridiculous.” He asked, can’t lawmakers cut their numbers to 125?

It so happens, they can. But whether they will is a different matter.

In order to change the size of the House or Senate, the chambers would have to sign off on a constitutional amendment. That means passing identical versions of a bill in two consecutive legislative sessions, then having voters approve it in a statewide referendum.

For the last four years, Representative Jerry Knowles has been pushing an amendment that would cut House membership from 203 to 151.

Last year though, Knowles couldn’t muster enough support to get it over the finish line a second time.

“I think the best way I can describe it is, it ended tragically,” the Schuylkill County Republican said. “Unfortunately, it was derailed by some people who didn’t want to see it happen.”

Knowles said his basic argument is that voters should be given a chance to decide their legislature’s size.

But aside from that, he has long held that a smaller general assembly would be cheaper and more efficient.

“Anyone who has had the opportunity to be a spectator on the floor of the House will tell you, it is complete and utter chaos,” he said. “I think it’s much easier working with a smaller body, building consensus, and coming to an agreement.”

His opponents tend to say downsizing wouldn’t make a big enough difference in cost or productivity, and they argue that representatives can engage better with constituents when districts are smaller.

Last session, Knowles estimated his bill would have saved around $15 million—a relative drop in the bucket compared to the commonwealth’s $32 billion operating budget.

As far as productivity goes, experts say studies on the subject have been inconclusive.

Reached last year when debate on Knowles’s bill was in full swing, Brenda Erickson, a senior research analyst at the National Conference of State Legislatures, said the functionality of a legislative body “doesn’t necessarily equate to size” because there are “too many other factors.”

Ultimately, she said the appropriate size for a legislature seems to have more to do with expectation and tradition than any objective measure.

“Each legislature is unique,” she said last March. “How they work, how their people want them to work. So a lot of this is driven by what the people of this state want their legislature to be–and that’s usually all set forth in their constitution.”

For his part, Knowles is still mulling whether to keep trying to shrink the chamber.

He’s considering tweaking the bill—maybe shrinking by 28 members instead of 52, delaying the effective date, or cutting members gradually.

Whatever happens, he said he’s not quite ready to let go of the fundamental idea.

Video: 5 things to know about raising the minimum wage in Pennsylvania.