Gov. Wolf wants Pa. to lead the country in organic. What would that take? 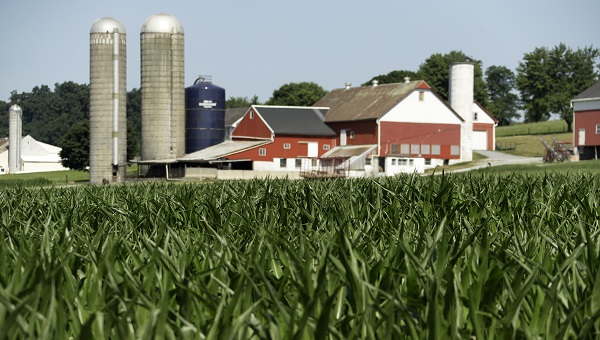 Pennsylvania is already ranked second in the country in sales value of organic products. Data from the USDA shows 2016’s sales exceeded $659 million.

But California is far-and-away the leader. Its sales outpaced Pennsylvania’s more than four times over, at $2.8 billion.

Cheryl Cook, Deputy Secretary for Market Development at the state Department of Agriculture, is optimistic.

“The farmers have showed us that it’s doable,” Cook said. “They got to second in the nation without any particular intervention from state government.”

She added demand appears to be growing, with 78 percent of Pennsylvanians saying they bought some organic food in the last year.

Mary Barbercheck, a Penn State professor who researches sustainable and organic agriculture, said it’s a worthy goal to increase organic production, but people need to be aware of the risks.

She noted organic crops offer an opportunity for higher prices.

“And we do not have every farmer in the United States chomping at the bit to transition to organic, and it’s because it’s more difficult,” Barbercheck said. “It takes more labor and it takes more management,” which can cut into potential profits.

Barbercheck said Pennsylvania could become more competitive with California in terms of dollar amount by focusing on high-value organic commodities, such as fruits, vegetables, and animal products.

The commonwealth already does particularly well with eggs and broiler chickens.

Cook acknowledged the risks to transitioning to organic farming.

Producers need to use the more expensive organic practices and forego synthetic pesticides and fertilizers for three years before they can be certified and start demanding the higher price.

The governor proposed $1.6 million in his farm bill to providing technical assistance during the transition period.

State officials said, in the long term, the move could put more money into farmers’ pockets as well as reduce environment costs associated with conventional farming.

Fewer inmates will not mean a prison closure in 2019, Pa. officials say