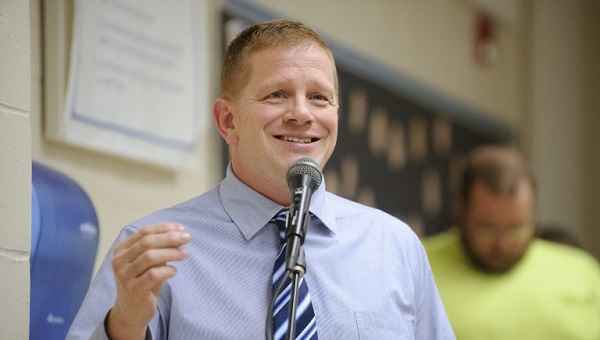 (Pottsville) — A Schuylkill County judge says she needs more information from the Tamaqua Area Education Association before ruling on a policy that would allow some staff to carry firearms in school.

Unanimously approved by the Tamaqua School Board in September, the policy requires that teachers and other school staff who wish to carry guns first undergo training. The teachers union sued the Tamaqua Area School District in November, alleging that the policy puts members at risk because it requires less training than state law demands for armed staff in schools.

In a February 11 order, Court of Common Pleas Judge Jacqueline L. Russell told the union she needs more information to support that argument. The order also questioned the union’s standing to sue, writing that the union must prove that a member “has suffered or will suffer direct, immediate, or substantial injury to his/her interest” as a result of the policy.

The union now has 20 days to file an amended complaint and plans to do so.

“I believe we still can prove our case,” said Tamaqua Area Education Association president Frank Wenzel. “To me, the absence of harm doesn’t disprove that there’s a danger.”

Larry Wittig, president of the Tamaqua School Board, feels confident that the union will not be able to prove its members are at risk. “Nobody has been harmed, nobody will be harmed, particularly because it’s a voluntary task or duty,” he said.

Under the policy, teachers and other staff would volunteer to carry firearms, not be mandated to do so.

A group of parents filed a separate lawsuit against Tamaqua’s policy in January. Wittig said he thinks it will meet the same fate.

“There has to be a case made that the students are less safe with our policy than more safe,” he said. “In my opinion … that’s a tough road to go down.”

Tamaqua would be the first district in Pennsylvania to do so.

There have been several documented accidents involving armed school staff or police officers assigned to schools. In March, three students were injured when a California teacher who is also a reserve police officer accidentally discharged a gun during a firearms safety course. In January, a police officer stationed in a New Jersey high school accidentally fired his gun in a hallway while cleaning it. No one was injured.

In 2016, a teacher at Cumberland Christian School in Chambersburg Pennsylvania left her gun in a unisex bathroom. Four students, aged 6 to 8, used the bathroom and saw the gun before one reported it to a parent. Before the incident, the school did not have a policy against carrying guns on premises; it has since adopted one.

Nicholas Boyle, chair of the Tamaqua school board’s safety committee, said those accidents are the exception. “This is done in hundreds of other school districts without incident, and has been completely successful, so I don’t think there is going to be any harm here.”

The Tamaqua School Board suspended implementation of the policy in January pending the resolution of the two lawsuits.