Why are there so many superintendents in Pennsylvania? Here are four reasons

Jane Higdon worked and lived in Maryland for decades. She spent 33 years in education, much of that time as a high school English and special education teacher.

Then she moved north, to Lancaster County, Pennsylvania. She wanted to be closer to her grandchildren.

And she noticed something.

Each of Maryland’s 23 counties and the city of Baltimore have one school district with one superintendent or CEO at the top.

But in Lancaster County alone, there are 17 school districts — each with its own superintendent who had a salary above $100,000 last year.

So she wondered: Why are there so many?

Higdon wrote: “Why are there SO many highly paid school superintendents within each county? I’m from Maryland where each county has ONE superintendent. Their Ed system is ranked high. Money is spent on students.”

One reason Higdon asked the question is the same reason she moved to Pennsylvania: her grandchildren.

“I just want to make sure that they get the best education they can,” she said in a follow-up phone call. “… I just worry that the money is not being spent on students.”

Pennsylvania has 500 school districts — nearly every one with its own full-time superintendent, hired by locally elected school board members. The median salary for a Pennsylvania superintendent last year was a little under $140,000.

In Maryland, the median superintendent salary is higher. It’s a little over $203,000.

Here are four reasons why it would be so hard to reduce the number of school districts and superintendents in Pennsylvania. 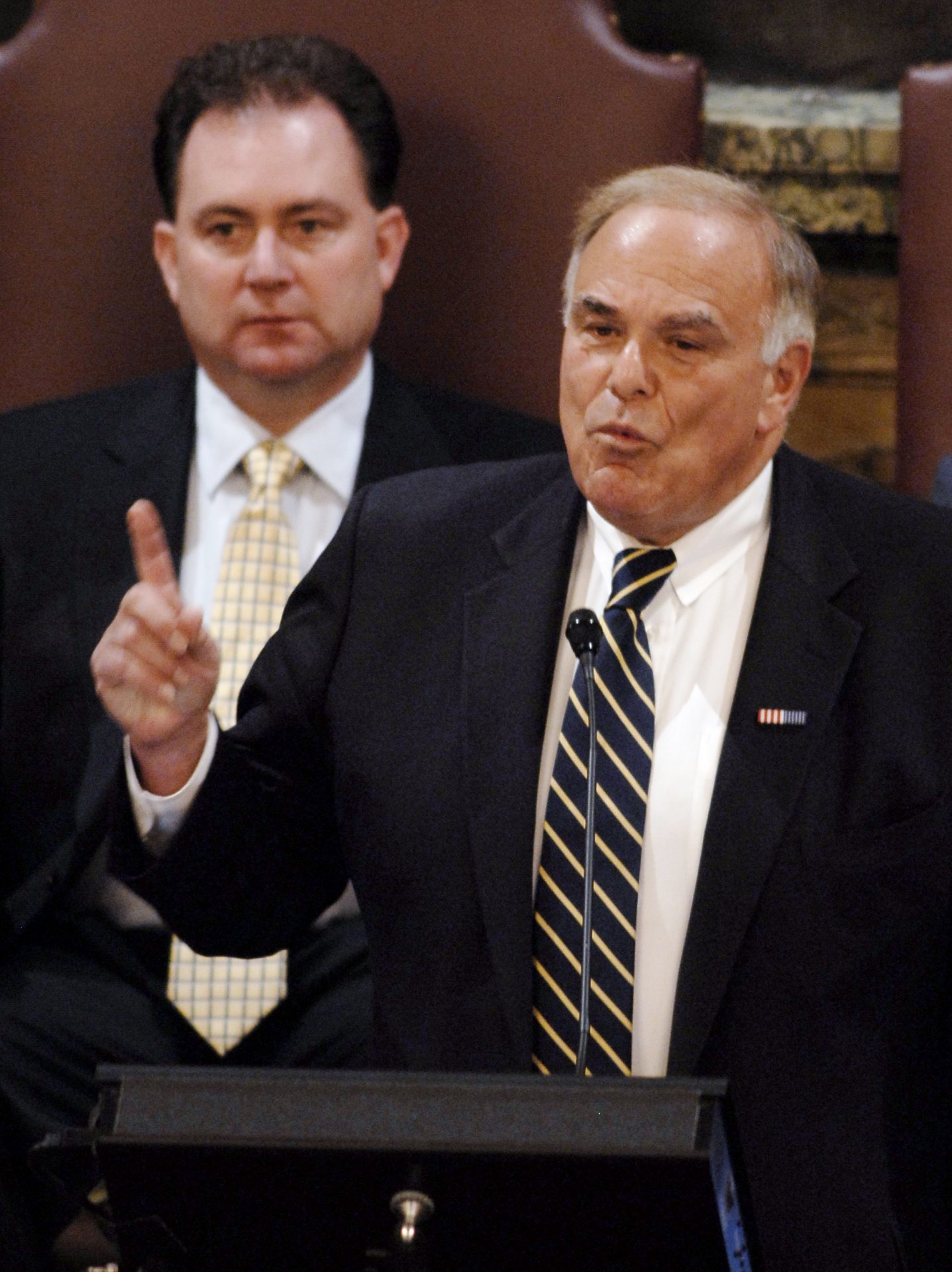 Pennsylvania Gov. Ed Rendell, right, gives his annual budget address at the state capitol as the Speaker of the House, Keith McCall, D-Carbon, left, looks on Wednesday, Feb. 4, 2009 in Harrisburg, Pa. Rendell proposed reducing the number of school districts in Pennsylvania to 100. That didn’t happen.

But closing schools often is not.

In 2017, a report from a research agency for the General Assembly said that district consolidation and school consolidation essentially mean the same thing.

Even if leaders of district consolidation efforts promise not to close schools, “more often than not school closure follows soon, as it is, in fact, the most reliable way to create savings,” the report said.

Look what happened in Arkansas.

In 2004, Arkansas lawmakers passed legislation that required any school district with fewer than 350 students to consolidate with another one. The new law said reorganized school districts could not close schools within the first year.

But after the first year, school closures followed rapidly, the Pennsylvania research agency found. And another study found 81 schools closed in affected districts from 2004 to May 2010.

The issue of closing schools came up in the most recent campaign for governor.

During a September campaign stop, Republican Scott Wagner floated the idea of consolidating some schools in areas where they were underperforming.

Democratic Gov. Tom Wolf’s campaign called the idea a “Shocking New Plan to Close Pennsylvania Schools” and one more reason to “be terrified by Wagner.”

And nearly a year ago, about 100 people took to the streets in northeastern Pennsylvania, holding signs that said “West is Best!” and “We Bleed Blue.” The Times-Tribune described the action as “a proactive protest against the prospect of consolidating West Scranton and Scranton high schools.”

At the time, the board wasn’t considering closing either school, but a teacher told The Times-Tribune that protesters wanted to make sure no one suggested it. 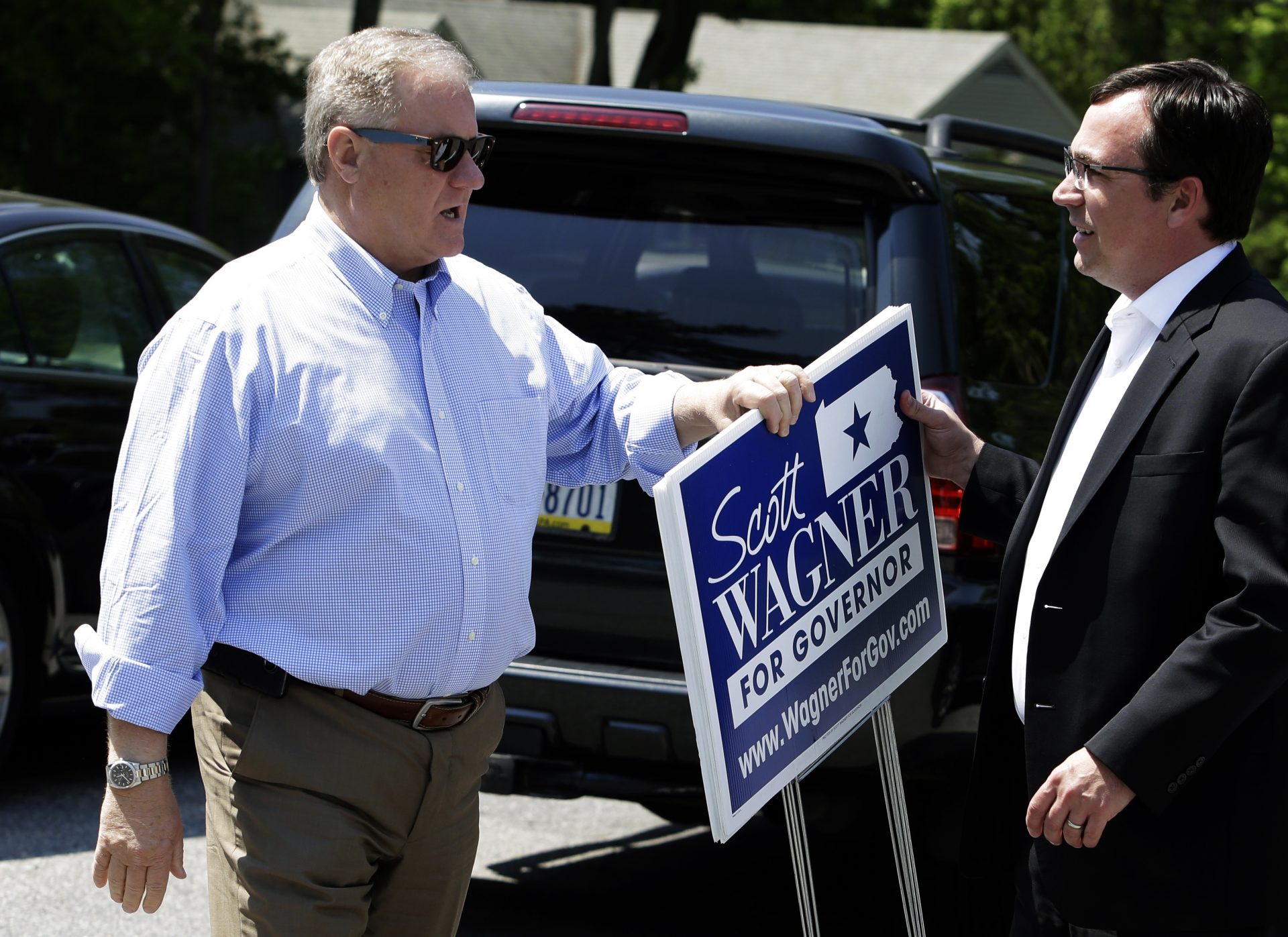 Republican candidate for Pennsylvania governor Scott Wagner, left, hands off campaign signs as he arrives at a polling station Tuesday, May 15, 2018, in Springfield, Pa. Democratic Gov. Tom Wolf’s campaign criticized Wagner after he suggested consolidating schools in areas that were underperforming.

2.) There are big divides between districts.

In 2016, a national study by EdBuild identified what it called the “50 most segregating borders.”

By that, the authors were referring to neighboring districts with large differences in income. Pennsylvania had six borders on the list, including multiple ones for the Reading School District in Berks County.

Meanwhile, states with countywide school districts — for example, Maryland — were almost entirely absent from the list.

In the study, the researchers focused on segregation based on poverty rates, not race.

But in the EdBuild report, the authors says that racial segregation has been allowed to persist thanks in part to a 1974 U.S. Supreme Court decision ruling against a desegregation plan that involved multiple school districts in Michigan.

America’s school districts are divided by ~33,500 individual borders. Click to see which are the most segregating: https://t.co/UdclpFcSBF

While merging districts might reduce unequal funding, local and state leaders have resisted that approach.

In Pennsylvania, race explicitly came up in a long legal fight in Allegheny County decades ago.

In 1973, a federal judge found that state and Allegheny County officials “maximized racial segregation” when they created what was then known as the General Braddock Area School District. Efforts to desegregate the district and merge it into other ones dragged on for years.

Here’s how The New York Times described the situation in 1981:

“… Edgewood residents said that the issue was not one of black and white but of the independence of their school district, which they said had developed one of the finest academic programs in the state. Up to a thousand protesters have jammed suburban auditoriums to applaud pledges by their school boards to fight the proposed merger, which is scheduled to go into effect in September at the start of the 1981-82 school year.”

The merger and creation of Woodland Hills School District went through later that year.

In 2015, then-U.S. Education Secretary Arne Duncan said Pennsylvania has the most inequality between funding for wealthy and poor school districts.

Right now, that disparity is the subject of a lawsuit, filed by a diverse group of plaintiffs, including the Pennsylvania Association of Rural and Small Schools and the NAACP Pennsylvania State Conference. A trial is scheduled for the summer of 2020.

3.) Some things would probably get more expensive.

In 2007, a Standard & Poor’s analysis of 88 Pennsylvania school districts estimated that 34 mergers could save about $81 million a year.

And other analysts have found some things get cheaper overall with consolidation, especially for smaller school districts.

One item that looms large? Salaries and benefits for teachers and other employees.

Right now, school boards negotiate teacher contracts with the union in their district.

But classroom teacher salaries can vary widely across the state and even in districts located next to each other.

There are other front-end costs that range from combining debt to buying new band and athletic uniforms. (Deciding which mascot to use is another issue.)

“It can be a very expensive venture for districts,” said Mark DiRocco, executive director of the Pennsylvania Association of School Administrators.

Jay Himes, executive director of the Pennsylvania Association of School Business Officials, pointed to a Fox 45 report that found six Maryland school districts ranked high nationwide for administrative costs. In that report, officials from two of the Maryland districts raised concerns about whether the analysis was making an apples to apples comparison.

That Fox 45  analysis was based on the 100 largest school systems in the United States — not small or medium-sized ones. But Himes said he doesn’t think size is related to how efficient a district is. 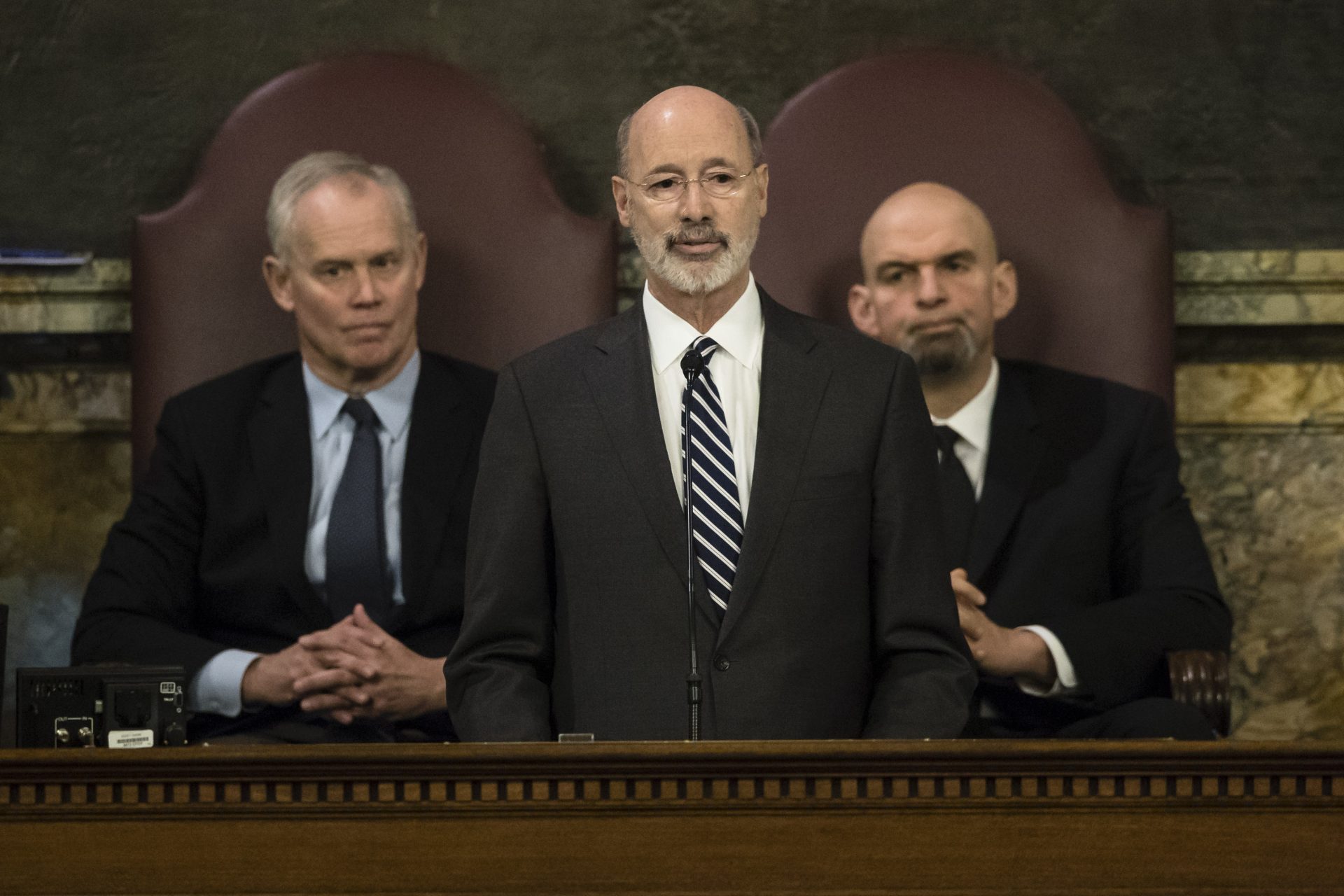 Democratic Gov. Tom Wolf delivers his budget address for the 2019-20 fiscal year to a joint session of the Pennsylvania House and Senate in Harrisburg, Pa., Tuesday, Feb. 5, 2019. Wolf called for increased education funding and a minimum salary of $45,000 for all teachers. But he hasn’t pushed for merging school districts.

Then in 1961, lawmakers passed legislation requiring all school districts with fewer than 4,000 students to consolidate, although there were some exceptions.

Two years later, after opposition, they made the 4,000 figure a recommendation, according to a research agency for the General Assembly. But consolidation continued.

That reduction in school districts was part of a larger post-World War II trend nationwide.

In 2009, Democratic Gov. Ed Rendell proposed reducing the number of Pennsylvania school districts to 100. At the time, there were 501.

“We just don’t need that many school districts,” Rendell said. “And, more importantly, in today’s economy we simply cannot afford them.”

Since then, the number of districts has decreased by one, thanks to a voluntary merger in Beaver County. Rendell’s  successor, former Republican Gov. Tom Corbett, didn’t push the issue. Neither has Wolf.

Wolf’s press secretary, J.J. Abbott, said the governor “is open to a conversation on increasing efficiencies for local taxpayers and school districts, so long as potential cost-saving initiatives do not lead to unnecessary furloughs or resources being taken away from the classroom.” But Abbott didn’t directly mention school district consolidation.

DiRocco said Pennsylvania’s system reflects the culture of Pennsylvania, a state that also has many small municipalities. People here like local control he said, and they “like being able to pick up their phone and call the local superintendent.”

Himes, with the Pennsylvania Association of School Business Officials, said his group isn’t opposed to all mergers — just forced ones.

And while some voluntary ones could make sense, he thinks they are generally unlikely to happen without state efforts to encourage them.

“It’s sort of left to a local decision,” Himes said. “And, again, those are not easy discussions.”