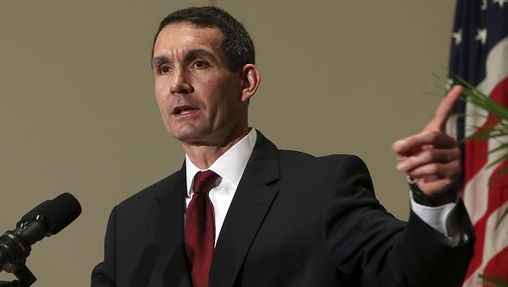 (Harrisburg) — Pennsylvania Auditor General Eugene DePasquale is launching a review of a little-known government agency that hears appeals to cases of child abuse and neglect.

The review is a continuation of DePasquale’s work focusing on the commonwealth’s child welfare system.

A 2016 audit found the state’s hotline for reporting child abuse and neglect was so understaffed, tens of thousands of calls went unanswered.

And in 2017, DePasquale’s “State of the Child” report declared the system broken–finding 46 children died from abuse and neglect before they could be helped by Children and Youth Services in a one year period.

Now he’s turning his attention to the Department of Human Services’ Bureau of Hearings and Appeals.

“If that sounds like something out of bureaucracy purgatory, that’s exactly what this is,” DePasquale said.

A person accused of abuse or neglect by a county children and youth agency can take their case to the bureau for an appeal.

DePasquale said it acts “like a shadow justice system.”

The Pennsylvania Department of Human Services released the following statement in response:

“DHS is prepared to cooperate with the audit, and looks forward to better understanding the data referenced.

Per the most recent Child Protective Services Report from 2017, 46 percent of cases referred directly to the Bureau of Hearings and Appeals (BHA) and completed in 2017 resulted in the decision being overturned by BHA.

The aforementioned report shows 863 cases were referred to the bureau in 2017. Of those, 174 upheld the county children and youth agency’s decision, 205 were overturned, and 400 were left pending.

Fund for Tree Of Life victims may soon be dispersed