Call it the mid-term flu: Pa. sees a surge in special elections

If it feels like this is happening with more regularity, it is.

Like some geo-political case of measles, Pennsylvania is pockmarked this year with special elections, all caused by mid-term departures of sitting elected officials.

Between Congress and the state legislature, there are now five special elections in our immediate future: two in the state Senate, two in the state House, and one for Congress. Just last week, U.S. Rep. Tom Marino and state Sen. Rich Alloway announced they were resigning, with Marino less than a month into his new term.

If it feels like this is happening with more regularity, it is.

A quick check of state elections records going back to 2000 shows the high-water mark for special elections for U.S. House, state Senate or state House seats in any five-year period was 18. But since the beginning of 2015 (counting the vacancies set to be filled this year) we’re at 27.

This recent wave feels frustrating to some, and it’s easy to hear concerns that it shortchanges the voters.

“When people put themselves up for election, voters are under the expectation the people they vote for, when elected, will serve,” said Christopher Borick, a political science professor at Muhlenberg College in Allentown. “You want to see them carry out what you sent them to do, and if they’re leaving early… that’s a bit of a disappointment.”

There are real reasons for consternation, too.

First of all, there’s a lack of direct representation for the time a seat is vacant.

But secondly and perhaps more importantly, there is a muting of voters’ voices. When members leave in mid-term, there are no primaries for special election hopefuls. The replacement candidates are selected by local party organizations.

In a one-party town like Philadelphia, that means you get who the ward leaders give you, because the Republicans aren’t a viable threat.

In other areas, party leaders have used resignations of long-term incumbents to anoint preferred successors, giving them the gift of incumbency as they seek to win their first term in their own right.

There are exceptions to every rule, of course. In 2014, York County businessman Scott Wagner upset the political order in York County by mounting a special election write-in campaign, defeating the Republican Party’s hand-picked candidate.

But more often, “a little of the democratic process is taken out of the equation,” said Patrick Christmas, director of policy for the Philadelphia-based good government group The Committee of Seventy.

Third, there is a financial cost. It’s not a budget-breaker, by any means, but it’s not peanuts either.

The state reimburses counties for the costs of administering the elections to the state legislature. In cases where specials have been scheduled as stand-alone elections, costs can frequently run into the six-figures.

According to a Department of State summary prepared for PennLive, the state has shelled out $1,490,000 in total reimbursements since 2014. The high-water mark was $534,613 paid to run elections for three vacant state House seats in Philadelphia in 2016. That’s an average of $178,204 per contest.

Costs are far less when special elections can be paired with a regular primary or general election day, according to Wanda Murren, a state department spokeswoman.

Sometimes, this just can’t be avoided.

State Rep. Sid Michaels Kavulich of Lackawanna County — the only candidate on the ballot for his 114th District House seat last year — died in October, long after the deadline for Democrats to name a replacement candidate. So a special election will be held on March 12.

Others are forced from office because of their own misdeeds.

Personal scandals knocked two Pennsylvania Congressmen out of office in the 2017-18 session. 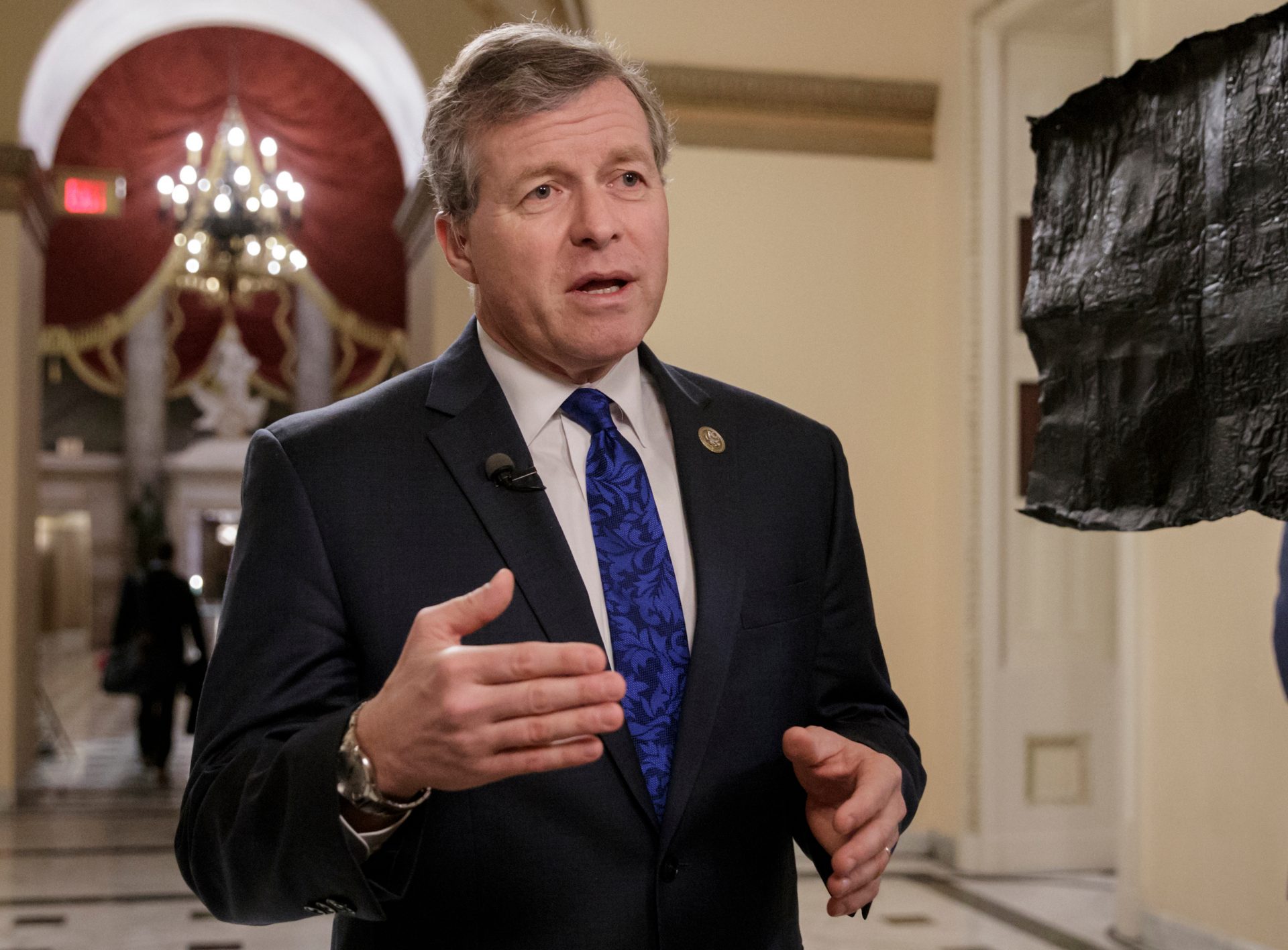 More perplexing are the cases where office-holders simply make the choice to leave because of burnout or other opportunities. Sometimes the act of resignation is controversial in itself, leading to accusations that an office-holder is putting self-interest above public good, or igniting rumors about some scandal-to-come.

One such case was last year’s resignation of U.S. Rep. Charlie Dent, a Republican from Allentown. Dent had announced in September 2017 that he wouldn’t be seeking re-election, but he was widely expected to finish his current term. Then he resigned in May, with seven months left.

It caused criticism at the time because Dent’s early retirement forced a special election for just the last two months of his term, according to district lines that were also due to expire at year’s end because of a court-imposed redistricting in 2018.

Dent told PennLive Wednesday that as he started to ponder his post-Congressional life, opportunities started to present themselves that could not be ignored. He decided to resign, he said, so he could make conflict-free decisions about his future.

Dent quickly wound up on retainer with CNN as a high-profile commentator on national politics and the federal government.

“Sometimes situations present themselves and they can be fleeting, and you reach a point where you have to make decisions,” Dent said. “I felt it’s better to make those decisions as a former member of Congress than as a current member.”

One former office-holder reached for this story was reluctant to issue any blanket condemnation of those who decide to leave office early.

Former Pennsylvania Speaker of the House Sam Smith noted that in the real world people leave jobs for all kinds of reasons – many intensely personal. So, he wonders, who gets to make the call as to whether each of those decisions is justified?

“There’s no good answer for me,” said Smith, who announced his own resignation from the House after two terms as Speaker in 2014, but did finish his term.

“Personally, I think when you hold yourself out as a candidate, I think you’re making some kind of personal commitment to do everything in your power to fulfill that term of office.”

But, Smith added, “I’ve seen situations where people have resigned for legitimate personal reasons. And in other cases… if their heart’s not in it, I always felt it’s time to get the heck out of the way and let somebody who’s eager take the job.”

Alloway, a Franklin County Republican, tendered his resignation from the state Senate Friday, effective Feb. 28. He will have served two years and two months of a four-year term. His case, he has said, goes to what Smith is talking about.

Asked if he felt he is breaking a promise to his constituents, Alloway said he sees quite the opposite. “I feel I am leaving for the right reason… I know in my heart I’m not giving 110 percent, and I promised myself that when I felt that way I would get out. Because it’s not fair to the voters.”

What has hurt him since is the torrent of gossip that his announcement has kicked up. “There’s been lots of things said about me that are simply not true,” Alloway said.

Marino, who officially stepped down Wednesday, said he is pursuing other opportunities in the private sector. Borick calls him the new poster child for this issue, as he was just re-elected in November and just sworn into a new two-year term this month. A special election will take place May 21 to coincide with the Pennsylvania primary election.

Others aren’t as sanguine as Smith about the mid-term departures. In the last four years, the departures have included: six jumps to different elected offices; five new jobs; five criminal convictions; two cases of personal scandal and two deaths.

First, recognizing that voters do get locked out of candidate selection in special elections, Rabb has proposed a bill that requires a public filing process for a hopefuls with the counties within the district. The parties, then, would be required to hold a public meeting to interview each of those candidates publicly.

Secondly, Rabb would impose a $100,000 fine on any lawmaker who is convicted of a felony and forced from office. All fines collected under this law would be placed in a restricted account to cover the cost of future special elections.

Both of Rabb’s proposals would apply only to state lawmakers.

Micah Sims, executive director of Common Cause PA, has another possible approach.

He says that maybe it’s time for voters or good government groups to ask candidates up front – just like they used to be asked to pledge not to raise taxes – for a pledge to serve out their full term.

PA Post's State of the State podcast: A hole in a yard and a death overseas