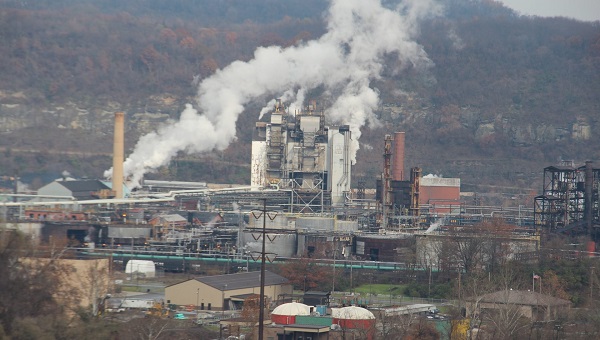 More kids in Clairton have reported problems with their breathing after a fire damaged pollution controls at a US Steel plant there in December.

Dr. Deb Gentile, a physician and allergy specialist with Duquesne University, said several students she sees at an asthma clinic inside Clairton Elementary School have been having problems with their breathing since the Christmas Eve fire at the Clairton Coke Works. The fire damaged equipment that removes sulfur dioxide, a lung irritant that can exacerbate asthma. Sulfur dioxide levels near the plant spiked several times after the fire, leading the county health department to issue an air quality warning Jan. 9.

Gentile said higher pollution levels were almost certainly to blame for the spike in asthma among the children. Pollen levels are minimal, and none of the children had respiratory viral infections — two other common causes of asthma episodes.

“There’s no real other explanation for it other than these peaks in the sulfur dioxide, which are known to exacerbate asthma, (are) contributing to their problem,” she said. The pollution can “affect the airways by causing inflammation, and that inflammation leads to the swelling (of the lung passageways) and the symptoms of asthma.” 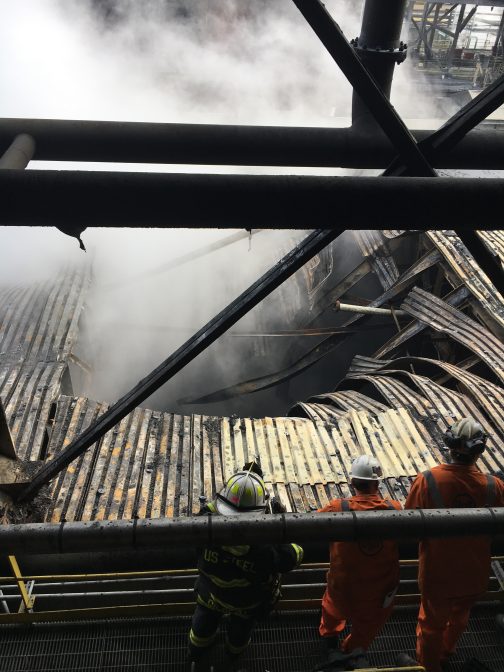 A Dec. 24 fire damaged a section of US Steel’s Clairton Coke Works. Photo: US Steel

Gentile said five of the 14 children she saw on her visit Monday had “poorly controlled” asthma. Before the fire at the plant, all the students had controlled their asthma through medication.

“They had decreases in their lung function. Several of them were using two to four times as much rescue medicine as they usually are,” she said.

One child had been to the school nurse’s office only once in December to receive asthma medication. In the first week of January, she said, he’d been there five times.

She said she’s prescribed medicine to get their symptoms under control.

Karen Hacker, director of the Allegheny County Health Department, says she’s not surprised that more kids near the plant would be experiencing breathing problems.

“This is exactly the concern that we had when we issued the (air quality) alert and our concern in general when the air quality in any particular region is compounded in particular in this case by the breakdown of equipment,” she said.

Though pollution levels have returned to normal, the air quality warning remains in effect.

A US Steel spokeswoman said the cause of the fire was mechanical failure, but offered no further details as to what equipment or processes failed.

The Clairton facility is the largest coke plant in North America. Coke is a key component of steelmaking, made by baking coal at high temperatures.

US Steel has adjusted its operations to decrease the amount of sulfur dioxide produced at the plant. No timetable has been set for restoring the plant’s pollution controls.

StateImpact Pennsylvania is a collaboration among WITF, WHYY, WESA and the Allegheny Front to cover the commonwealth’s energy economy.

Pennsylvania sued over limits on state coverage of abortion