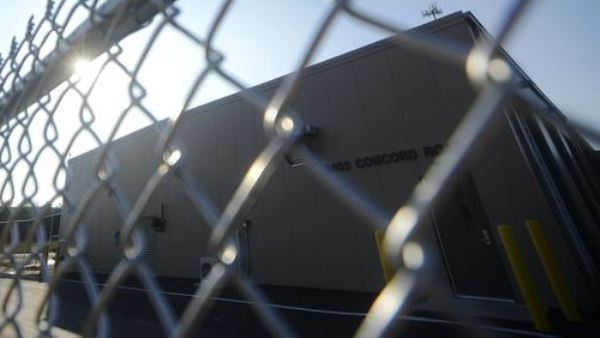 (Undated) — The federal government shutdown — caused in part by disagreements over immigration policy — is halting immigration court hearings across Pennsylvania.

Immigration courts in Philadelphia and Pittsburgh, as well as similar courts around the United States, are cancelling scheduled hearings, per a notice dated December 26 from the Department of Justice. A much smaller number of cases will continue to be heard in detention centers that hold immigrants, such as one in York County. Court staff there may not be paid during the shutdown.

These delays are happening at a time when immigration courts already face a heavy workload.

“We don’t have time to adequately consider the cases that we do have, much less have to spend extra time to think about what we’re going to do with all the cases that have to be rescheduled,” said Ashley Tabaddor, president of the National Association of Immigration Judges, a role which allows her to speak to the press when most immigration judges may not.

She said she alone has about 2,000 pending cases, and some immigration judges have upwards of 4,000 cases scheduled to their courtrooms. In recent years, these numbers have swelled, as has the time it takes to bring each case to a close.

On a typical day in immigration court, each judge may hear a dozen cases at a time, some for only a few minutes. When court is cancelled, it pushes those hearings back, potentially by a year or two. In Pennsylvania, the average immigrant with a claim before the court has been waiting for 485 days, according to the Transactional Records Access Clearinghouse at Syracuse University, which keeps statistics on U.S. immigration. More than 15,000 cases are pending in Pennsylvania, double the number in fiscal year 2016.

Immigration attorneys say the delays can be confusing to their clients because they don’t have anything to do with the facts of their cases, and could end at any time.

“This is an inconvenience on many different levels,” said immigration attorney Ruby Powers, who is based in Houston. “From their case being on hold, not knowing when it’s going to happen, and financially as well.”

As for cases themselves, it’s hard to generalize how a delay may change the outcome.

For example, if an immigrant doesn’t have a strong claim for status, a delay means more time in the U.S., and maybe even qualifying for another form of immigration status in the interim. Or, pushing back a hearing could mean an immigrant who qualifies for status now may not in the future, in the case that immigration policies are further restricted.

In either situation, Archambault said he’s telling his clients to be prepared to go to court, just in case.