The display board at Amtrak's 30th Street Station. 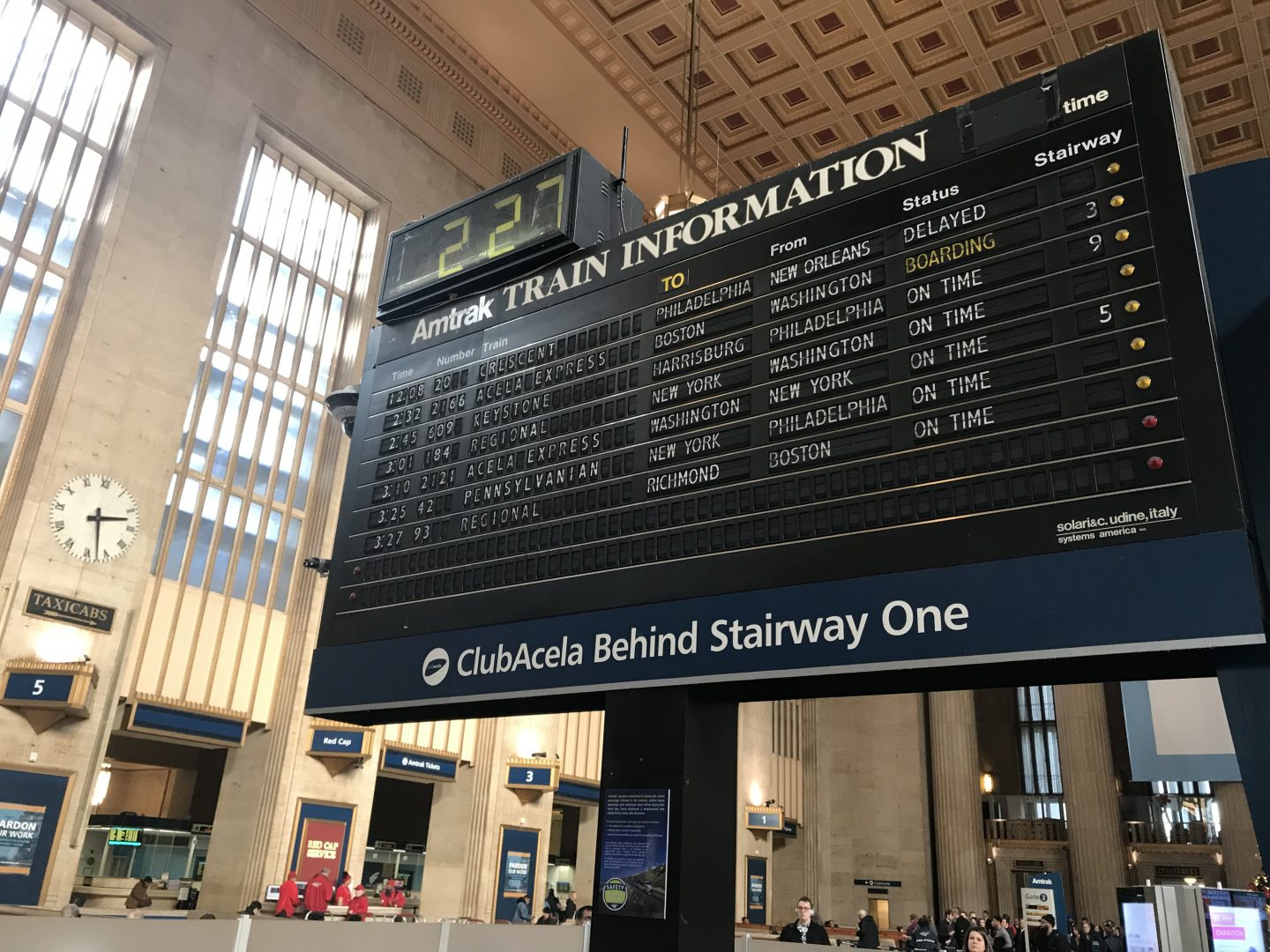 The display board at Amtrak's 30th Street Station.

Amtrak’s plans to replace an iconic display board at Philadelphia’s 30th Street Station may be delayed for the moment.

Since the 1970s, the sign has filled the station with a distinctive clickety-clack sound, as hundreds of little letter and number cards flip over to provide passengers with status updates on their trains.

Known as a Solari board, after its Italian manufacturer, the sign sits atop a massive, marble information desk in the center of 30th Street Station — a soaring neoclassical and art deco building that evokes the former power and prestige of the railroad.

A digital replacement was supposed to be part of a broader effort by Amtrak to modernize stations and improve customer experience. Patrick Morrison of the Railroad Museum of Pennsylvania says the Solari board was scheduled to be removed in January and go on display at the museum in Strasburg, Lancaster County.

“We’re certainly very interested in working with Amtrak in seeing that the 30th Street Station Solari board is preserved,” Morrison said. “Nobody I’ve talked to has mentioned the concept of scrapping the thing.”

Even so, there has been pushback to taking it down. Four state legislators recently penned a letter to Amtrak’s CEO, Richard Anderson, urging him to keep the board right where it is. Local congressman Brendan Boyle has also gotten involved.

“I’m in the middle of negotiating-slash-fighting with Amtrak now — trying to satisfy their demand that the entire system of updating passengers in real-time happens, while at the same time doing that in a way that preserves the sign,” Boyle said.

Amtrak has declined to discuss the matter, saying it has no updates at this time, but Boyle said he’s convinced them to participate in a stakeholder meeting to discuss the fate of the sign in the near future. A local company called Oat Foundry, which makes old-fashioned split-flap displays, has also reached out to Amtrak offering to build a new board.

The Solari board is the last one still in use at an Amtrak station in the United States, and it has a lot of fans.

Joe Kochuba of Morristown, New Jersey was in town recently for a work training and stepped out during his break to snap a few pictures of the sign with his phone.

“For nostalgic reasons, I’d be disappointed if it were removed,” he said. “There’s not many things that are left the way they were, in the original state. As you get older, you find more appreciation for those types of things in life.”

“I’ve never been anywhere else where they have the non-digital board,” Dunn said. “I think it’s pretty cool. I hope they keep it.”

“You hear the stuff moving and it kinda gives you a clue that something’s changing. I don’t know,” she said. “There’s a sentimental feel to it.”

Likewise, Congressman Boyle enjoys hearing the sound as he commutes to Washington D.C.

“There’s a certain romance about rail and about trains, that no other mode of transportation has,” he said.

He thinks the Solari board adds to that romance.

Listen to the story here: