State prepares to give out free overdose reversal drugs Thursday 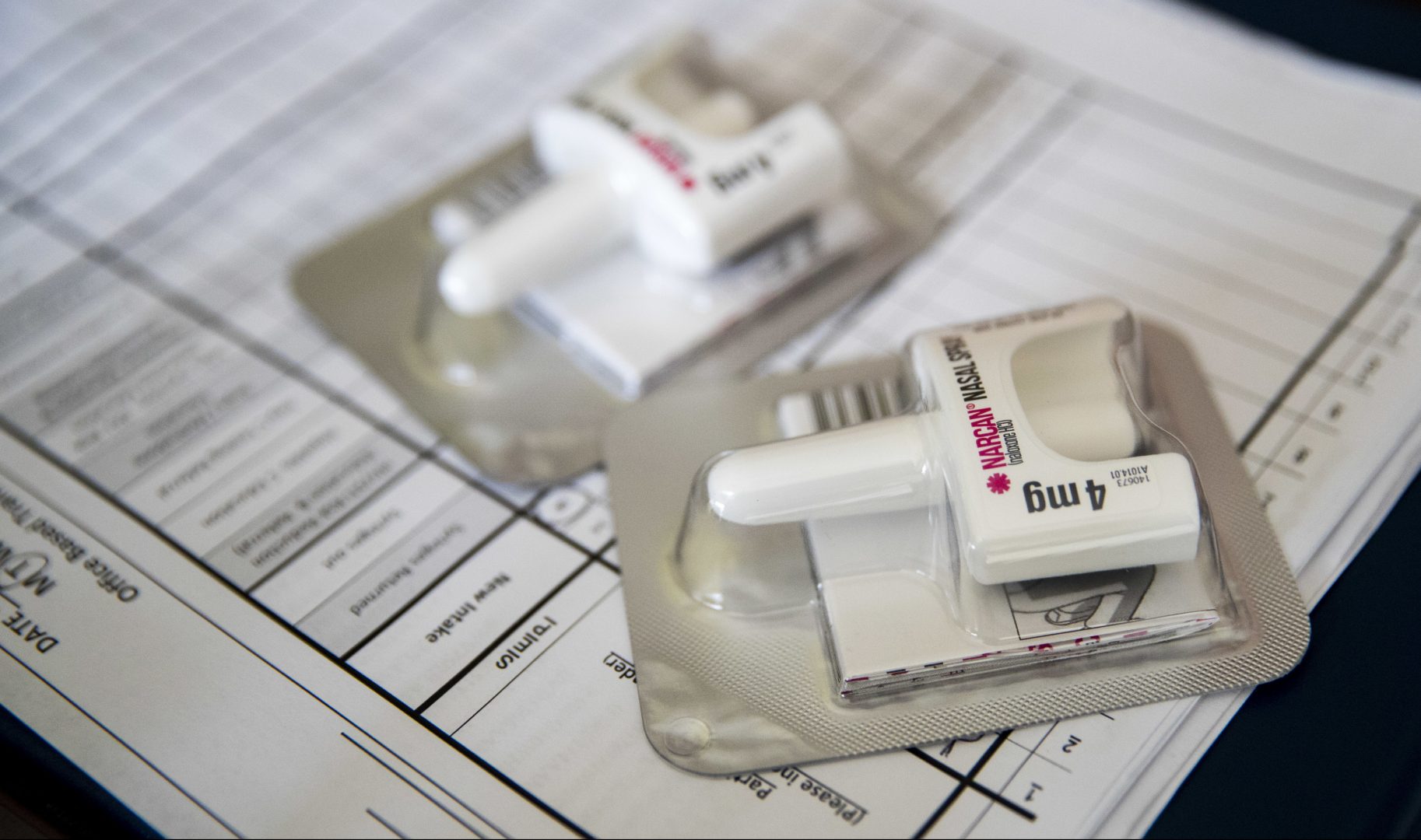 (Harrisburg) — Eighty locations across Pennsylvania are getting ready to hand out free naloxone this Thursday from 11 a.m. to 7 p.m.

The effort is intended to make the opioid overdose reversal drug more accessible to people who may need to use it on friends or family members battling addiction.

Five thousand packages of naloxone ready for distribution. Each package holds two doses and a card explaining how to administer the drug nasally.

They’re funded with $380,000 of a $5 million appropriation the state made for naloxone, which was designed to be used over two fiscal years.

Naloxone from that fund became available to first responders–like firefighters and police–last year. Governor Tom Wolf said they’ll also be able to get more on Thursday if they want.

Naloxone isn’t a cure for opioid addiction. Wolf noted, the state tries to route people revived with the drug into treatment programs.

“It’s a chronic disease,” he said. “Someone who suffers from substance use disorder is going to be facing this for the rest of her or his life. But you have to be alive to be in treatment.”

Health Department officials said so far, over 30 thousand naloxone doses have been distributed using the budget funds, and they’ve been used to reverse around 4,500 overdoses.