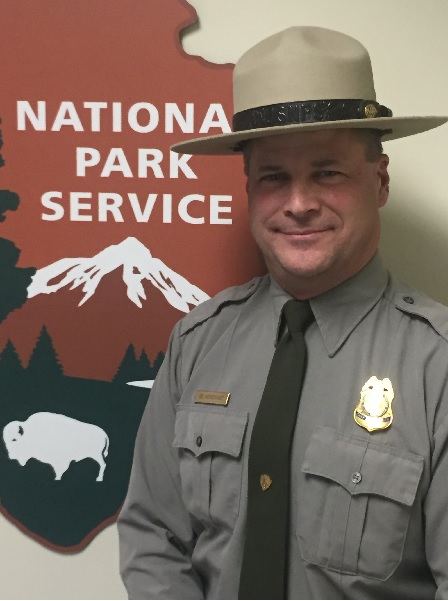 Ed Wenschhof Jr. returns to the historic battlefield as acting superintendent after serving as Chief Ranger at the C&O Canal National Historical Park, which runs along the Potomac River from Washington D.C. to Cumberland Maryland.

Wenschhof previously worked at Gettysburg and Eisenhower National Historic Site for eight years, before he was transferred to Antietam National Battlefield in Maryland.

“I am very appreciative of the opportunity to serve as acting superintendent for Gettysburg National Military Park and Eisenhower National Historic Site-the parks where I started my National Park Service career in 1984,” said Wenschhof. “I look forward to working with my NPS colleagues, park visitors, partners and the local community.”

The National Park Service said Wenschhof is active in special event operations and served as incident commander for the 150th anniversaries at Manassas and Antietam and assisted with the Gettysburg 150th.

He is slated to serve as acting superintendent until early April 2019.

Gettysburg National Military Park has been without a permanent superintendent since May 2017.

Former superintendent Ed Clark was accused in an inspector general’s report of improperly accepting free trips from the foundation that runs the park’s visitor’s center.

More people voted for a Democrat for state House. But GOP kept majority