Wolf says Lindsey Williams was elected, ought to be seated 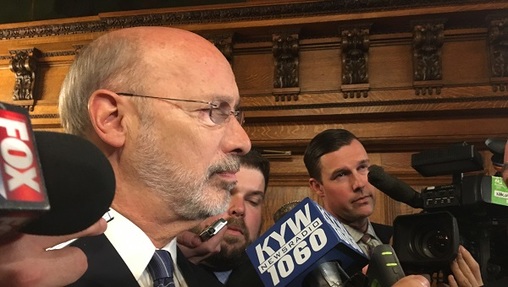 In order to be elected, state senators are required to have lived in the commonwealth for at least four years.

Four years before Senator-elect Lindsey Williams narrowly won a seat in the Pittsburgh suburbs, she was in the process of relocating from Maryland. The Democrat voted south of the Mason-Dixon Line in the 2014 election and switched her registration soon after.

Senate Republicans, who control the chamber, now want proof she has lived in Pennsylvania long enough.

Asked for his opinion, Governor Tom Wolf indicated he thinks the whole thing is unnecessary.

“I don’t know what type of hypotheticals you could come up with, but it seems to me she was elected and she ought to be seated,” he said.

Wolf would likely have little say in the matter, though.

If a hearing is held, the panel will consist of three Republican and three Democratic senators, plus the Senate President Pro Tempore.

A special election would have to be held if the chamber decides not to seat Williams.