At one point, the crowd cheered — and he thought that meant the race had been called in favor of his candidate.

“Well, that was close,” Gramlich said.

“They didn’t call that,” his friend said.

“Well, why are you clapping? You’re misleading me,” Gramlich said. ““I’m going to have a heart attack.”

Gramlich, a 54-year-old construction contractor, described himself as a conservative. He supported U.S. Rep Scott Perry in the 10th Congressional district, which remained close as the night went on Tuesday evening.

“I thought that central Pennsylvania would maybe be a little more conservative than I’m seeing,” Gramlich said. “But I guess everybody has their own issues.”

The GOP nominees for president and U.S. Senate both won the state. And Republicans won 13 out of 18 Congressional seats.

But this year, the Republican candidates for governor and U.S. senate trailed in the polls by double-digits against the Democratic incumbents.

And a new map of Congressional districts from the Pennsylvania Supreme Court made several House races much friendlier to the Democrats. Ahead of Tuesday’s voting, forecasters gave Democrats and Republicans good odds of an even 9-9 split in Congress.

But shortly after 11 p.m., cheers erupted at Boomerang, as Perry announced that his Democratic opponent had conceded.

Perry celebrates with his family. pic.twitter.com/2v9FYlh3jE

By early Wednesday morning, The Associated Press called nine races for Republicans and nine for Democrats. In the interactive map below, you can see which Congressional candidates won — and by how much.

The Associated Press called the race in favor of Casey.

Just a note, PA polls closed seven minutes ago, so nothing is called yet. But CNN, MSNBC and other outlets are projecting Wolf will win (which isn’t a surprise). https://t.co/HfPRRkCJvN

The Associated Press called the races in favor of Wolf.

This election, Republicans were mostly playing defense when it comes to Congressional seats in Pennsylvania. And Democrats targeted a number of seats for a pick-up. Here’s a look at some of the key ones. PA Post will be adding information about more races as the night goes on.

During the campaign, Fitzpatrick emphasized moderate positions he’s taken, such as opposing repeal of the Affordable Care Act and supporting increased gun restrictions. At one debate, he even told Wallace not to say the word “Republican.” Wallace linked Fitzpatrick to Republican President Donald Trump and House Speaker Paul Ryan.

The district: Bucks County and part of Montgomery County 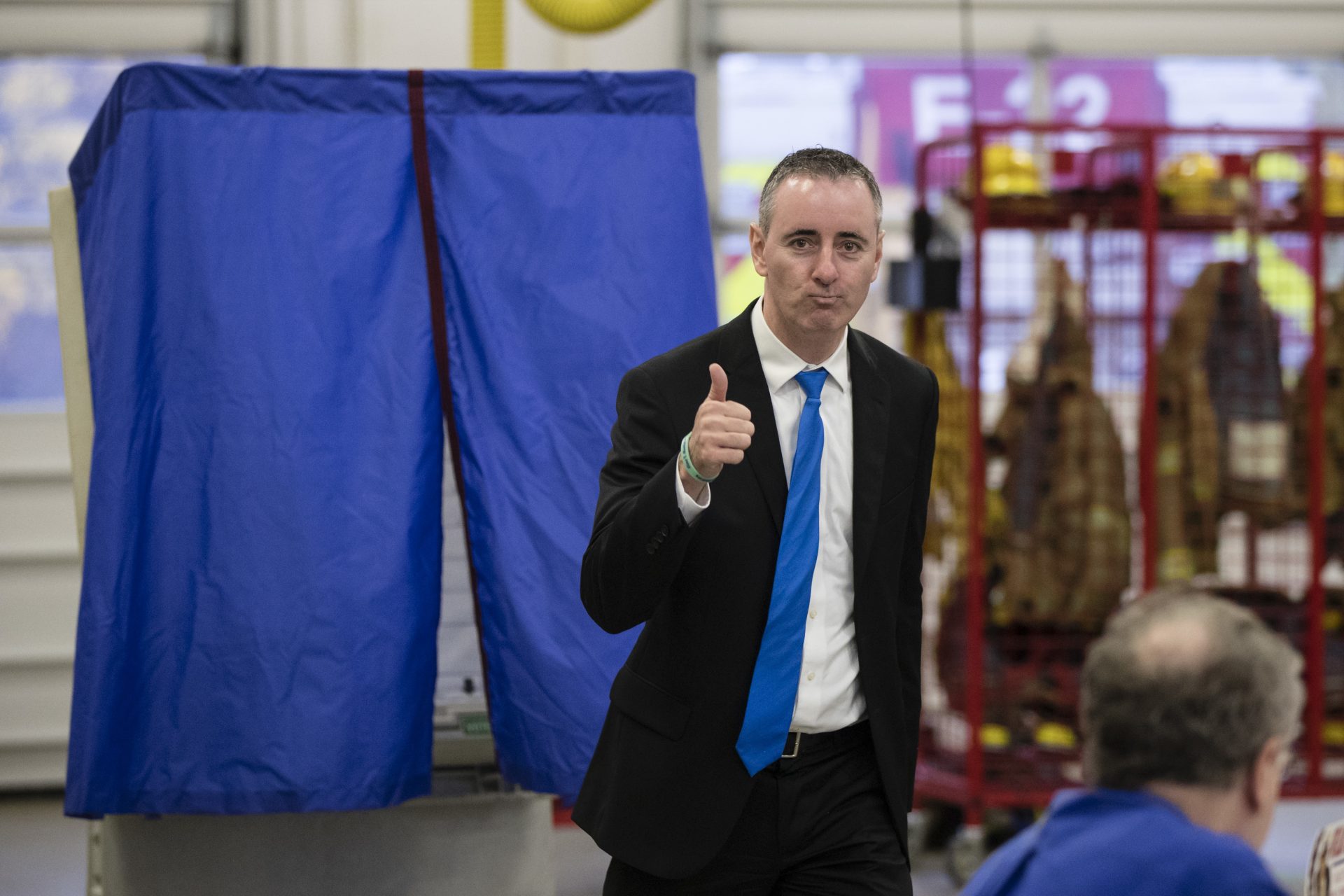 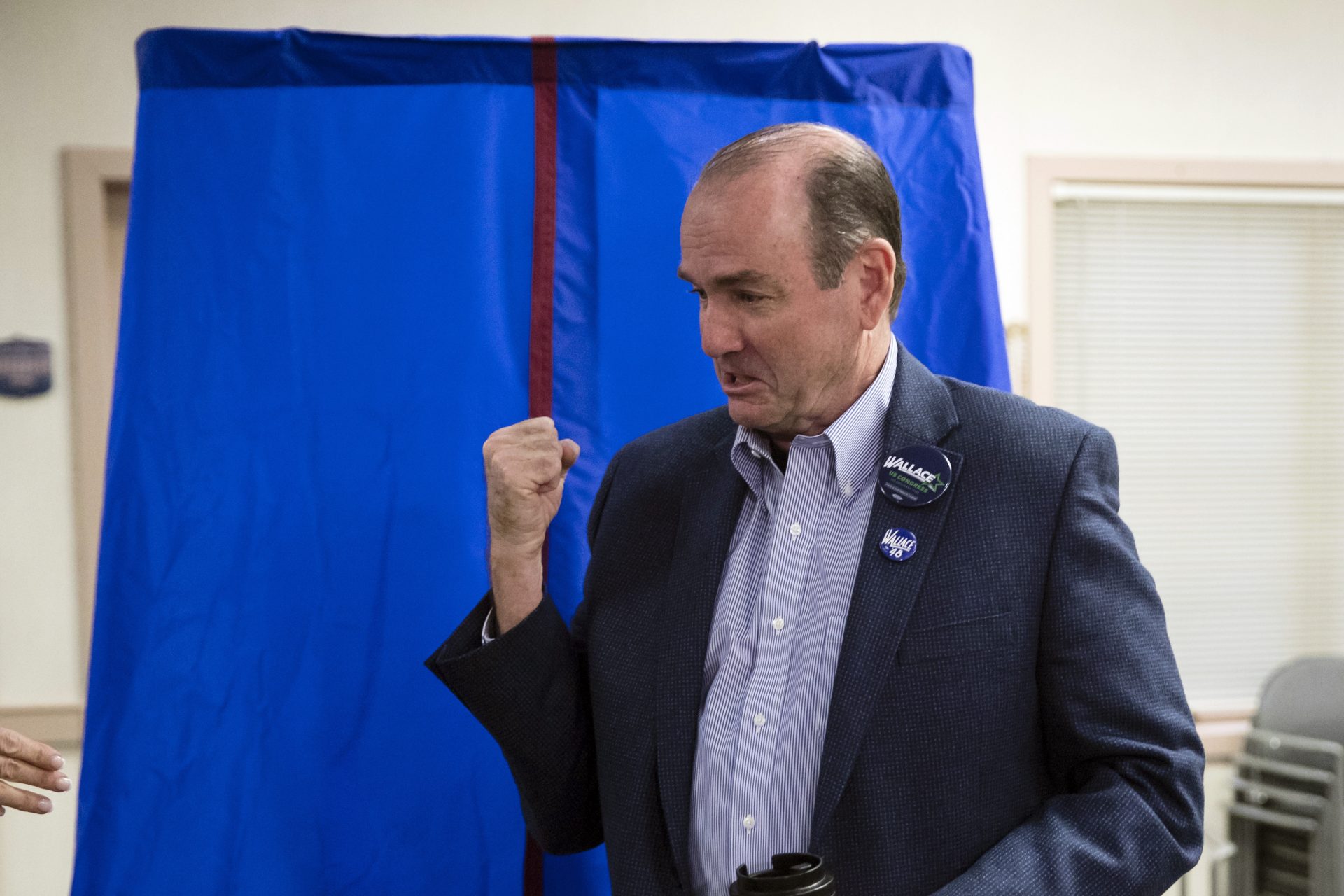 With 186 out of 304 districts in – more than 1/2 way there – it looks like GOP incumbent FitzPatrick has pulled ahead slightly with 51.2% of the vote compared to Wallace at 48.8%. #BucksVotes

Fitzpatrick’s campaign was celebrating late Tuesday evening, and The Associated Press called the race for him.

The candidates: Democrat George Scott, an Army veteran and Lutheran minister, challenged U.S. Rep. Scott Perry. Perry, a former state lawmaker, was first elected to Congress in 2012. Perry is an Iraq war veteran who was promoted to brigadier general in the Army National Guard in 2015. 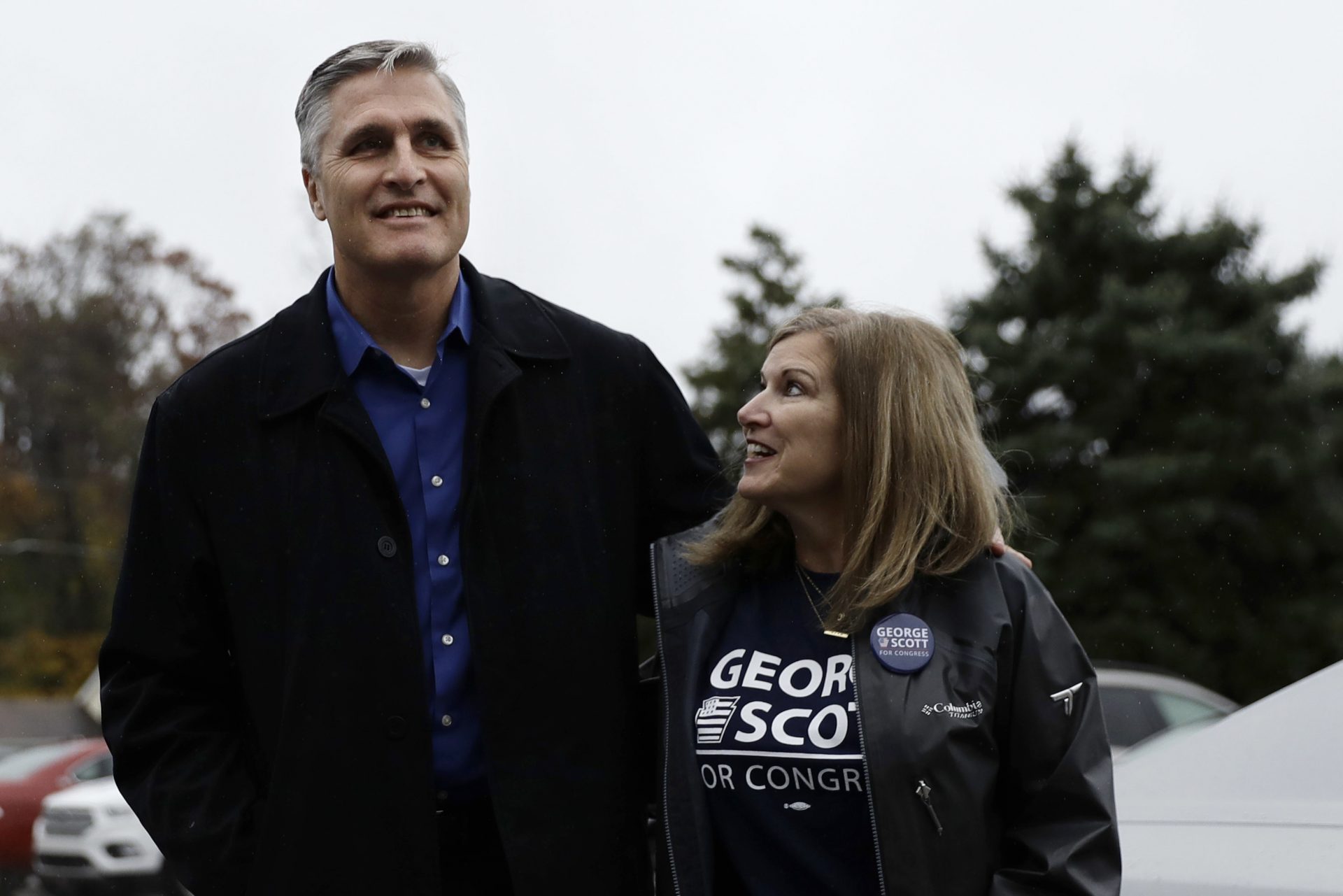 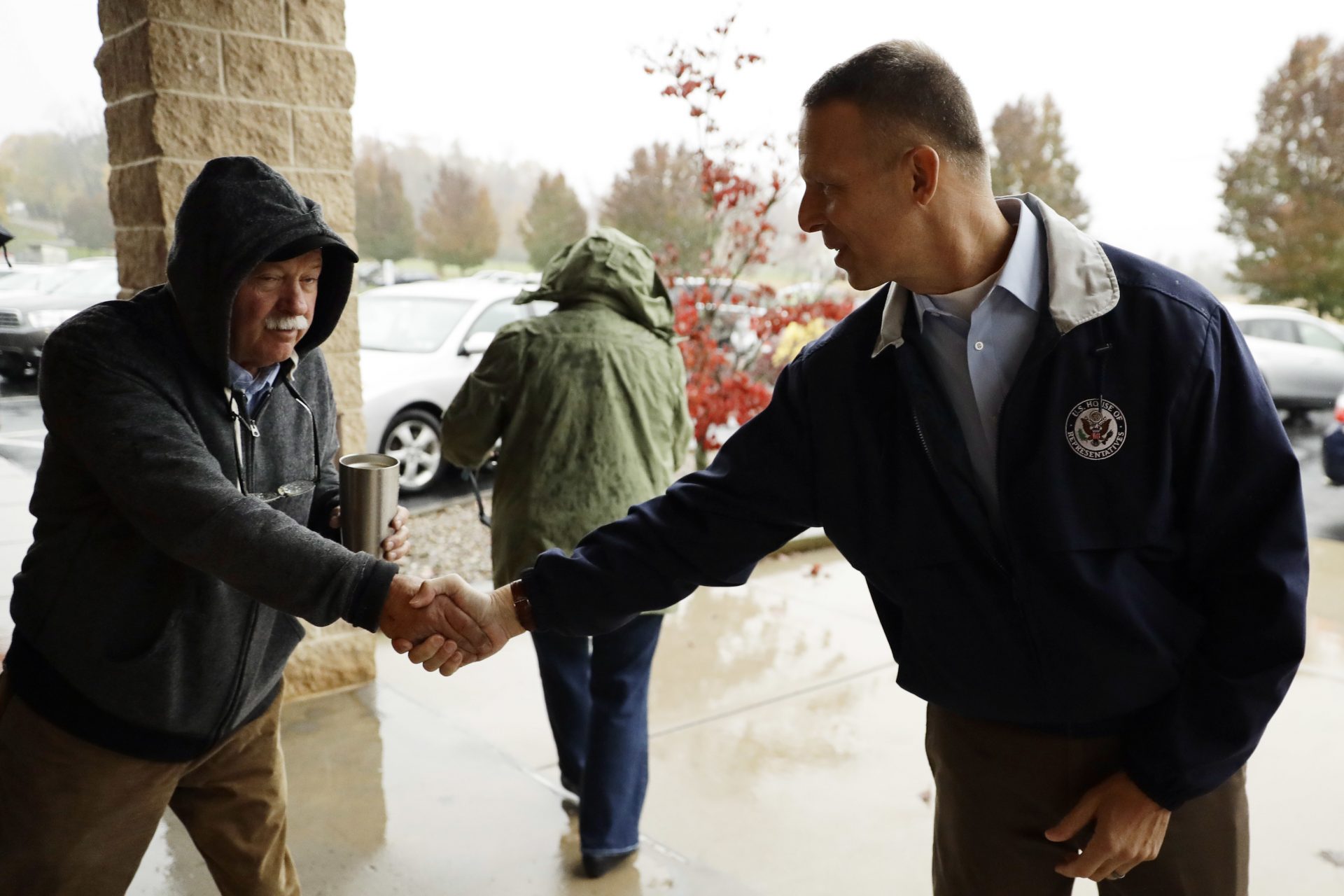 Perry: “Look, we know the district fairly well, obviously, and we know how this is gonna come in. We we’re gonna (be) behind early on. But I think, as the night goes on it’s going to perform better and better for us.” (1/2)

The Associated Press called the race for Perry.

The seat leaning toward Dems

The candidates: Democrat Susan Wild, the former solicitor for Allentown city; Republican Marty Nothstein, a Lehigh County commissioner and an Olympic gold medalist for cycling; and Libertarian Tim Silfies. All three were running for an open seat, following the resignation of former U.S. Rep. Charlie Dent, a Republican.

The Associated Press called the race for Wild.

The district: Lehigh and Northampton counties, plus part of Monroe County 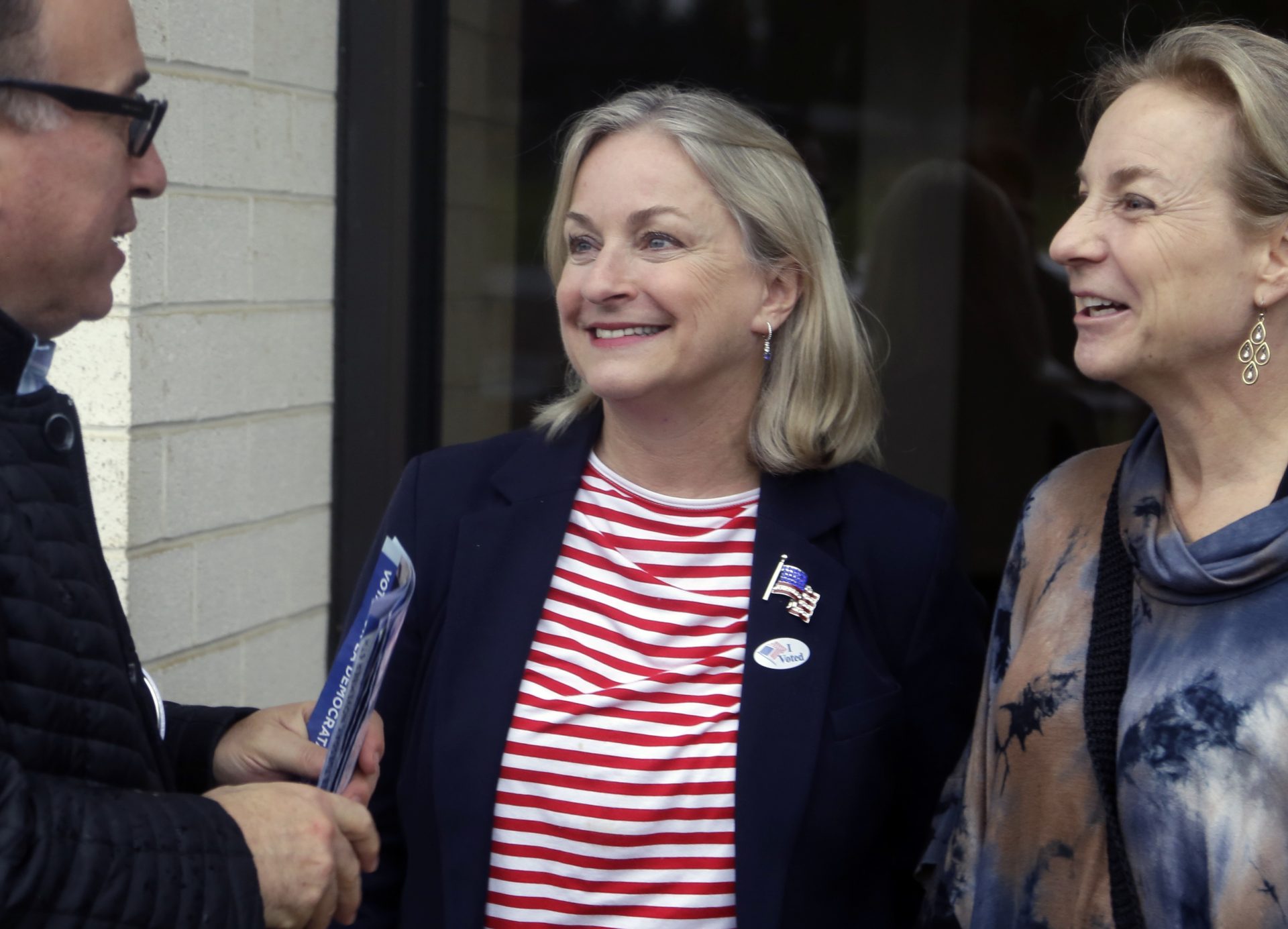 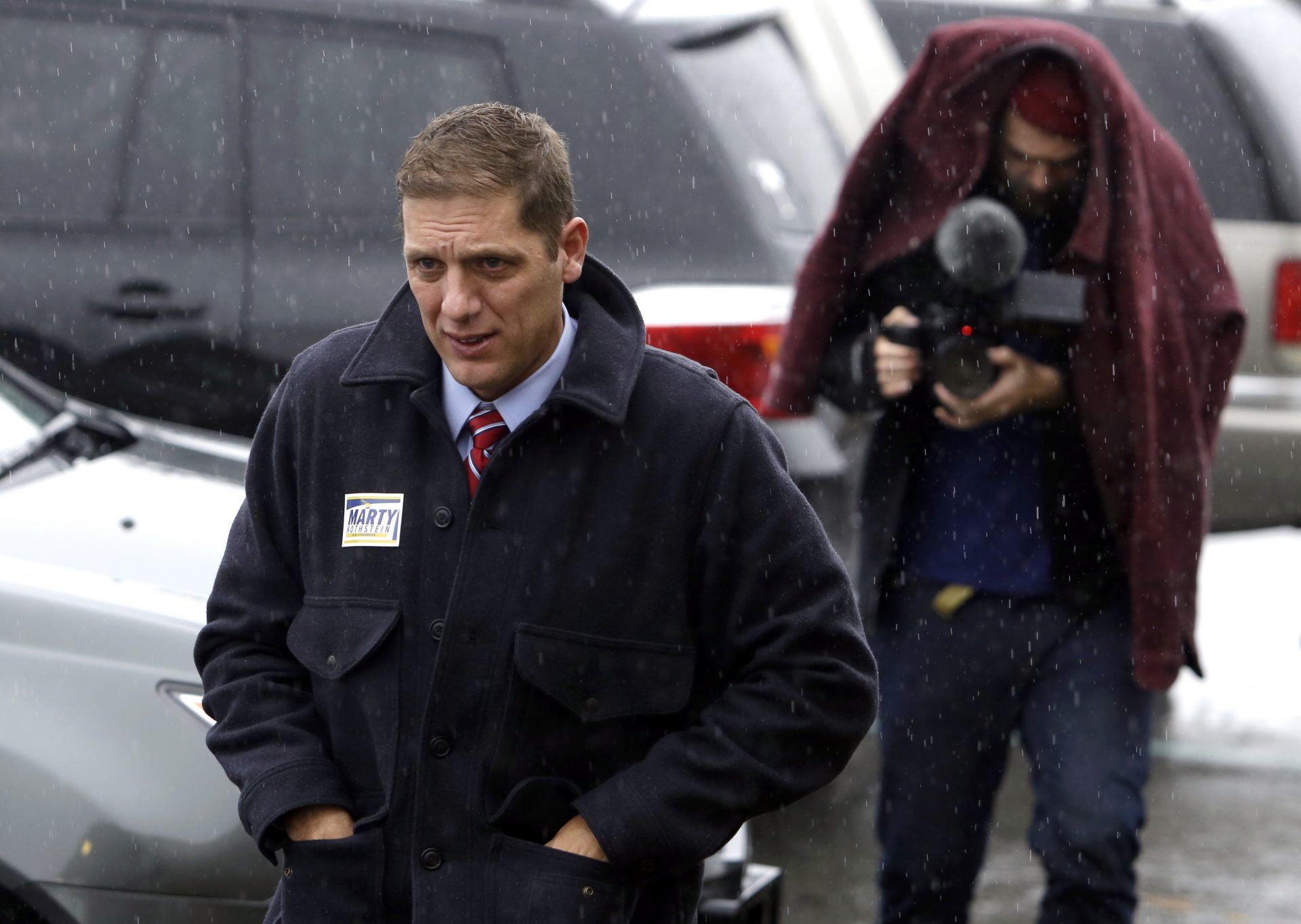 The seat leaning toward Republicans

The candidates: Republican Mike Kelly, whose family has a long history in the car dealership business, was first elected to Congress in 2010. Democrat Ron DiNicola, a Marine veteran and attorney, challenged him.

A third candidate, Libertarian Ebert Beeman, was also on the ballot.

The district: Crawford, Erie, Lawrence and Mercer counties, plus part of Butler County

The Associated Press called the race for Kelly.

A reach for Democrats

The candidates: U.S. Rep. Lloyd Smucker, who was first elected in 2016; and Democrat Jess King.

The district: Lancaster County, plus part of York County.

“This campaign has always been about you,” Smucker told a crowd of supporters gathered Tuesday night at election party in Manheim, Lancaster County. “Not more government, not more Washington, not more empowering bureaucrats to make decisions for you. A vision of individual responsibly and personal freedom. That was our promise in 2016.”