More than 1,600 acres of forest protected in Perry County 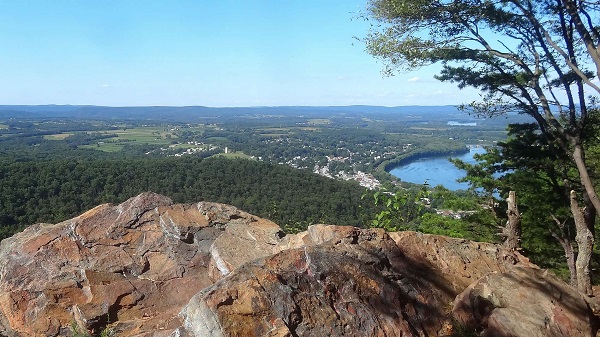 (Harrisburg) — More than 1,600 acres of forest in the midstate is now under a conservation easement, protecting it from development and preserving it for future generations.

The Nature Conservancy worked with Duncannon Borough in Perry County to secure the easement for a portion of the Kittatinny Ridge.

Josh Parrish, director of the Working Woodlands program at The Nature Conservancy, said the ridge is vital to the health of migrating birds, various plant life, and water systems that eventually empty into the Chesapeake Bay.

“It’s really a critical connection from the southern forests in the eastern United States the whole way up through to the northern Appalachian forests,” Parrish said.

He said they will be working with Duncannon to improve recreation infrastructure within the protected site and build new hiking trails.

“For folks in the Harrisburg region, the Duncannon Borough property really is, just really a gem or a jewel that we’re going to work with Duncannon to make even brighter,” Parrish said.

The area will also be enrolled in the conservancy’s Working Woodlands program, which creates a management plan to benefit wildlife as well as long term timber revenues.