PA is an outlier in life-without-parole. There’s a growing push to change that. 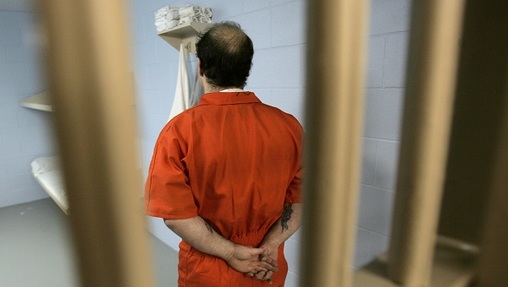 In Pennsylvania, no life sentences include the possibility of parole. (Photo by AP)

(Harrisburg) — Pennsylvania sentences more people to life in prison without the possibility of parole than any other state–and indeed, any other country–per capita, according to a new study from the Abolitionist Law Center.

For many organizations and people working to reform the commonwealth’s parole system, this isn’t news.

However, lawmakers who have been working on the issue say after a period of stasis, they may soon make progress.

The ALC–which works to defend prisoners’ rights–said in its analysis, one of the main reasons the commonwealth sentences so many people to life is its criminal code.

For non-capital first-degree and second-degree murder, life in prison is the only available punishment. And in Pennsylvania, a life sentence automatically means life without parole.

The basic requirement for a second-degree murder conviction is that a person “participated in a felony in which another person died,” said ALC Legal Director Bret Grote. “You get a lot of robberies gone wrong, you get people that were accomplices, people that were the lookouts.”

Democratic Senator Sharif Street of Philadelphia is sponsoring a bill that would make people with life sentences eligible for parole after 15 years.

“There’s no requirement that people be released in the bill,” he noted. “It simply gives jurisdiction to the Board of Probation and Parole.”

The measure been stalled in the Senate Judiciary Committee for almost a year.

The state District Attorneys Association opposes it. President Rich Long said they might be willing to consider bills that offer alternative sentences for second-degree murders, but this goes too far.

“This proposal is a continual erosion of the will to hold people accountable for the crimes they commit,” he said.

Despite the DA Association’s influence, Street is hopeful.

Parole reform has traditionally been a platform supported by Democrats, but it has gotten much more bipartisan support in recent years. The Pennsylvania chapter of high-profile conservative group Americans for Prosperity, for instance, circulated a letter supporting Street’s bill.

Street said the Republican chair of the Judiciary Committee, Montgomery County’s Stewart Greenleaf, supports the effort too–and added, Greenleaf has told him there is a “great possibility, and indeed a likelihood that there will be a vote…before we conclude session.”

If the bill gets out of committee–as Street said he thinks it will–there likely won’t be enough time for lawmakers to pass it before the session ends in January. Street said committee passage alone would be a “material step,” and that the bill would be introduced in the following session.

The Senate returns to Harrisburg on Monday, September 24.