Report on capital punishment in Pennsylvania 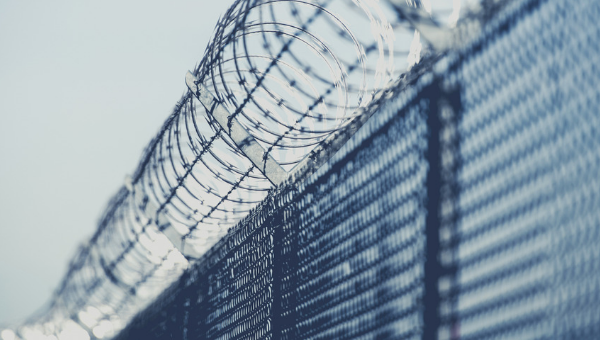 There are 147 names on the Pennsylvania Department of Corrections list of people sentenced to death in the state as of Aug. 1, 2018. This number has been decreasing, not because people are being executed, but because they die while awaiting execution or get their sentences changed. In the past 56 years – of which the death penalty was in place for 50 – three people have been executed. This information comes from a report on capital punishment in Pennsylvania published in June by the task force and advisory committee of the Joint State Government Commission.

The committee examined the death penalty system in Pennsylvania. Among the topics it investigated were impacts of bias, quality of legal representation, and monetary and emotional costs of the death penalty. The report drew on work by the Justice Center for Research at Pennsylvania State University, the Interbranch Commission on Gender, Racial and Ethnic Fairness, and a committee of advisors.

However, the earlier report on racial and gender bias noted that “although Pennsylvania’s minority population is 11 percent, two-thirds (68 percent) of the inmates on death row are minorities.” According to the DOC current execution list, 74 of the 147 people on Pennsylvania’s death row are black. 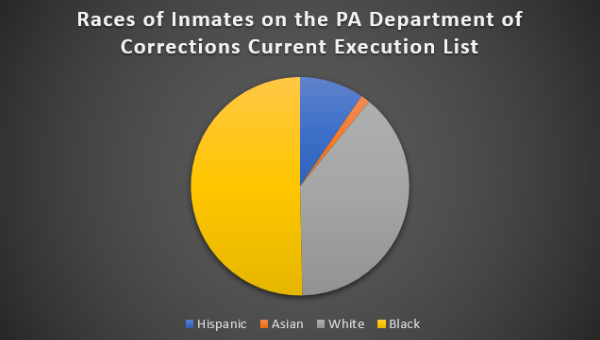 The studies did not look at “possible bias associated with any other stage of the process, including arrest, charging and plea bargaining,” so racial bias in other aspects of the criminal justice system could contribute to these disproportionate ratios. The report notes that the Justice Center for Research is seeking funding to further investigate the earlier phases of the criminal justice process.

To better understand how race plays a role in sentencing, the task force and advisory committee recommends that Pennsylvania adopt a proportionality review method to study whether death sentences are “excessive or out of line with sentences imposed in other cases” in which the convicts were not sentenced to death. The review might consider data such as defendants‘ gender, race/ethnicity, psychiatric state and educational background. The report says this practice “can reveal unfair, arbitrary or discriminatory variability in outcomes.”

The two reports say that non-race-based differences also play a role in sentencing. Men are sentenced to death and executed at higher rates than women, and defendants are more likely to receive the death penalty if the victim is female. Death sentences are given more in some Pennsylvania counties than others (see page 261 of the report), and the task force and advisory committee says location is responsible for the most significant differences in sentencing. Additionally, the quality of defendants’ legal counsel influences the outcomes of their trials. 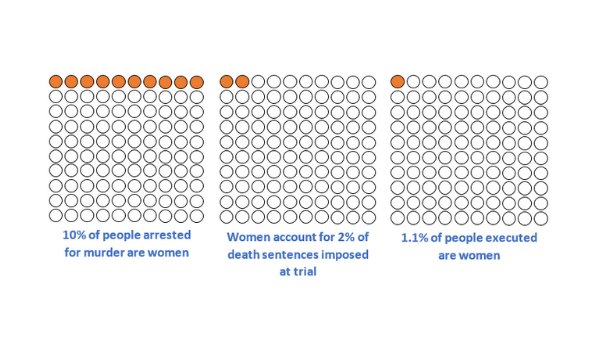 Data from “Chivalry Is Not Dead: Murder, Gender, and the Death Penalty” by Steven F. and Naomi R. Shatz, included in the report / Graphic by Avery Van Etten

Regarding quality of legal representation:

According to the report, “Some observers have argued that many of the lawyers who represent death defendants are unqualified to meet the heavy demands of capital cases; consequently, defendants receive poor representation, resulting in reversible errors and, in some cases, the risk of convicting an innocent person.” Of the Pennsylvania inmates sentenced to death under the state’s 1978 death-penalty statute, 150 have had their sentences overturned as of May 2018 because of ineffective counsel, says the report.

To address differences in quality of legal counsel, the report recommends that Pennsylvania establish a “state-funded capital defender office” to provide legal representation to people being tried in capital cases. The task force and advisory committee suggests that in addition to reducing errors, this organization of defenders would also save money by decreasing the number of convictions that have to be reversed in subsequent proceedings.

The report by the task force and advisory committee states that the death sentence costs significantly more than a sentence of life without parole. Much of this cost comes from the appeals process and expense of incarcerating people for long periods of time on a high-security death row.

A memo from Amnesty International Group 39 that is included in the report says that research done in multiples states has found that death penalty cases are “up to 10 times more expensive than other comparable cases.” This memo also says that the appeals processes involved in death sentences cost millions of dollars.

However, the report and the memo it includes say that expediting the process would increase the risk of convicting an innocent person.

Bookman says, “Close to 200 cases have been reversed by the appellate courts...They were reversed because of major problems in the prosecution – prosecutorial misconduct, withholding of evidence, wrongfully striking African American jurors, ineffective lawyering by the defense – many substantive reasons…If we streamline appeals, we’re going to be moving closer to executing people who should not be executed.”

Stedman says, though, “You can’t confuse innocence and exoneration.”

Comprehensive data on costs of death sentences versus life without parole sentences does not exist in Pennsylvania according to the report. To try to estimate the differences, report contributors sent surveys to Pennsylvania judges, prosecutors, public defenders and victim advocates. Though the sample size of completed surveys was small, the results did support the conclusion that capital murder cases are more expensive.

The report notes, “Some costs might be avoided if the prospect of a capital sentence induces one to plead guilty to avoid that sentence.” However, it also says that survey responses showed that people plead guilty in non-capital murder cases, too.

In addition to monetary costs, the report found that death sentences can also have emotional costs. Of course, capital trials and death sentences emotionally impact the accused, but the report also investigated potential secondary trauma experienced by law enforcement officers, prosecutors, defense counselors, judges, jurors, correctional officers, people close to the victims, and family of the accused due to capital cases.

Contrastingly, the cumulative majority of responses showed that capital murder cases have no negative effect on health, consumption of drugs or alcohol, family or social life, religiosity, spirituality, or morality. In 2013, Pennsylvania State University and Department of Corrections staff administered a different survey to a small sample of State Correctional Institution Greene correctional officers and victims’ and inmates’ loved ones. The report says that “the survey revealed that in no instance was the capital punishment condition associated with statistically higher PTSD, depression or stress than the non-capital punishment condition.” 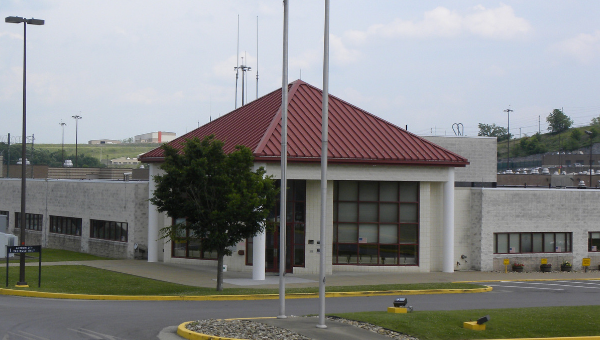 The DOC execution list shows that 127 of the 147 Pennsylvania inmates on death row are housed here, at SCI Greene / Photo from Pennsylvania Department of Corrections

The report also offers information and recommendations about several other aspects of capital cases. One recommendation is that judges should determine if defendants are intellectually disabled during the pre-trial stage rather than the post-trial one, saving time and money as the case would no longer continue capitally. Another recommendation states that severely mentally ill defendants should not be allowed to receive the death penalty, similarly to the conviction of intellectually disabled murderers.