FILE PHOTO: The Wall of Names at the Flight 93 National Memorial in Somerset County is seen on Sept. 11, 2018.

Families, friends close a chapter of the Flight 93 memorial 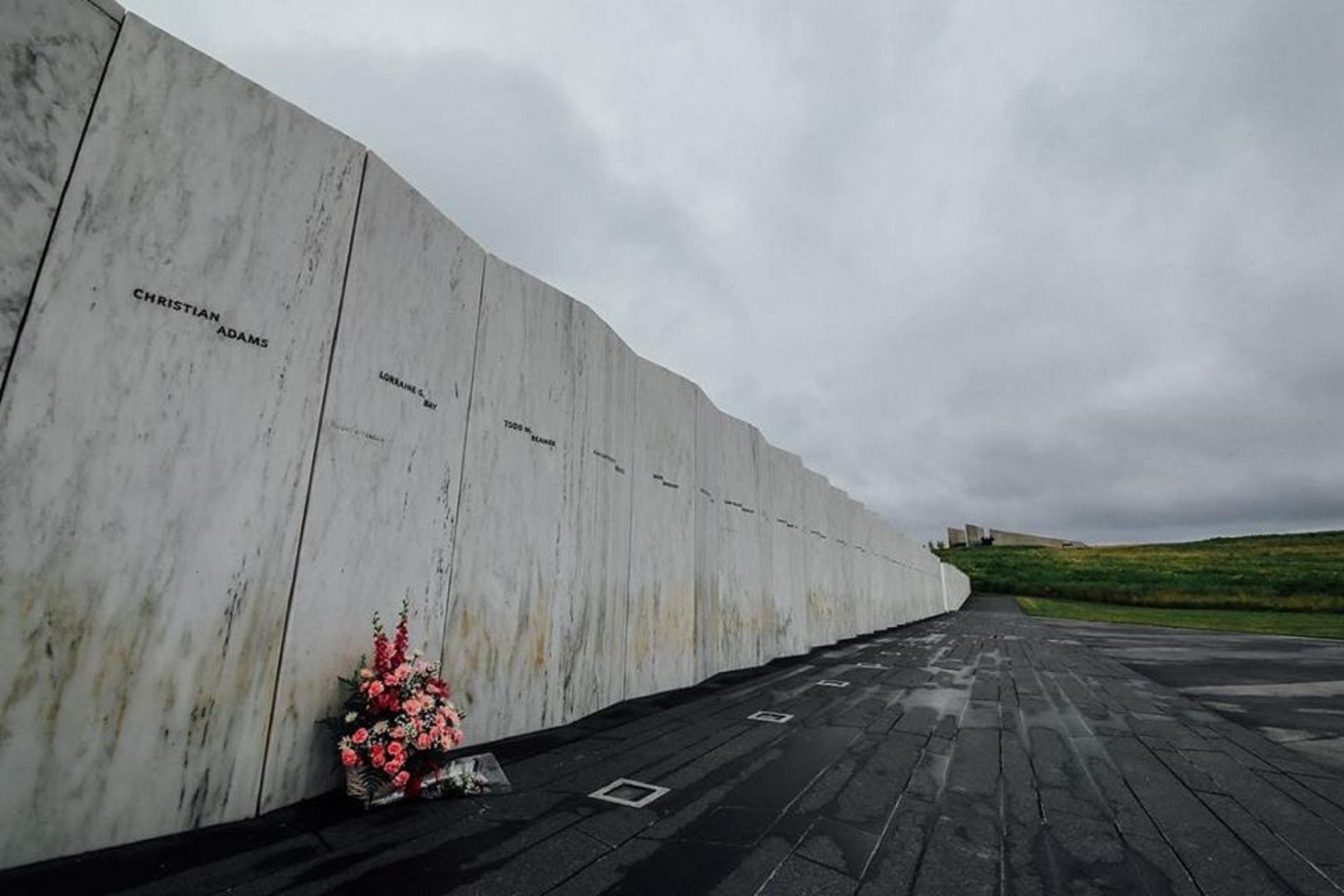 FILE PHOTO: The Wall of Names at the Flight 93 National Memorial in Somerset County is seen on Sept. 11, 2018.

(Shanksville) — On September 11, 2001, four planes crashed: two in New York City, one outside Washington DC, and one in a remote Pennsylvania field.

That last plane, United Airlines Flight 93, was diverted from its likely target by its passengers and crew. All 40 were killed.

Now their loved ones have dedicated the final piece of a memorial commemorating them: the Tower of Voices.

The newest and last feature of the Flight 93 National Memorial is 93 feet tall, and designed to hold 40 massive wind chimes.

And on the day of its long-awaited dedication, it stood out starkly against the clouds, as buckets of rain poured down on the crowd that—steadfastly—came out to the park anyway.

Inside a tent at the base of the monument, family members of those who died on Flight 93 are gathered.

17 years ago, they were strangers. Now, they’re old friends.

“When we come to this anniversary, to this dedication and we get to see people we haven’t seen for a year, three years, five years, time doesn’t seem to matter there,” said Debbie Borza, who lost her 20-year-old daughter on Flight 93.

Deora Bodley was the youngest person killed in the crash. And Borza said since then, getting the memorial made has given her direction.

“Seventeen years—you know my daughter would be 37,” she said. “It’s as if it were yesterday.”

Architect Paul Murdoch has overseen the design of the park since 2005.

He said the Tower of Voices was the most ambitious part of the memorial. But just a few weeks before the dedication, he got word most of the massive, custom-made chimes wouldn’t be done in time.

Eight of them are in place, though. And eventually, there will be one for each of the people lost.

And as the rain poured down at the dedication ceremony, Murdoch, family members, friends, and volunteers walked up the hill to ring the chimes publicly for the first time.

Afterward, Lori Guadagno stayed in the rain a little longer to take it in.

Her brother Richard was killed on Flight 93. He was a biologist who loved being outdoors—and Guadagno said this feels like a perfect tribute.

“Knowing that the sound of their voices is always going to be echoing here—I mean the wind did it for me from the first time I was here, because it’s ever-present, I always heard it, it was always part of this site, but to have it put into these beautiful sounds that will radiate forever—it’s breathtaking,” she said.

When Flight 93 crashed down into this field outside Shanksville, the ground became sacred to the people whose family members died here.

To this day, the crash site remains private—fenced off from the rest of the park, in an area only family members are allowed to enter.

And Guadagno said that’s still special to her, and to the other families.

“We’ve shared this story with the world,” she said. “This is a little piece of privacy that is essential, and I am glad that has been preserved for close family members and friends.”

Debbie Borza agrees—though she added, someday that could change. Part of the beauty of this park, she said, is it’ll evolve with future generations.

“As long as I’m alive, it’ll remain the way that it is. And then after I’m gone, then it’s left to the next of kin,” she said.

Gordie Felt, who heads the organization Families of Flight 93, lost his older brother Edward in the crash.

He said he plans to stay as involved with the national park as ever—though he noted, the Tower of Voices does bring a sense of completion.

“There’s also a huge sense of relief that we’re—we’re there,” he said. “We committed ourselves to honoring our loved ones. And we’ve done it.”