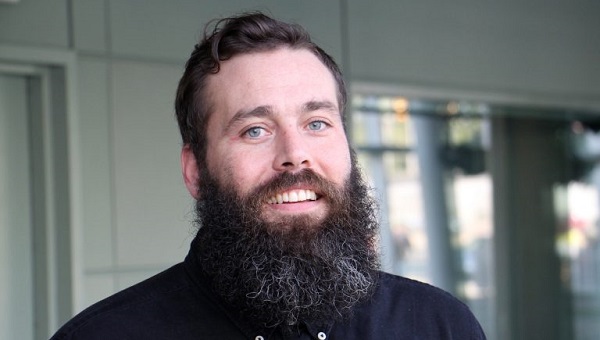 After four years teaching there, he was vying to become an assistant principal at the end of last school year, and figured that would mean an assignment elsewhere in the city.

But a conversation with a parent from the school’s Strawberry Mansion neighborhood — one home to deep poverty and violent crime — helped him understand why he needed to stay.

Brooking took the challenge to heart — a reminder that the career he’s devoted his life to can have a tremendous impact on the people around him.

“It’s what drives the work and makes it more sustainable,” he said.

In the end, Brooking got the best of both worlds. He became assistant principal at Blaine, a newly created position at the school that allowed him both to grow as a leader and to continue his commitment to the students and parents of Strawberry Mansion.

Four years ago, Brooking was part of a new wave of teachers at Blaine tasked with boosting academic outcomes and improving school culture.

He was featured prominently in the original WHYY radio documentary “Turnaround,” which tracked the first year of that transformation attempt in 2014-15.

In an interview just ahead of the start of the 2018-19 school year, Brooking reflected on the school’s progress since.

The original idea was that with some extra funding and a big revamp in staff, the school would be able to better serve Blaine’s students. 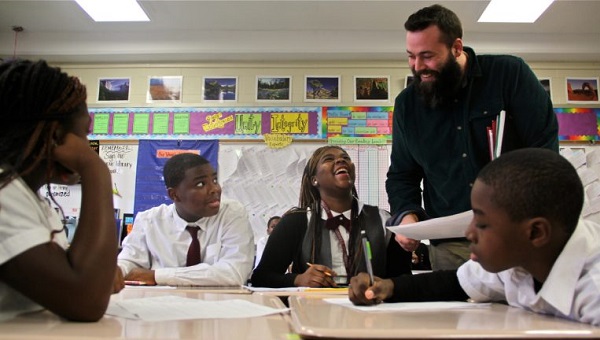 Now, years later, the added funding, which was from Philadelphia School Partnership, has dried up. The school has seen plenty of teacher turnover, and its standardized test scores are still very low — and regressing.

“Success is a process,” said Brooking. “I don’t know if it’s black or white, yes or no.”

After making what he felt were significant strides through three years, he says the bottom fell out when the extra funding disappeared. That coincided with a number of teacher vacancies.

Some of the vacancies were due to teachers on medical leave; others were the result of new, inexperienced teachers quitting.

“Teachers, particularly last year, would come and they weren’t prepared for our community, and prepared for the needs that our kids have,” he said.

“We really just focused on attendance and climate last year, because we knew our academics — we don’t have teachers in front of the classed right now,” he recalled.

The attendance rate went up and student suspensions went down, but the frustration of parents was palpable.

“As administrators you can’t even say that the parents are wrong, because they are all right in that sense,” he said. “Their children deserve a teacher to be there.”

Brooking remains hopeful for this new school year. Blaine had 12 new teachers to hire this summer, and he says the vetting process was much more robust this time around.

“We want Blaine to be a place where you have the same teachers for years, he said. “So explaining that to teachers and letting them know:  we want you here for the long haul.”

For more on Blaine’s progress and what drives Brooking as an educator, listen to the interview as aired on WHYY’s Newsworks Tonight.