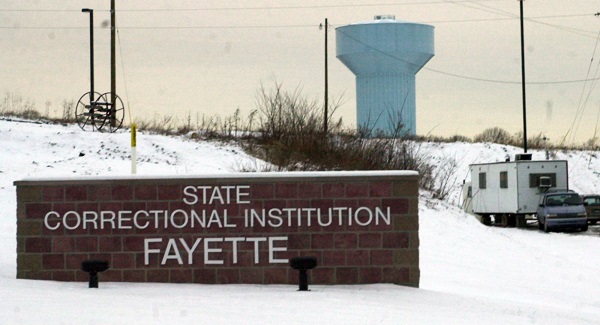 (Harrisburg) — Pennsylvania’s state prison system is tightening security and revamping procedures after 18 staff members were treated at hospitals for exposure to a yet-unidentified substance at three prisons earlier this month.

In five separate cases between Aug. 6 and Aug. 13, employees exhibited symptoms that required medical treatment at the Fayette, Greene and Mercer state prisons. She said all 18 were treated and released.

At Greene State Prison, four guards were hospitalized after becoming sick while searching an inmate’s belongings on Aug. 13. The prison was locked down and a hazardous materials team was called in.

Four guards and two nurses were stricken on Aug. 10 at Fayette State Prison. The guards had been searching an inmate’s property, and the two nurses became ill while treating them.

The search of a cell at Mercer State Prison on Aug. 6 produced symptoms in five guards and a doctor. One guard was hospitalized overnight.

“Just even touching it or touching someone who touched it, you can have an adverse effect,” Worden said. The problem appears to be confined the western half of Pennsylvania, she said.

The prison employees experienced tingling in their limbs or fingers, headaches and dizziness, she said.

Officials are not sure how the substance made its way inside the facilities, but as a result the prison system has been taking a fresh look at how it handles incoming mail for inmates.

The agency announced in recent days it is providing additional protective gear and training, installing safety disposal equipment for unknown substances and expanding the use of body scanners.

Officials say assaults on staff increased about 4 percent during the first half of 2018, attacks that may be linked to an increase in the prison drug trade.

It’s not clear if the state prison cases are related to the sickening of six Butler County Prison guards on Aug. 14. Four officers and two nurses were confined to the local hospital’s ambulance receiving bay to be decontaminated and treated, the Butler Eagle reported. They all returned to work.

The Butler prison warden told the newspaper that three officers were processing seized items from a cell when they began to experience dizziness and elevated heart rates. The fourth officer had helped get them into the jail’s sick bay.

In January, 14 Allegheny County Jail guards and medical personnel were taken to a hospital for treatment in cases over two days after exhibiting similar symptoms.

Glatfelter paper has deal to sell, but promises no plans to close mills