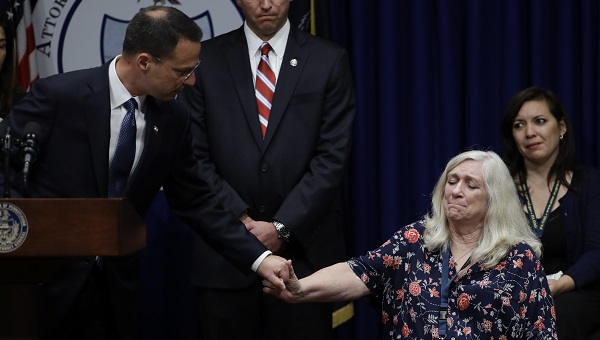 Pennsylvania Attorney General Josh Shapiro holds hands with Judy Deaven who says her son was a victim of sexual abuse by a priest as a boy, during a news conference at the Pennsylvania Capitol in Harrisburg, Pa., Tuesday, Aug. 14, 2018. (AP Photo/Matt Rourke)

The Grand Jury report on child sex abuse in the Roman Catholic Church in Pennsylvania released Tuesday by Attorney General Josh Shapiro is one of the most extensive investigations into priests and others affiliated with the Church to date.

The Grand Jury named 301 priests, said there were more than a thousand victims that they knew of and probably thousands more.  Due to the statute of limitations, only two have been prosecuted.

On Wednesday’s Smart Talk, we discuss the report and a recommendation from the Grand Jury to eliminate the statute of limitations.

With us on the program are Rep. Mark Rozzi of Berk County — an abuse survivor — and Pennsylvania’s Victim Advocate Jennifer Storm. We are also joined by survivor John Delaney. 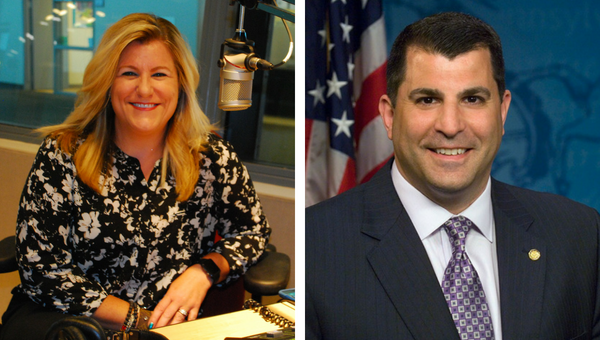 Update: The conversation about the grand jury report extended for the whole hour. Kirk Stoner, Nathan Wolf and Lisa Riggs will join us to discuss conflicts of interest on Sept. 7.

Smart and sustained growth is a goal of most communities. What happens, though, when planned growth and development conflict with the interests of one or more key stakeholders?

One such battle involved the Cumberland Valley School District. The district hoped to construct a new school on the McCormick Farm, which is part of the Natural Lands Trust. After considerable public outcry and hearings, the school district withdrew their plans.

In another example of conflicting interests, developers seek a zoning text amendment to develop the Summerdale Property in East Pennsboro Township. They hope to develop a light industrial component to the property, which could include warehousing. A public debate began, and the township planning commission recently recommended rejecting any changes. Township officials take up that vote next month. 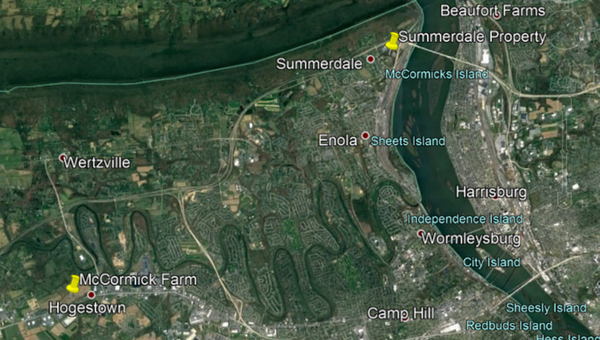 So, if most communities seek smart and sustained growth, how do stakeholders work together toward a consensus? And if they cannot, what is the process to defend their interests?