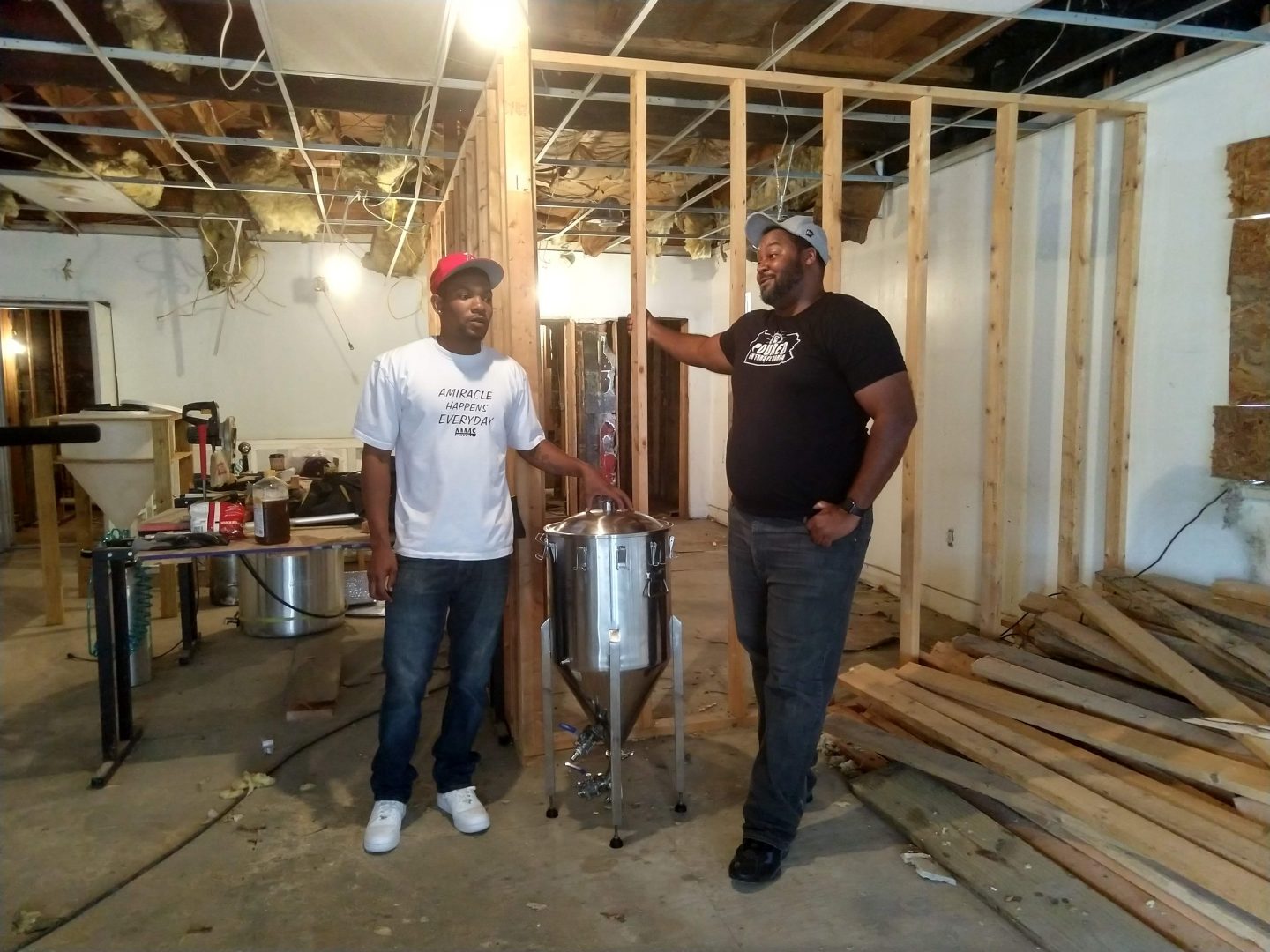 This weekend, Pittsburgh is slated to host the first festival of black craft beer brewers from around the country. Among their ranks will be Harris Family Brewery–believed to be Pennsylvania’s first African-American-owned craft brewery.

The brewery started gaining attention this year after securing space for a brewpub in Harrisburg’s Allison Hill neighborhood, though the road to this point has been long.

Shaun Harris, a big man with a kind face, registered Harris Family Brewery as a business on January 2, 2014. He had been home-brewing since 2013, learning from YouTube videos. But when he went to make it official, he said he was shocked to find no other African-American beermakers across the state had come before him.

“I was looking for guidance at that point,” he said. “What did you have to go through? And I couldn’t find anybody that went through the struggle, or had to do anything at all.”

The craft brewing movement has been growing since the early 1980s. But the men behind HFB–Harris, Timothy White, and Jerry “JT” Thomas–can’t definitively say why so few black people have been involved.

For what it’s worth, all three men sport beards.

“At the end of your upfront cost and your time, you may still end up with something that’s terrible and you have to try again anyway,” Harris said. “So, I think it’s just, it’s easier, like–in our neighborhood nobody got no money to waste like that.”

Harris had his own trials in brewing, like when he made a sour without realizing it’s a legitimate type of beer.

They also met with some friction when they joined a homebrewers group on Facebook.

“That weren’t, let’s say, very accepting to people like us,” Harris said.

White interjected, “Racists. There are racist people in the homebrew clubs, because they can be.”

Some in the group commented that black brewers were “appropriating their culture.”

The guys had to shrug off the comments and focus on the business of selling beer, which is not as easy as it looks.

They finally lucked into a space at 13th and Market streets, owned by a friend of White’s. The landlord originally planned to rent an apartment on the second floor above a laundromat, but the idea fell through, leaving the space vacant for years.

The space requires a lot of work from the three men, including demolition and renovations. The area for the future beer garden is covered with piles of broken furniture and thick brush. But that doesn’t scare the brewers.

“I walked in, I was like, this could work,” White said. “It was sketchy, but I have really good vision.”

The men still need to obtain a zoning variance from the City of Harrisburg to operate out of the building before they can apply for state and federal permits to sell their beer. Still, they seem optimistic now that they’ve cleared the first major hurdle of finding a place for their business.

The brewery has garnered support from the Allison Hill community and a few established craft breweries in the area. HFB and Zeroday recently collaborated on a beer called It’s Poppin’. That debuted at a screening of the documentary “Poured in PA,” which featured the trio.

Some midstate brewers are encouraging Harris to start bigger. But because they are largely self-funded, the goal is to start small and gradually grow the business. The location on Market Street will be a nanobrewery with ten seats at the bar, a few tables, and very small-batch brewing.

At this point, the most they can produce at one time is a single barrel.

“We did that math, so it’s like 240 servings,” Harris said. “And that’s not big enough for when we start making this for reals.”

Bigger equipment comes with a bigger price tag, so they’ll use the equipment they already have, then ramp up. But that doesn’t faze the brewers.

“I would have to make beer three times a day for five or six days out of the week in order for us to be profitable,” Harris said. “And my answer to that is, ok. I mean, isn’t that the idea for me to make beer all the time, because that’s what I like to do?”

The founders of Harris Family Brewery said if all goes well, people will be enjoying their signature beers in the nano-brewery sometime next year, and brewing operations will move to a larger location in the next two to three years.