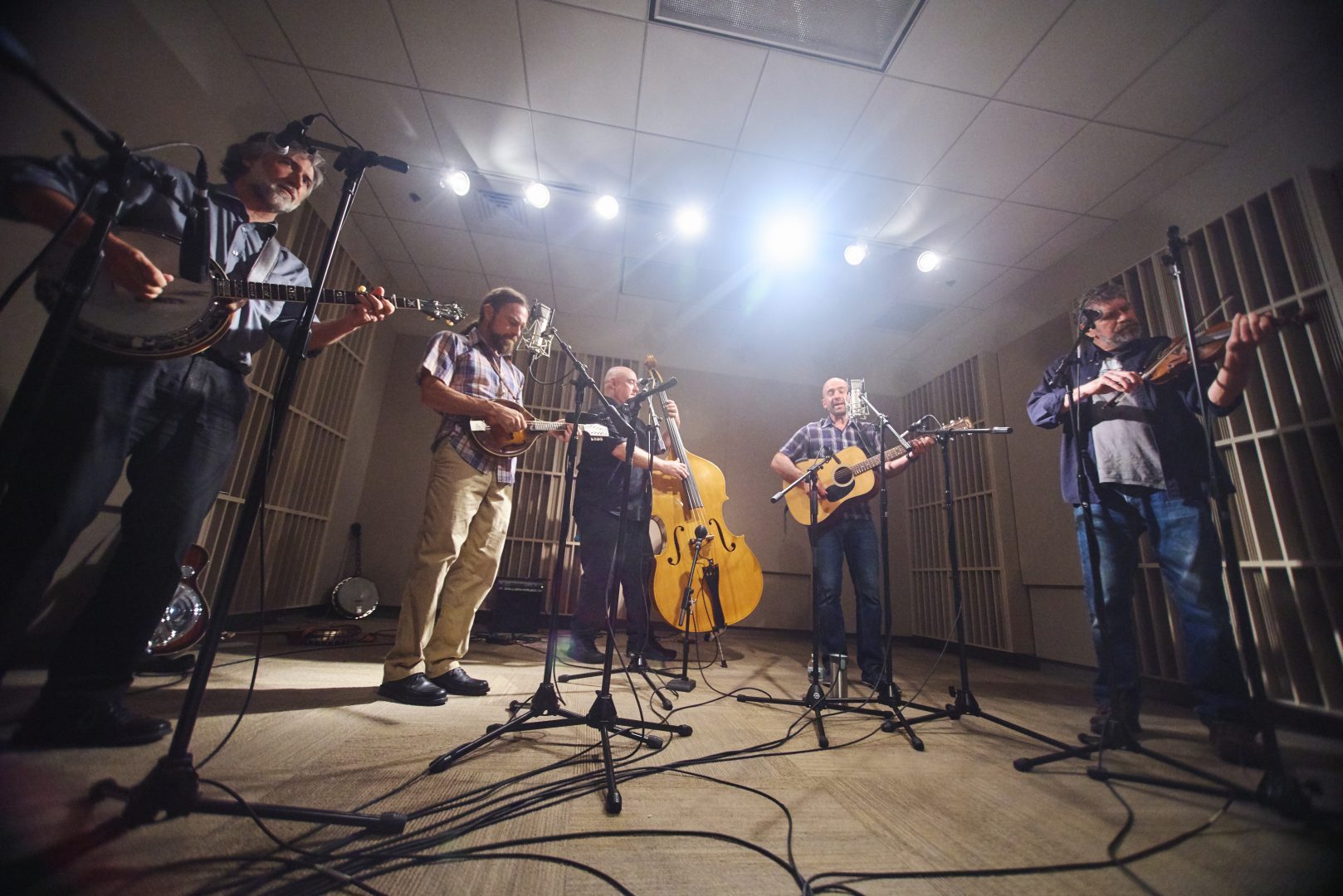 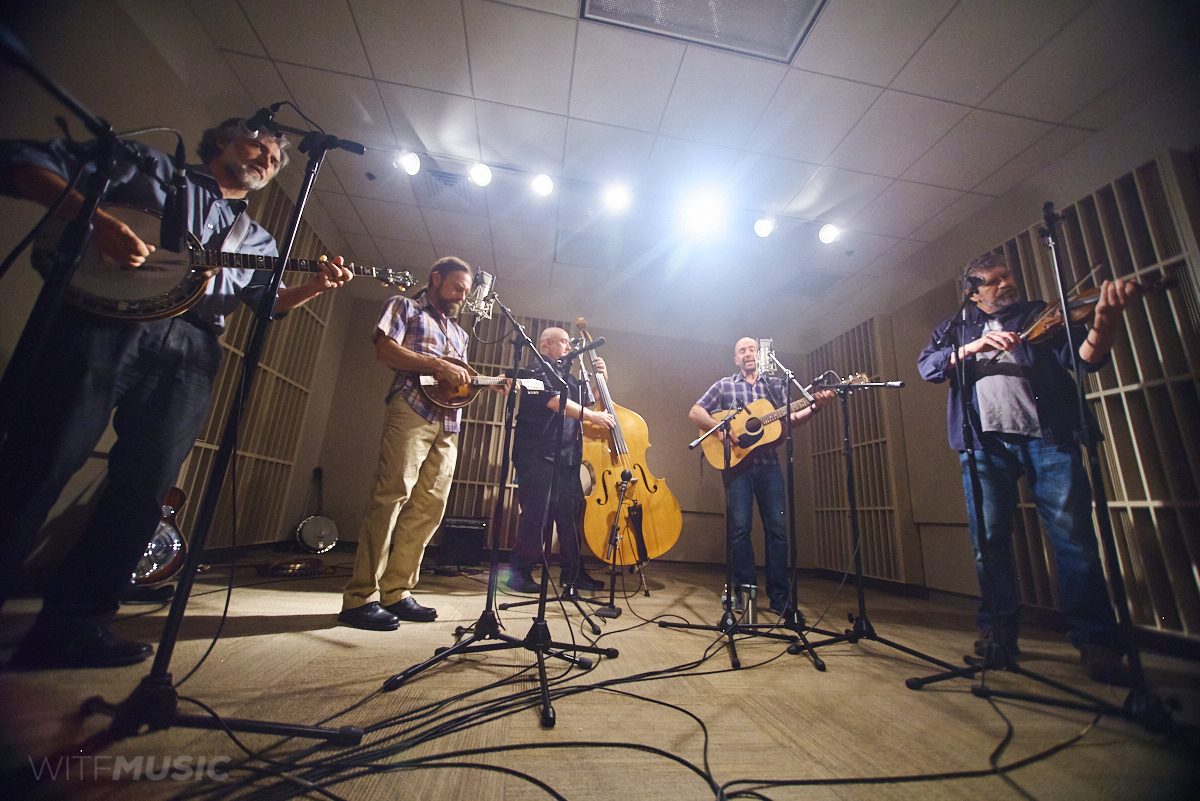 Vinegar Creek Constituency first surfaced briefly as a one-off performance 2005. After positive feedback they repeated the performance a year later, and from there the band became a fixture in the local music scene. The current lineup consists of bassist Mike Vitale, violinist Pierre “Pete” de Vitry, Mark Rast on the banjo, Jeff Bryson playing mandolin and singing, and vocalist and guitarist Leo DiSanto. 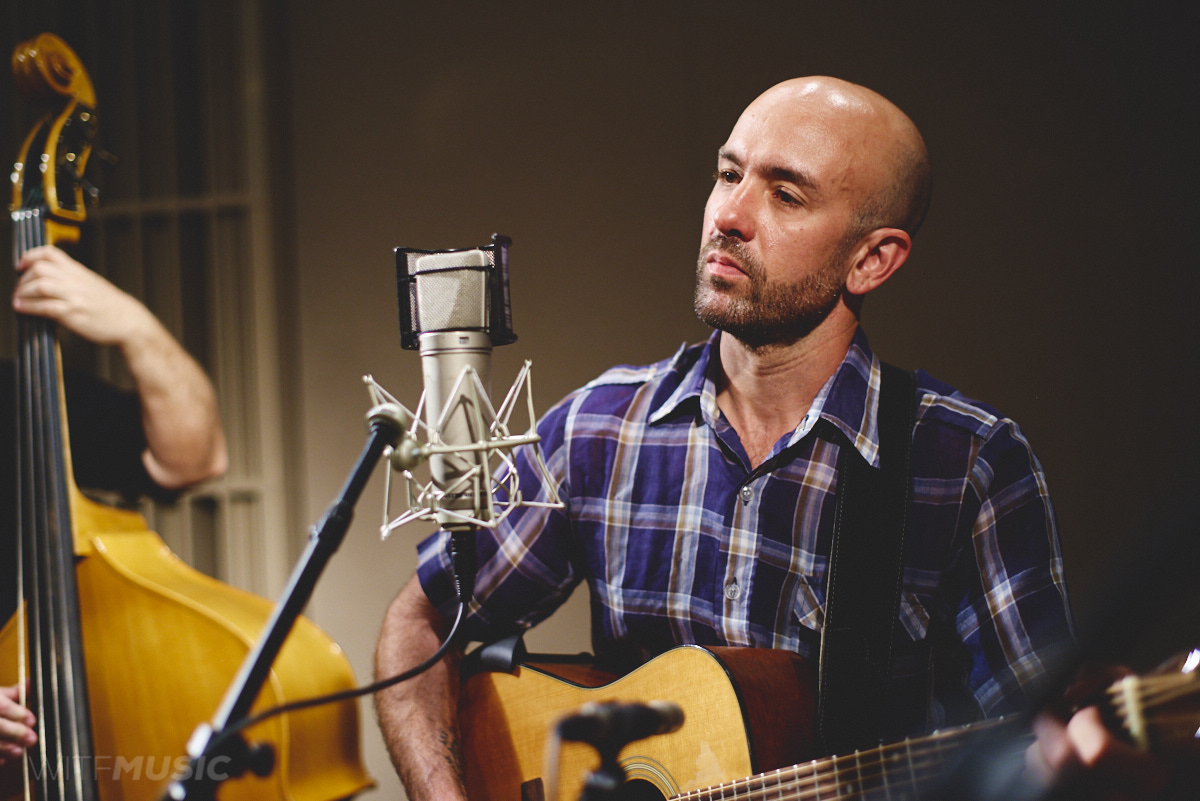 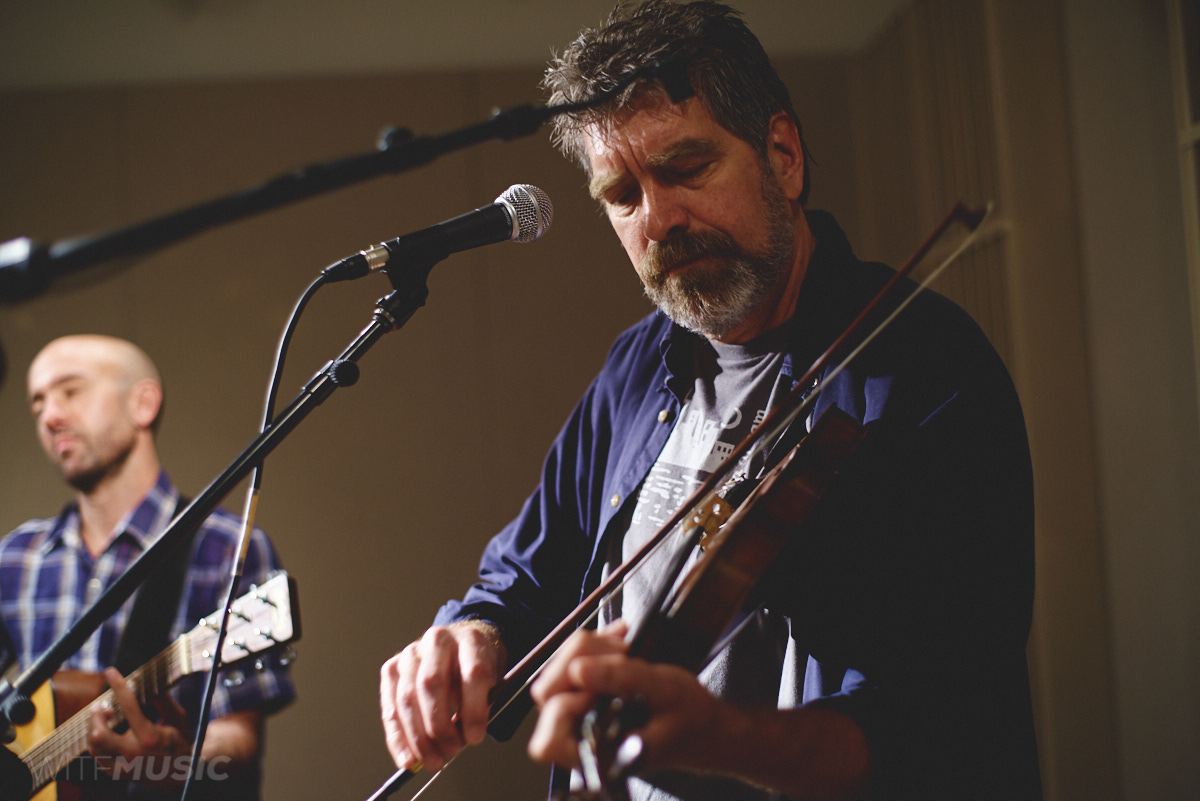 String band music in general has remained popular through the years and these days it’s easier than ever to connect with it. Mandolin player and vocalist Jeff Bryson remarked on this.

DiSanto chimes in, “It makes it accessible to you. I imagine a lot of those really old records were pretty hard to find…The movie O Brother Where Art Thou was a big part of the resurgence in old time music I think…It was around the time I was starting to discover some of this music and it certainly got my attention. And then there were bands like Jerry Garcia, the Grateful Dead and David Grisman and those guys had a lot to do with introducing that music to different generations.” 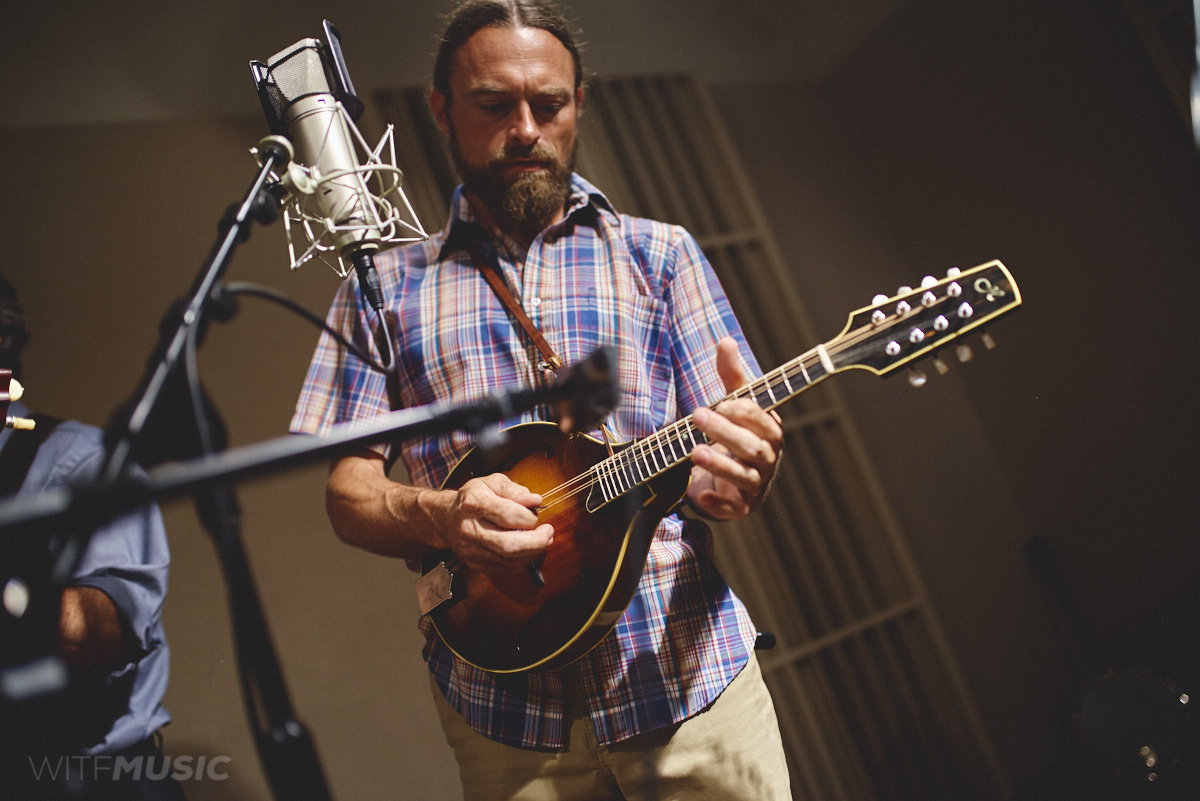 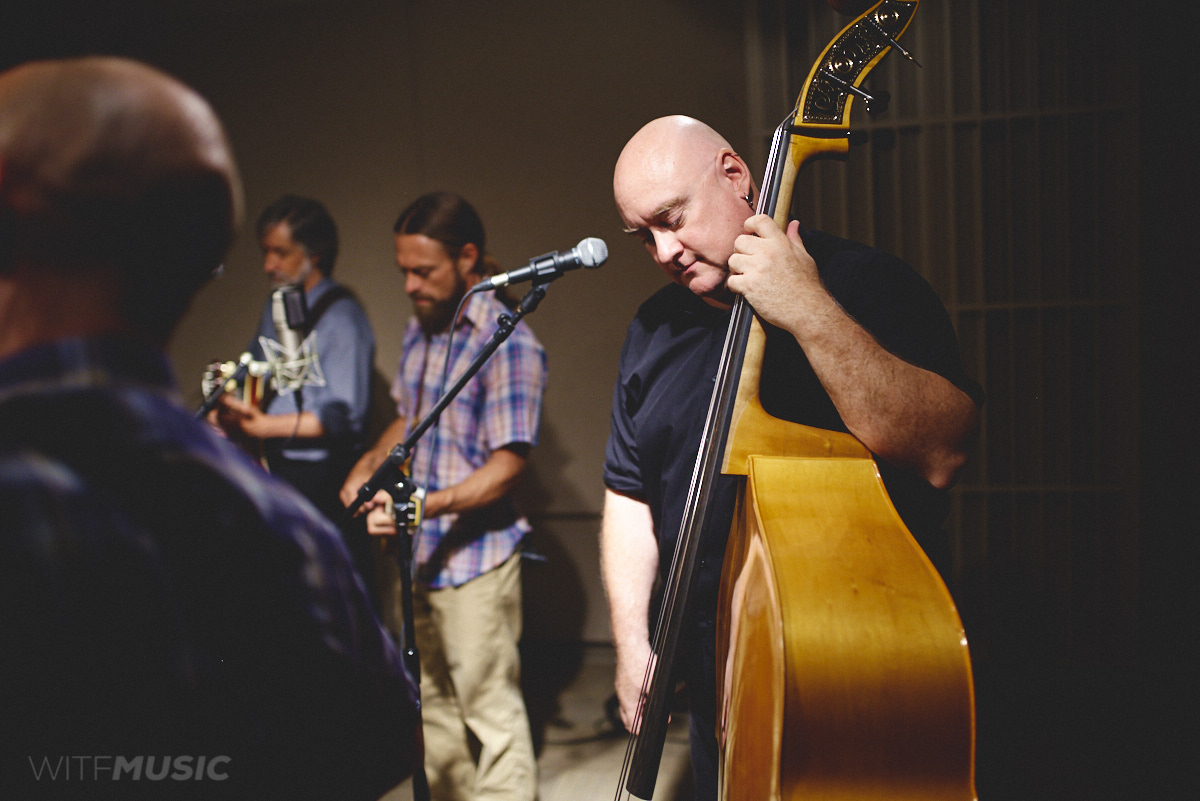 Vinegar Creek Constituency released their fourth album earlier this year and they played a few songs from it in our studio. One of those is called “One More for the Ditch”.

“The title of the song comes from an Irish phrase that we picked up playing in the bars over there,” DiSanto explains. “They say ‘one more for the ditch’ and it means have one more drink and you’re probably gonna wind up in a ditch. When I wrote that song it was kind of influenced by some of the things that we’re seeing happening economically and some of the disparity, a what’s-a-guy-to-do kind of story…a millionaire’s the only job that pays.”

Jeff Bryson sang a song called “Angel and a Star”.

“It came from the book of Genesis. Other than that it’s basically just my take on it.”

“If you listen to it knowing that some really interesting lines will jump out,” DiSanto adds. “It’s probably my favorite of Jeff’s lyrics. Then there’s some really cool references to the book of Genesis in there that I didn’t immediately catch until he told me he was thinking about that when he wrote it.” 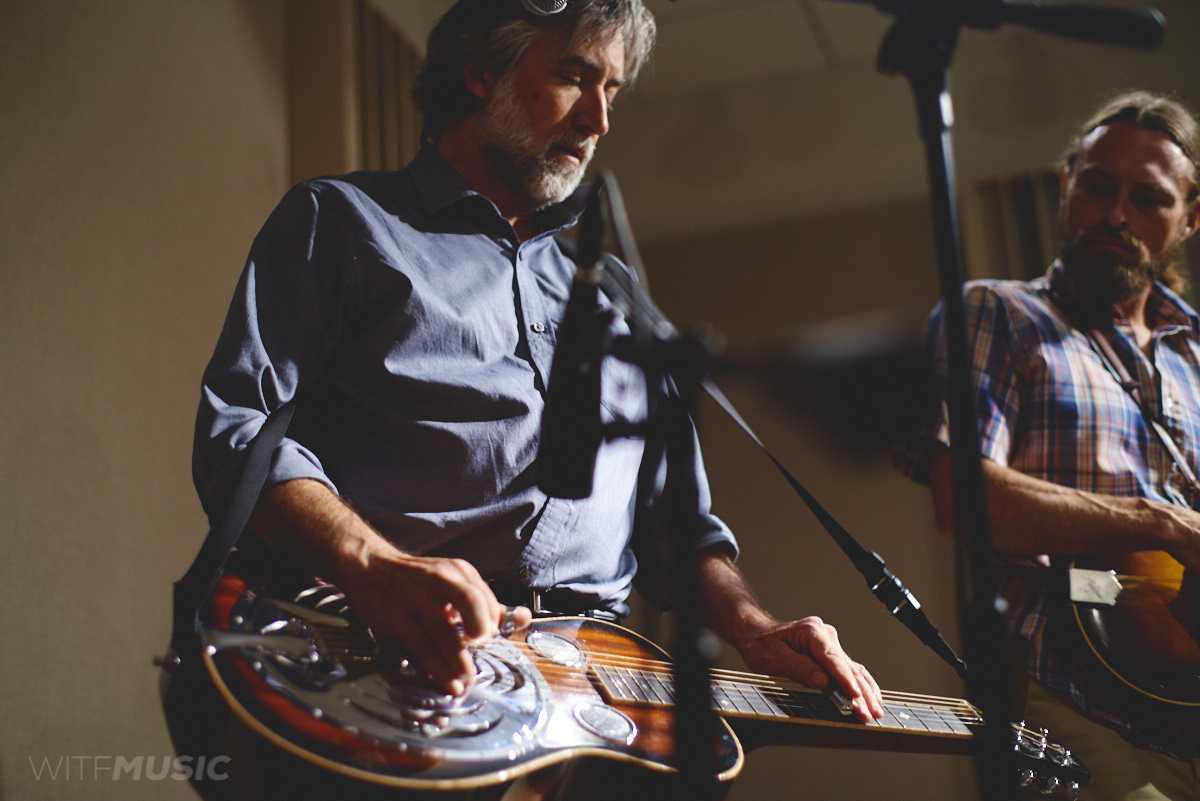 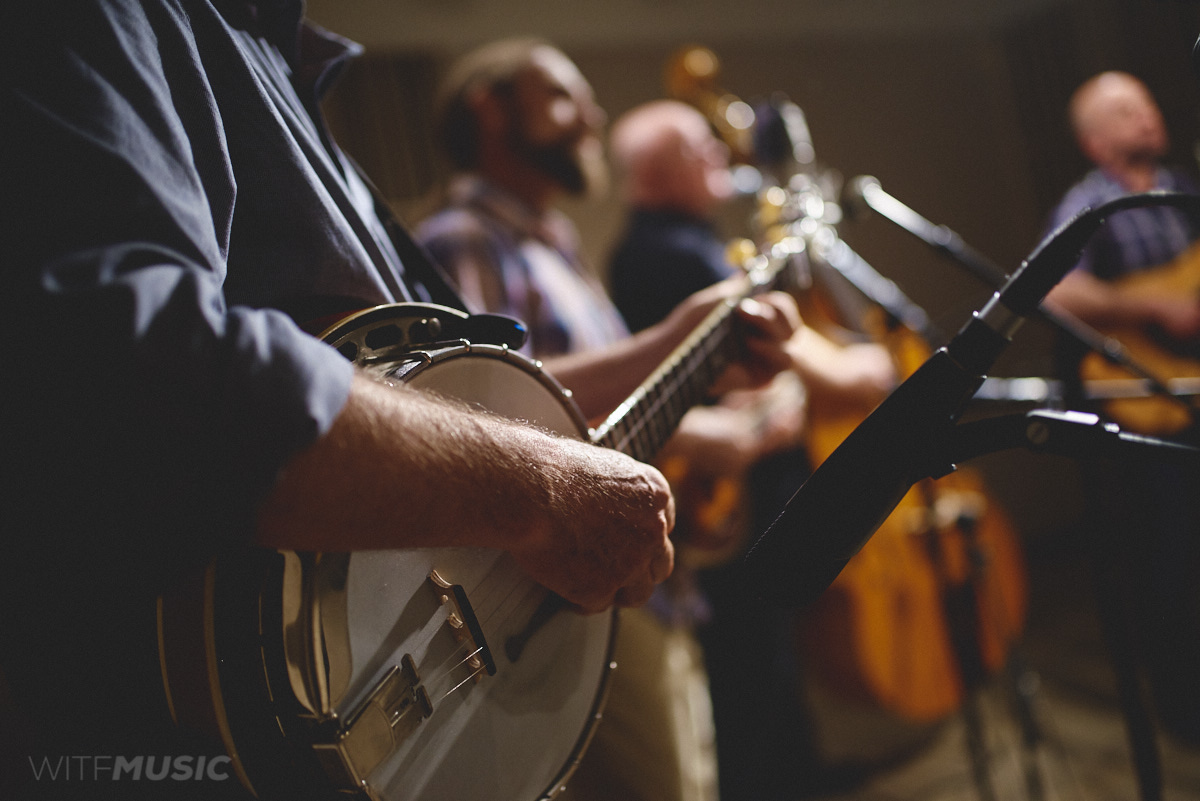 For a group that’s been around as long as Vinegar Creek Constituency, I was curious what keeps this group going. We talked about the feelings they get when they perform together.

“I get a super emotional high,” says Bryson.

“For me it’s a lot of the social aspect,” says violinist Pete de Vitry. “Seeing the people that come out and also the social aspect of just playing around a campfire. That’s one of the best things where you’re not dealing with the P.A. and just playing with your friends and whoever shows up. Real special.”

“I just do it to feed my raging narcissism,” jokes DiSanto. “No I’m kidding. It is that communal thing honestly. The difference between me just doing it in my studio at home because I have to write songs because there’s some part of me that insists on it or doing it with a group of guys on stage for a group of people in the audience is just a kind of shared experience that at its best can be a really ecstatic thing. When everybody’s really into and the audience’s energy is feeding the band and the band is giving that back to the audience and it just forms this really magical circuit that you really can’t get enough of that experience I think once you’ve had it.”

It seems to be a recipe that works. And that is what’s kept Vinegar Creek Constituency going all these years.