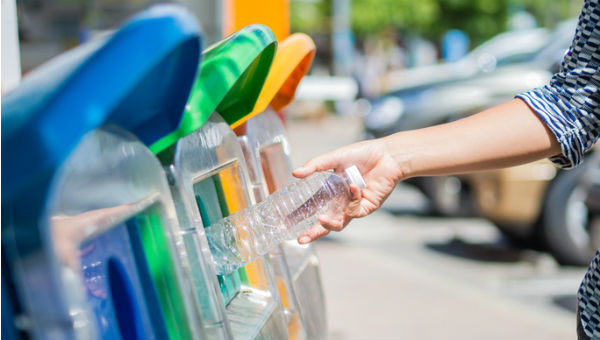 Before this year, China was the largest buyer of recycled commodities, which were by volume the largest United States export. However, beginning January 2018, China stopped accepting two dozen foreign recyclables. In addition, it lowered the permitted amount of contamination – non-recyclable items that are put in recycling bins – from five percent to 0.5 percent. Recycling practices in Pennsylvania are changing to compensate for these alterations to Chinese policy.

Kathryn Sandoe, Chief Communications Officer at Lancaster County Solid Waste Management Authority, explains that the U.S. used to sell its recycled waste to China, where it was turned into other products. These products were then sold back to U.S. manufacturers. However, as China’s population grew, it produced more waste internally. Facing an increasing volume of domestic waste and pressure to clean up environmental problems, China determined that it would decrease the foreign recyclables it would accept.

Achieving this goal involved two steps. First, China stopped accepting 24 recyclables. Sandoe says that most significant of those 24 banned commodities are mixed paper (for example, junk mail) and mixed plastics (labeled with numbers three through seven). According to the National Waste & Recycling Association, over half of the world’s recycled paper and plastic was consumed by China in 2016. Now, the U.S. and other countries must find other outlets for this waste.

The second change China initiated this year was decreasing the permissible level of contaminants in recycled waste. The 0.5 percent limit is basically impossible to achieve, say Sandoe and others such as Penn Waste. Sandoe notes that the average contamination of recycled materials is 20-40 percent.

Since the U.S. can no longer sell its recyclables to China, the refuse is piling up at material recovery facilities as they try to find new outlets for the waste. So far, a new buyer to purchase recyclables on the same scale as China has not been found.

To deal with this change, some counties, such as Lancaster County, are cutting down on items that can be recycled to decrease contamination. Lancaster County Solid Waste Management Authority is now only accepting the “Big 4:” corrugated cardboard, plastic bottles and jugs with necks, metal food and drink cans, and glass bottles and jars. Penn Waste has also cut down on what can be put in recycling bins, taking a “Back to Basics” approach.

Another way to compensate for the loss of the foreign outlet is raising fees for recycling services. Material recovery facilities used to gain revenue by selling recyclables to China, explains Sandoe. Now, they have to find new ways of dealing with the waste pile-up, which may involve paying other facilities to take the refuse or paying to dispose of the materials. Sandoe calls the situation a “financial crisis” for material recovery facilities – where they were making money before, now they are losing it. To make up for lost funds, people can be charged more to recycle.

Bicky Redman, who is the Senior Environmental Planner for Adams County, says that so far haulers in her county have not made any changes to their recycling policies, but she expects that change will come based on the recycling market. Redman explains that recycling companies may have to employ more staff and be more careful in separating materials, which could also caus