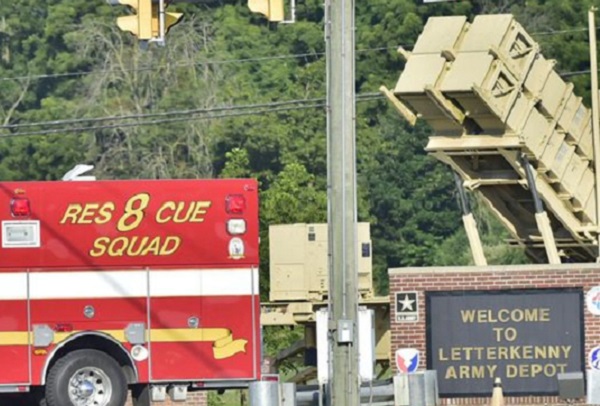 An explosion was reported this at around 7 a.m. Thursday morning at Letterkenny Army Depot, Chambersburg, Pa. Injuries were reported at Building 350 and air medical responded to tthe scene. (Photo: Markell DeLoatch, Public Opinion)

(Undated) — Thursday’s fire and explosion appear to be the most serious incident at Letterkenny Army Depot in recent years.

In 2012, Letterkenny’s industrial operations were awarded a coveted OSHA safety award.  Letterkenny had maintained injury and illness rates below the National Bureau of Labor Statistics averages to earn the Voluntary Protection Program Star Certification. The depot’s accident rate had dropped 34 percent between 2007 and 2012.

Col. Stephen Ledbetter provides an update on the incident that injured four workers, including three who were airlifted to a Baltimore hospital. Chambersburg Public Opinion