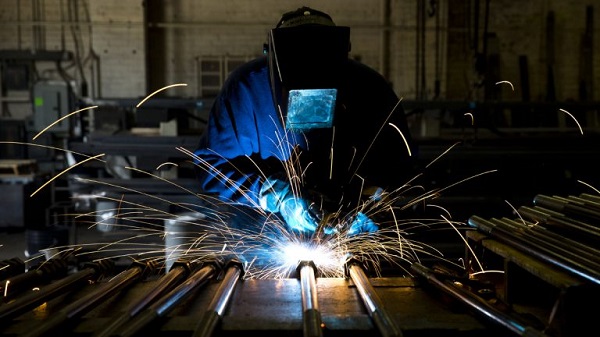 In this file photo, a welder fabricates anchor bolts for roads and bridges at the custom manufacturer in Pennsylvania. (AP Photo/Matt Rourke)

(Lewisburg) — A study by Bucknell University’s Institute For Public Policy counts Pennsylvania as one of the states where residents are most skeptical of free trade agreements.

The poll surveyed over 1000 participants and found that these states tend to believe free trade agreements have negative impacts on employment, wages and overall economic growth.

Among the states that flipped for President Trump, 35 percent of the participants say free trade negatively impacts the affordability of everyday products. But among all respondents, only 26 percent agree with that statement.

Chris Ellis, professor of political science at Bucknell, said these states have seen their manufacturing industries hollowed out, and it’s difficult for people in hard-hit areas to realize when the economy ticks up.

“Economists like to say that trade has lots of diffused winners and very targeted losers,” Ellis said. “It’s easier to see the mill that’s no longer there. So, there’s this skepticism of, ‘Okay, maybe trade is good for the United States, but what is it really doing for me?'” 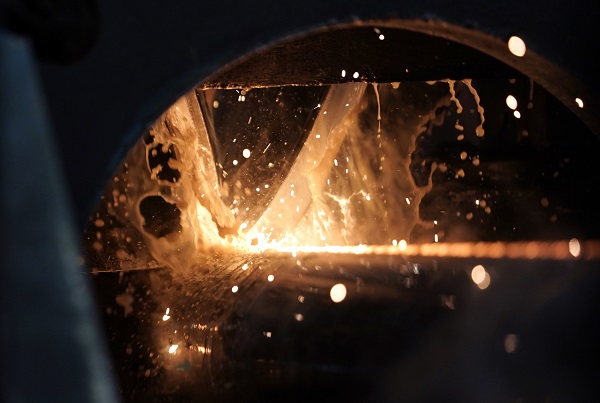 Steel is forged to make a pipe at the Borusan Mannesmann Pipe manufacturing facility Tuesday, June 5, 2018, in Baytown, Texas. Borusan is seeking a waiver from the steel tariff to import 135,000 metric tons of steel piping annually over the next two years. (AP Photo/David J. Phillip)

The study also broke down results by political party. Both Republicans and Democrats say the highest priority in trade agreements should be benefiting the US economy. Republicans say it most emphatically, with 82 percent calling it “very important.” Sixty-five percent of Democrats share that viewpoint.

Meanwhile, Democrats put more of a priority than Republicans on human rights and working conditions in partnering countries.

Ellis added that trade policies are often esoteric but, for many voters, Trump’s criticism of trade deals has  helped split opinions along partisan lines.

“Trade has historically been one of the few issues where there is not a consistent partisan split. Since Trump, we’ve seen at least some divide over a couple things,” he said.