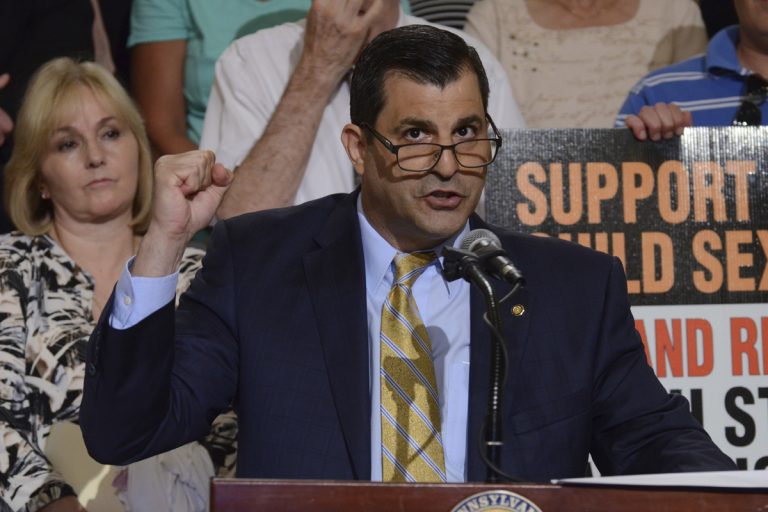 (Harrisburg) — Later this month, state Attorney General Josh Shapiro is expected to release findings from a two-year grand jury investigation into widespread sexual abuse and cover-up within six Catholic dioceses across the state.

In anticipation of this report, state Rep. Mark Rozzi, D-Berks, is pushing to end the statute of limitations on child sex abuse cases and give victims abused long ago another chance to file a claim against their perpetrators.

Rossi testified before the grand jury about his own personal experiences of sexual abuse.  He says at age 13 he was raped in the shower by a priest from the Holy Guardian Angels Parish in the Allentown diocese.

“As children we do not have any idea what a statute of limitations is,” said Rozzi. “And then, when we’re ready to come forward, our perpetrator gets to walk free and then we end up living in silence and suffering the rest of our lives.”

Because his abuse occurred decades ago, Rozzi cannot legally seek justice at this point.

The laws for victims were even more restrictive when he was ready to speak.

For those unable to pursue a civil case because the statute of limitations has already expired, Rozzi’s legislation would also allow a two-year window for victims to file a claim.

The Pennsylvania Catholic Conference has long opposed measures that would allow victims to bring lawsuits retroactively. They’ve said the age of the evidence would make it “impossible” for organizations that work with children to defend themselves in court.

Spokesperson Amy Hill wrote in an email that they have tremendous respect for Rozzi.

“In light of the upcoming grand jury report, however, we do not believe it’s appropriate at this time for us to discuss legislative issues,” she said.

Last year, the Pa. Senate passed a bill eliminating statute of limitations for sexual abuse crimes that has since been tabled in the House.

Leaders in the Senate, though, do not support Rozzi’s push for the two-year retroactive window, believing it’s unconstitutional.

“The issue is that under Pennsylvania law you can not go back,” said Jennifer Kocher, spokeswoman for Senate Majority Leader Jake Corman, R-Centre.

If the retroactive amendment passes, Rozzi says he’s undecided whether he would file his own claim against the church.

The pending grand jury report follows a previous investigation into the Diocese of Altoona-Johnstown, which exposed allegations of abuse against more than 50 priests over decades and two investigations into the Archdiocese of Philadelphia in 2005 and 2011.

The statewide probe of the remaining six dioceses and the more than 800-page report is expected to be the most expansive investigation to date.