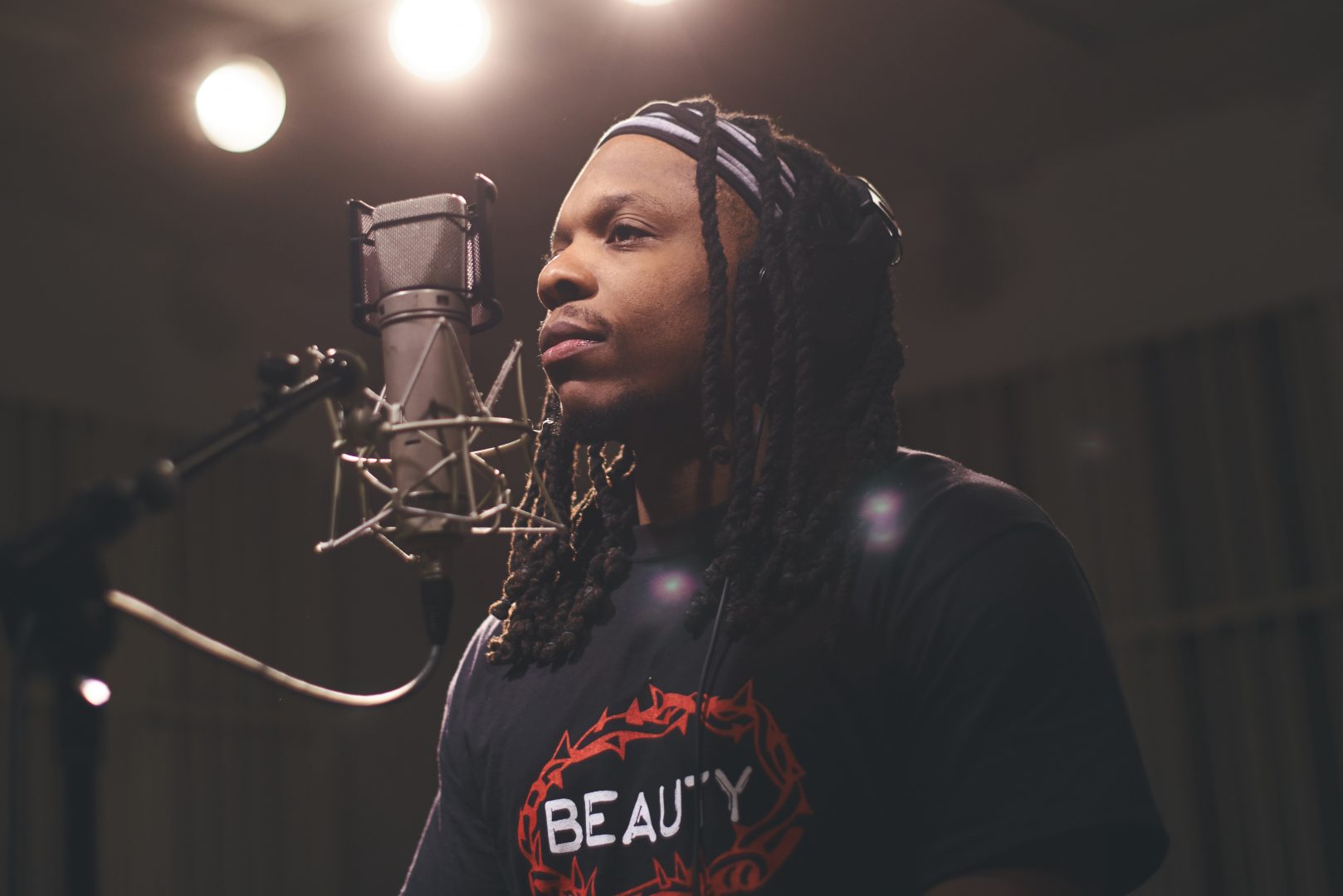 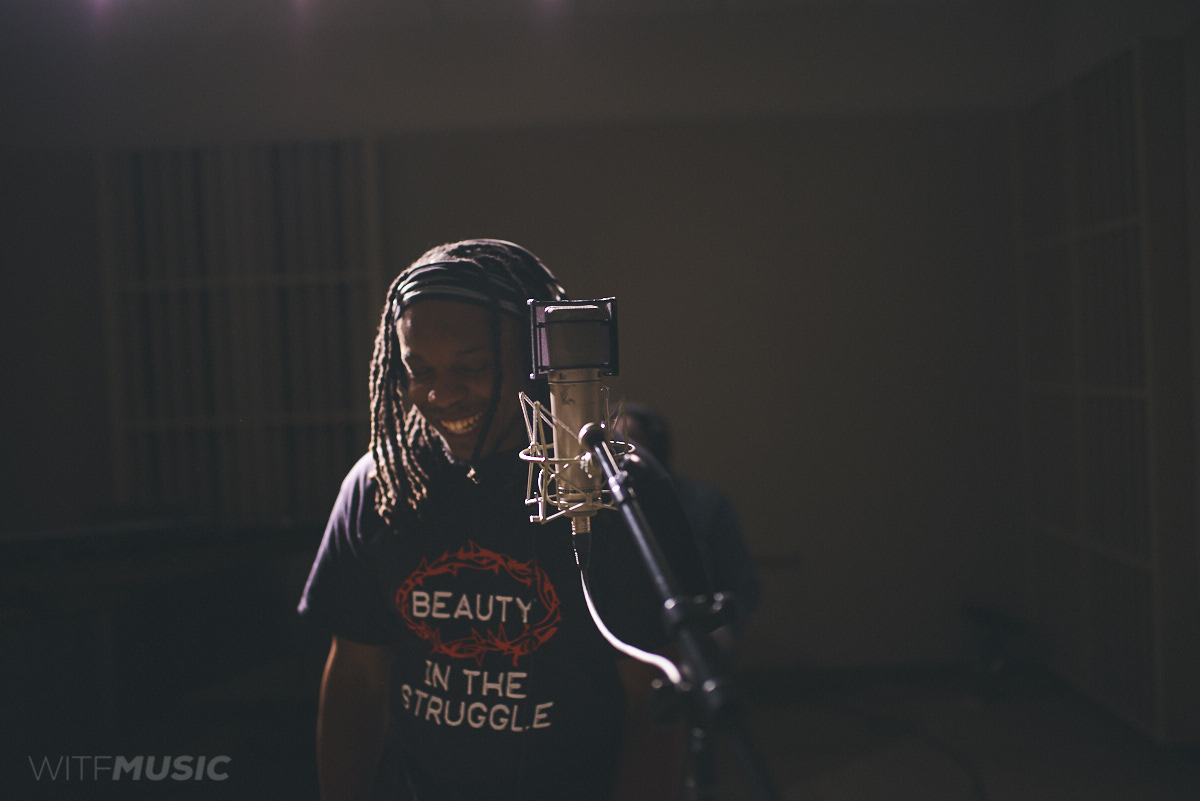 Milan Credle describes himself as an introvert, and maybe he is, but his way of dealing with any nervousness is not to be quiet and reserved; he jokes around during our interview by occasionally slipping into a British accent. “So I first moved to Lancaster [laughs] nah, I’m just kidding,” he says.

Milan grew up in Washington D.C. and moved to Lancaster for college at Millersville where he played football and majored in social work. He now has a wife and kids and is set to release his debut full-length album on June 1 (iTunes, Google Play). He’s not afraid to talk about his nervousness and how that plays into his performance. 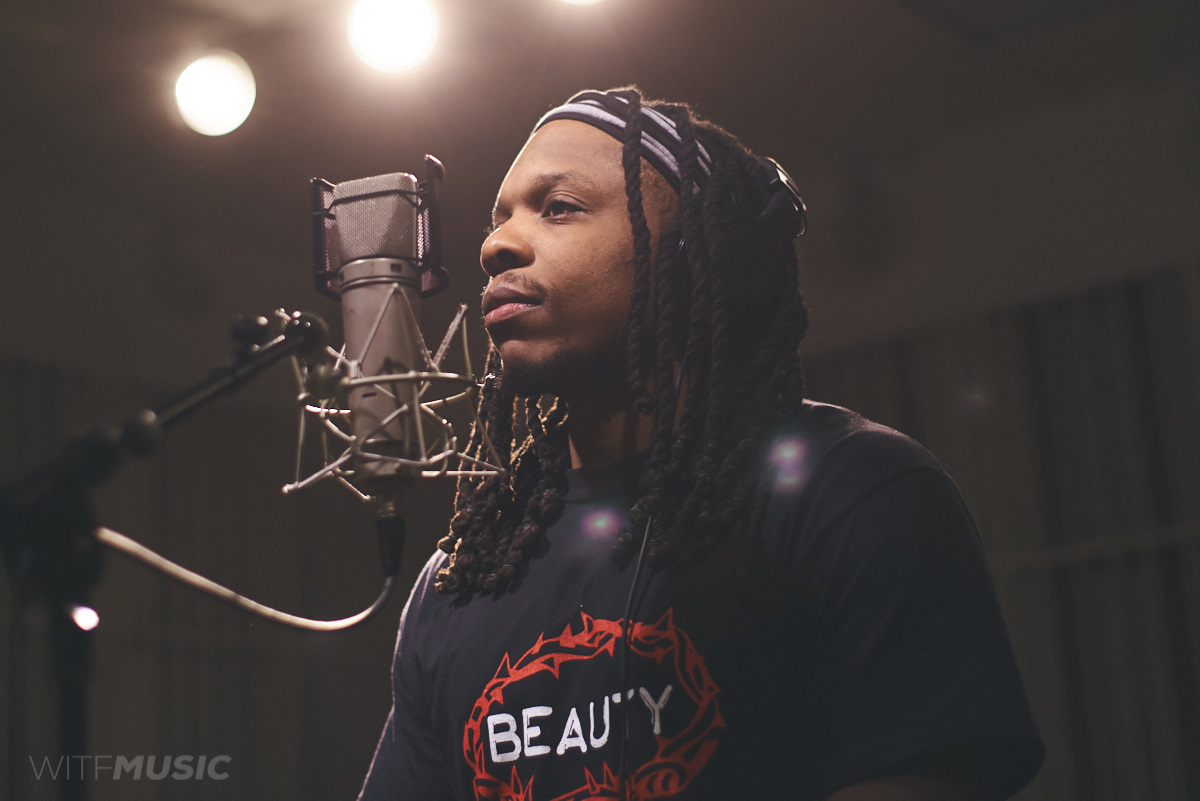 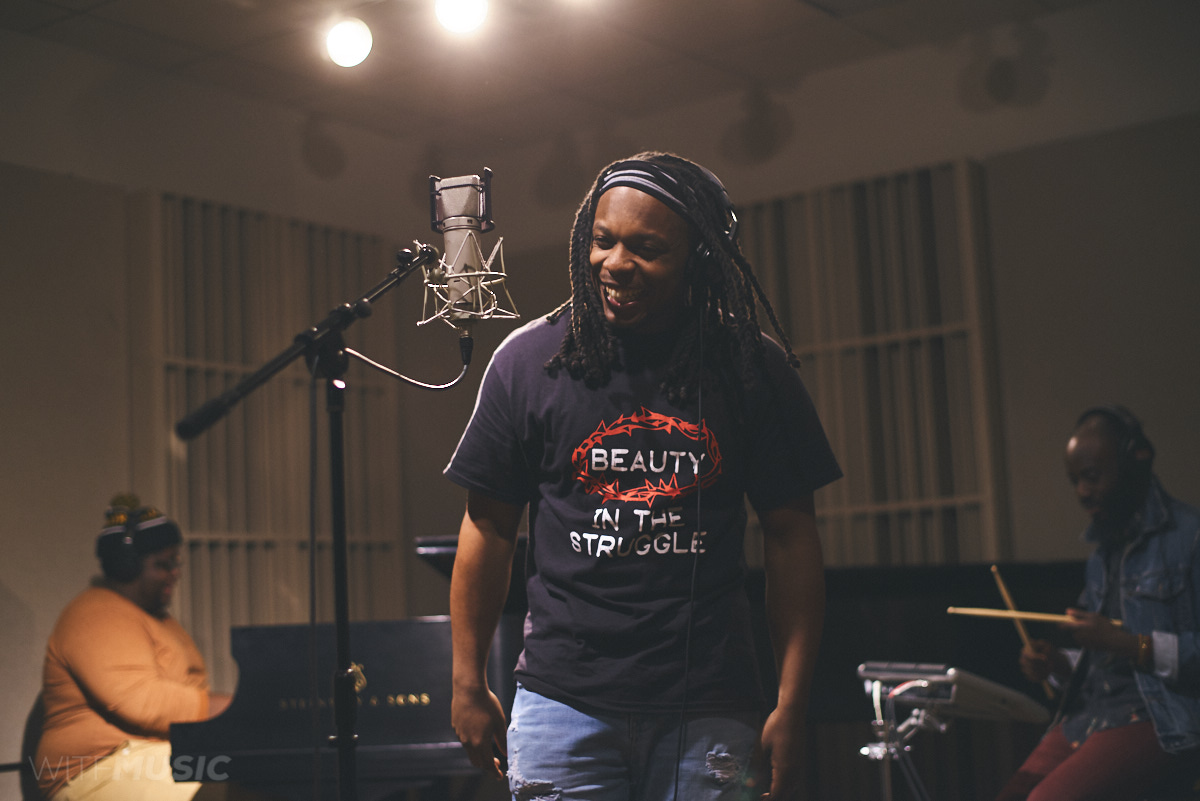 “I always get nervous. But I think what helps is, what shaped me is the way I grew up. My mom…since she was the only voice raising us, she always told us, ‘I don’t care what you feel, I don’t care what’s going on in the moment, you fight.’ So that tenacity in me… it’s always fighting that feeling to retreat and not give it my all. So I actually use it. You can always tell how nervous I’m feeling based on how hard I’m going.”

Growing up in D.C. Milan was surrounded by go-go music, a kind of subgenre of funk, R&B and hip-hop that involves live instruments. When he performed in our studio he brought along drummer Joseph Mobley and pianist Klaudellsh Larieux to perform his song “Ode to 3 (Cry)”. The song talks about three people in his life that he lost.

“A good friend I grew up with, he got shot…And then a really, really close friend who I also called a brother, his brother died like ten minutes before I went on stage…Then my brother died when I was 17. There was a lot of tears and a lot of writing. So I wrote the chorus…I wanted to write it bring healing to a listener, because it brought healing for me. You know we can reminisce on good memories even though this person is gone and it’s hard to move on. But all I do is think back on the good times that we had.”

Struggle and how to deal with it is a theme in his music. In our studio he wore a t-shirt emblazoned with the words “Beauty in the struggle”. The word “beauty” is encircled by a red band of thorns. It’s the title of one of the songs on his upcoming album. “Circumstances can be tough. Trying to live your dream and it’s really hard and you’re working hard it and you see nothing happening, see beauty in the that. I always picture a flower growing out of concrete. You know there’s beauty in everything.”

That positive attitude has carried Milan Credle through hard times and into a life of his own making. And he’s taking the struggles of his past and turning them into something that can help others. 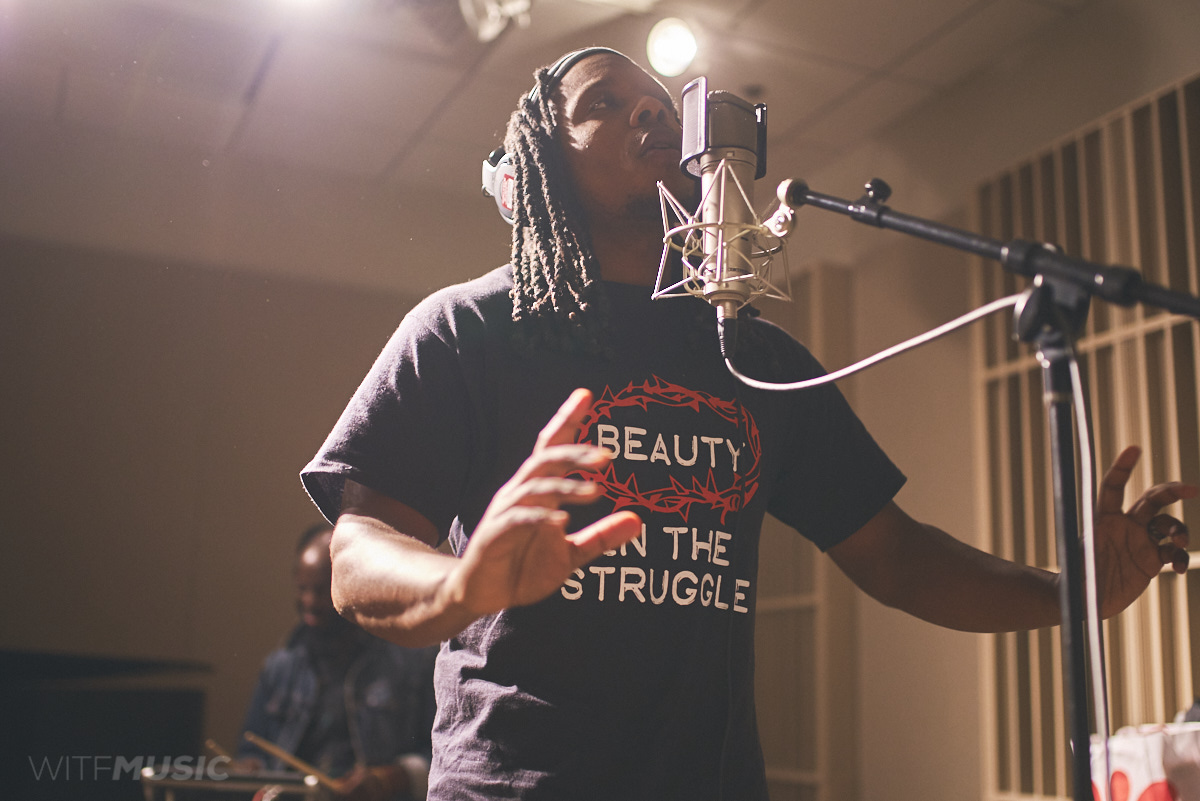 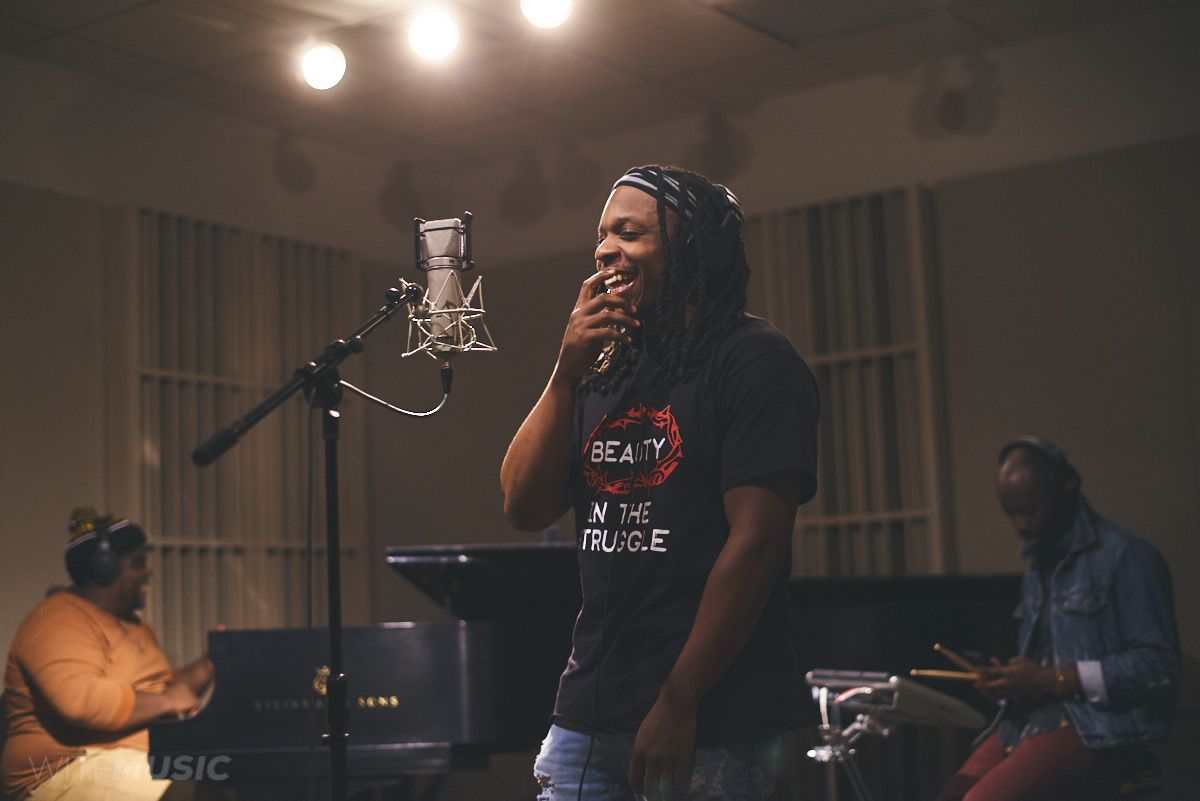 WITF Music is supported by: