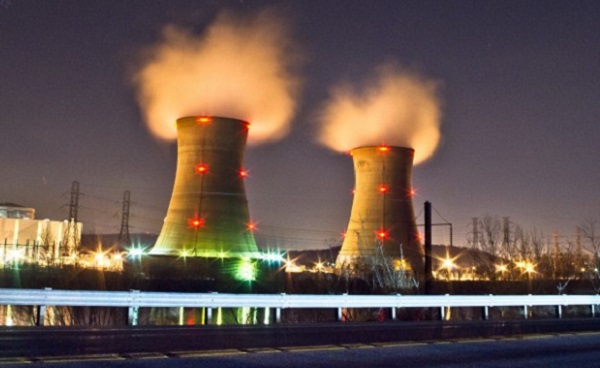 Will TMI be more or less dangerous after it closes? Depends who you ask. One thing is for sure: The risks won’t go away entirely.

(Middletown) — When Three Mile Island partially melted down on March 28, 1979, the danger was immediate and came from within the plant. A failure — either mechanical or electrical — led to the 1979 disaster, the highest-profile nuclear power scare in American history.

If the plant closes, as it’s currently slated to in 2019, that exact scenario won’t happen again. But without a federal plan to remove nuclear waste from the site, danger will continue to lurk at TMI for years, decades or centuries.

That’s why some have speculated that a nuclear incident could actually be more likely after plants like TMI close, which is happening across the nation with increasing frequency. These concerns follow decades of stalled solutions for the long-term storage of nuclear waste.

A spokesman for the Union of Concerned Scientists said that the length of time the hazardous materials could be stored on site is alarming. You might know the UCS from their highly-publicized, “Doomsday Clock” which tracks the likelihood of man-made Armageddon.

More immediately, the group worries about security: If security is reduced at plants after they close, the waste could be more vulnerable to attack, said Dave Lochbaum, the director of the group’s Nuclear Safety Project.

But the Nuclear Regulatory Commission, the governing agency for the nuclear industry, tells a different story. It holds that the security risks of a decommissioned plant are different, more specific — and in general — greatly reduced.

There’s little disagreement here: Three Mile Island — like all nuclear power plants — will continue to house dangerous nuclear waste for the foreseeable future, whether or not the plant begins the decommissioning process in 2019, as currently planned.

“Currently no other place for it to go,” said NRC spokesman David McIntyre. Plans to consolidate all of America’s nuclear waste in a single secure location have stalled for years.

He said it’s possible that the waste could be hauled off to a proposed temporary storage facility in the Southwest. But it would be years before such sites could be ready.

Lochbaum paints a less hopeful picture: He said that a site like TMI could be housing hazardous waste for decades or centuries.

There’s disagreement about how hazardous that waste is

A concerned scientist like Lochbaum would say that the nuclear waste stored in these locations has the potential for massive harm.

He compared the radioactive waste to a dirty bomb and suggested an incident could impact people who live several miles away from the site.

The official position is much more measured.

McIntyre said the path to a disaster with stored nuclear waste is specific and unlikely.  He noted in an email that that even in an extreme scenario, the waste would not create a nuclear explosion.

Nuclear waste is stored in two primary ways: Submerged in water or placed in a fortified cask. In either case, the NRC says that breaching these storage devices would require an attack of incredible precision or a natural disaster of incredible strength.

The agency stresses that if either of those unlikely scenarios were to occur, the potential impact of nuclear waste is far less than what exists at an active nuclear plant. 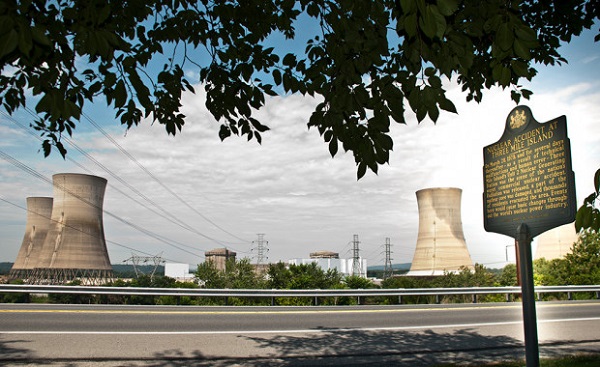 Risks lessen, but so does security

What is disputed: Does security at decommissioned plants keep up with the risks?

While any attack on a nuclear plant would have to be sophisticated to succeed, he worries that “once a plant shuts down … the balance shifts more and more towards the bad guys being successful.”

For example, while active plants are required to do force-on-force drills — which simulate an attack for training and evaluation purposes — he said decommissioned plants don’t complete these drills.

That could leave dangerous waste vulnerable, he worries.

The NRC sees things the opposite way.

McIntyre said that the NRC has the same security requirements for operating and decommissioned plants — even though the risk of danger is less at a closed plant.

“The plants are protected. They remain protected during decommissioning appropriate to the potential hazard to public health and security,” McIntyre said in a written statement.

He noted that sites can request waivers for certain security requirements. Force-on-force drills are one of the waivers most often requested and approved he said.

What will all of this look like locally? How will nuclear waste be stored? Who will guard it?

When the shutdown begins, TMI will turn in its license and produce a report within 30 days detailing how transitional details such as the storage of nuclear waste will be handled, according to TMI spokesman David Marcheskie.

That plan is currently being drafted, he said.